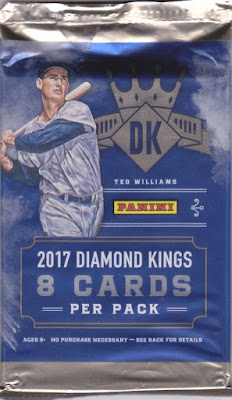 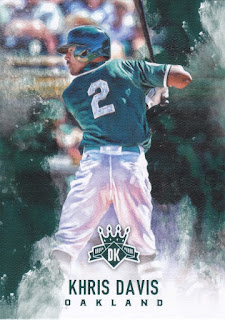 76 - Khris Davis - Like the similarly named Chris Davis, Khris is a high power/high strikeout guy. And so is Chris Carter. They're all kinds of confusing. 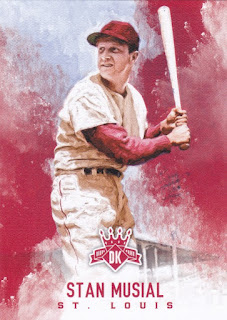 33 - Stan Musial - Hooray for Stan! I think we've probably seen this photo before, however. I mean, there are probably only so many usable photos of players like Musial from his playing days, and I know we really don't need to see a card of Stan The Man Eating Breakfast or anything. (FYI, none of these "paintings" are actual artwork, they're just "digitally enhanced" photos.) 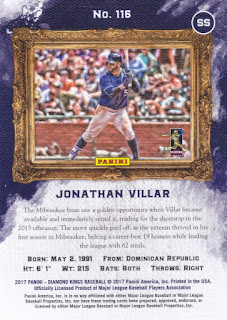 116 - Jonathan Villar - Here's a look at the back. It's not bad, but there are no stats. The picture is essentially what was used to create the "art" on the front of the card, before all of the digital craziness. Villar killed me in fantasy baseball this year, by the way. 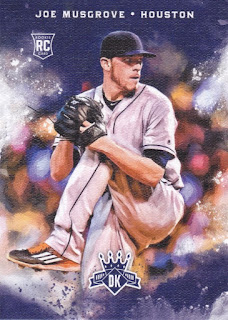 135 - Joe Musgrove - Rookies get a bit of a different design. Musgrove spent some time in the rotation this season but pitched out of the bullpen in Houston's postseason run to the top. 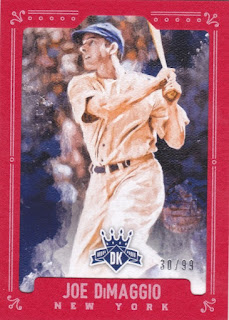 18 - Joe DiMaggio Red Framed (30/99) - Here's the clear highlight of the pack. I'm a sucker for framed cards. Here is something that was actually carried over from the mid-00's Diamond Kings years, although there are other sets and card companies who have pulled this off before. 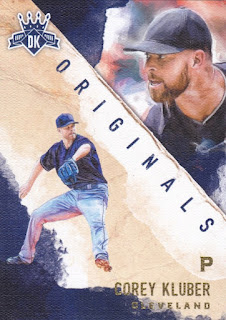 DO-2 - Corey Kluber Originals - Kluber had another terrific season and picked up another Cy Young Award this week. 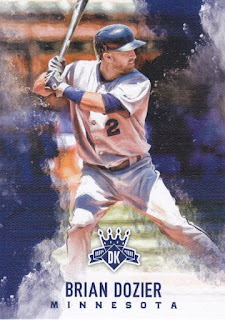 73 - Brian Dozier - Lack of license has robbed this perfectly reasonable player of his team identity. He may as well work mall security in Minnesota. 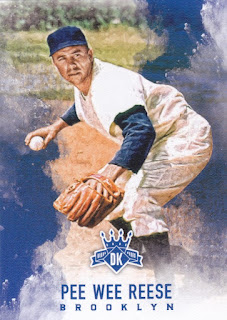 30 - Pee Wee Reese - Pee Wee completes the pack, as we throw it way back to the bygone Brooklyn Dodgers days.

I'd actually like the set better it consisted entirely of retired players.

Villar killed me in fantasy also... more so, he bet on himself and lost. If I remember correctly, the Brewers wanted to lock him up after his stellar 2016 campaign, but he gambled that he would keep producing and perhaps raise his market value. Man, he lost, and so did my fantasy team.

I'm not big fan of logoless cards... but DK is probably my favorite Panini baseball product.

These are beautiful cards if only they have MLB licensing. I refuse to own that Musial just because of the lack of logo.