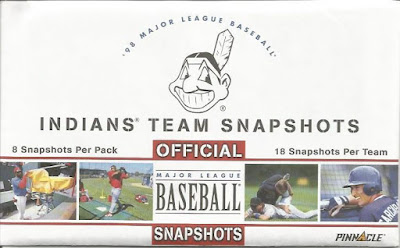 In the mid-/late- 90's, Pinnacle and Pacific tried to outdo each other with crazy, unique offerings to get collectors interested in the hobby. One such venture from Pinnacle includes these little gems, "Team Snapshots."

The packs of "cards" were presented as if they were photos you were getting from the development store (for those old enough, think Kodak Photo Huts; and for those who have watched the original "Back to the Future," we're talking about the little booth that gets obliterated by the Libyans when they come for Doc).

Even the back of the "pack" has the sealed envelope fold like we used to get when pictures were actually physical things you could hold: 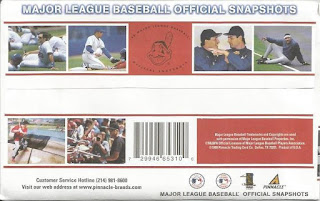 There were 15 teams used for these Snapshots sets. Each pack holds 8 photos. Each team has 18 photos total. The snapshots were sold in boxes of 25, essentially guaranteeing a buyer that s/he would get at least one complete set. It took me 7 packs to get a full set. The "box topper" (as we would call it now) was the team checklist: 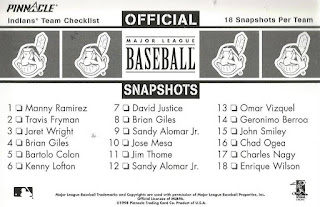 The snapshots themselves are 5x7 borderless photos which appear to have been taken during Spring Training. The scans do not do these things justice at all!  They are high-gloss photos that look like something anyone with a mid-/high-range film camera would have taken back in the day.

In this pack, we have: 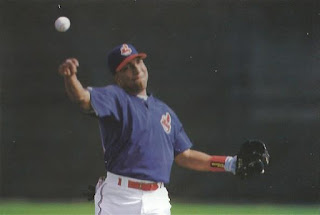 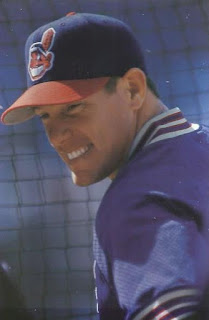 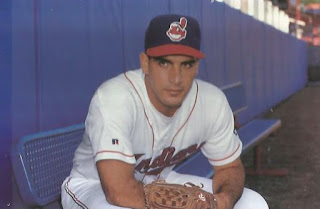 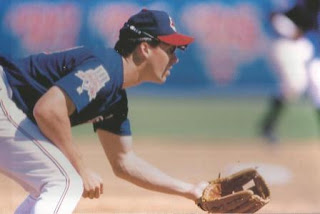 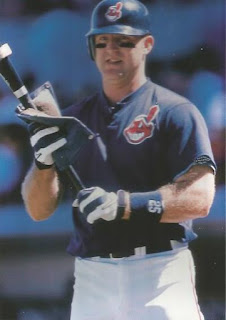 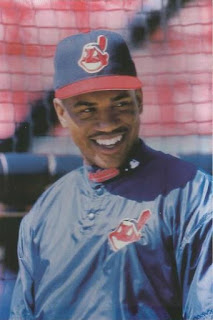 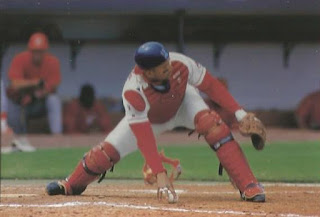 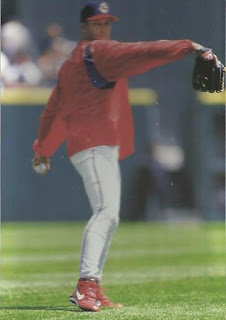 The backs carry the "photomat" concept through with a repeating diagonal Pinnacle logo, copyright info, and the item number (# of 18). Nowhere, however, is the player's name, etc listed. These are meant to resemble photos as if you had them developed yourself.

Love these....right at the height of my Tribe fandom.