Written by Jafronius at 11:53 AM
Greetings!

Hope everyone is doing well.  2018 Bowman...the set that has set the hobby ablaze.  Why's that?  Because of this.  The May 11 deadline has come and gone and I didn't read about an update, so I don't know if anyone cashed in on the $100K offer...but that hasn't stopped collectors from buying boxes and boxes of the stuff.  My Target has yet to stock any of it, but this past weekend I was making a final Toys R Us run and decided to try out the nearby Target.  They had no boxes but they did have a full gravity feed box, so hey why not?  It's a pack of 2018 Bowman! 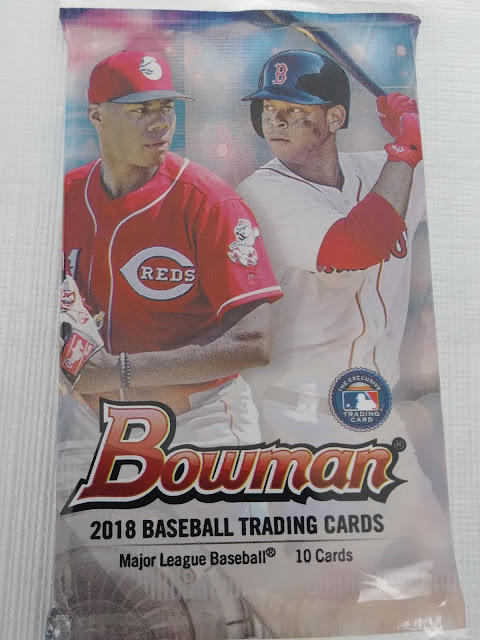 10 cards per pack, here's the checklist.  Did I snag the prized Ohtani?  Of course not...here's what I got: 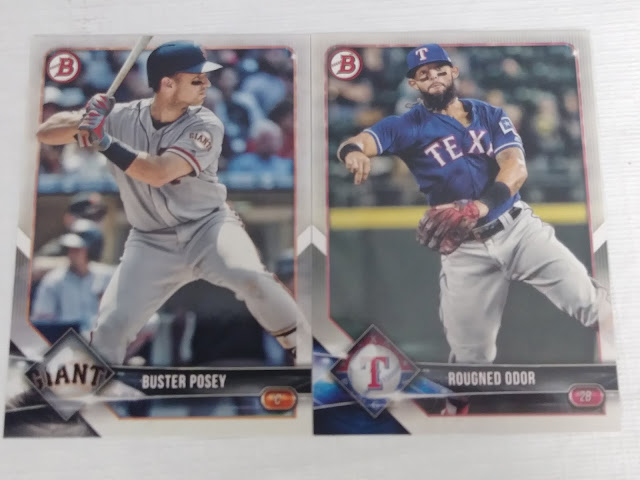 Standard clean Bowman design.  I'm not a prospector so I don't usually get Bowman unless it's in a discount box. 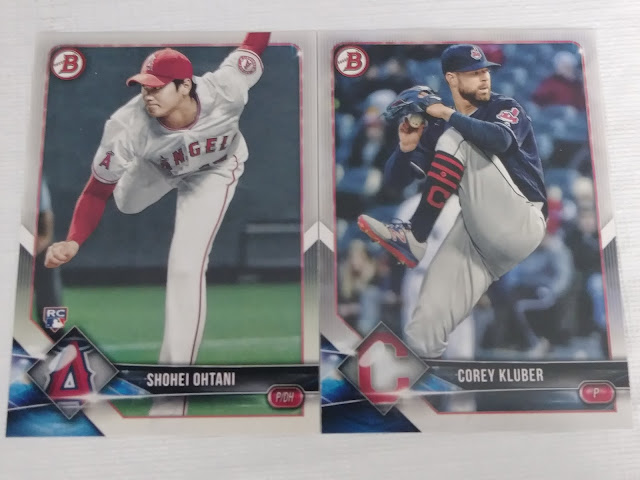 Hooray!  Got the base card in my pack, making my kid real jealous.  Kinda quells the urge to keep buying packs of Opening Day to try to get the Ohtani RC there. 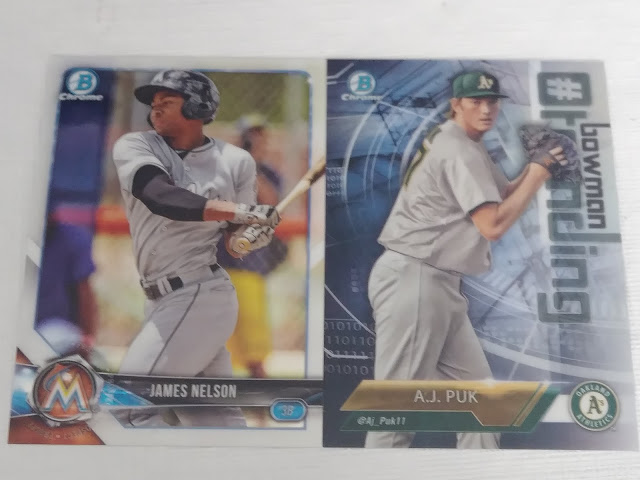 Here's where the pack starts to get uninteresting.  The Bowman Trending set comes 1 in 6 packs. 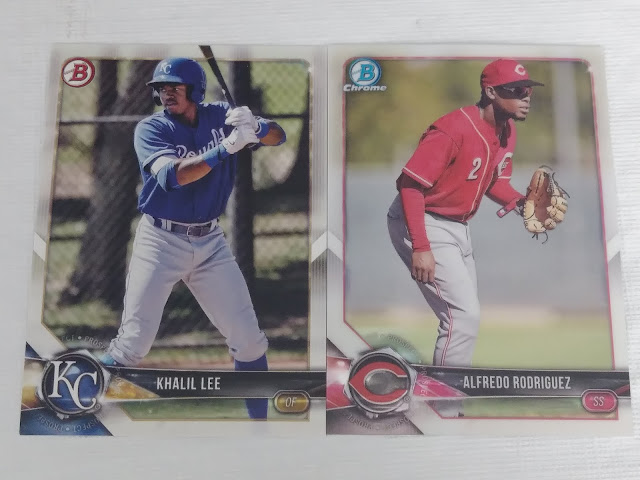 I'm surprised the two Chrome cards didn't come next to each other. 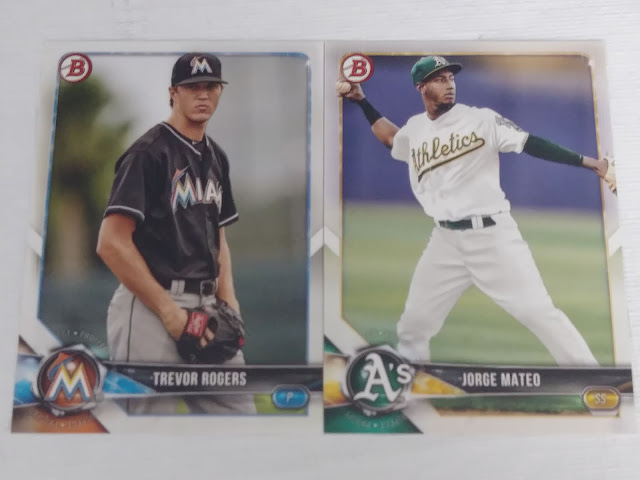 Here's some backs because Ohtani: 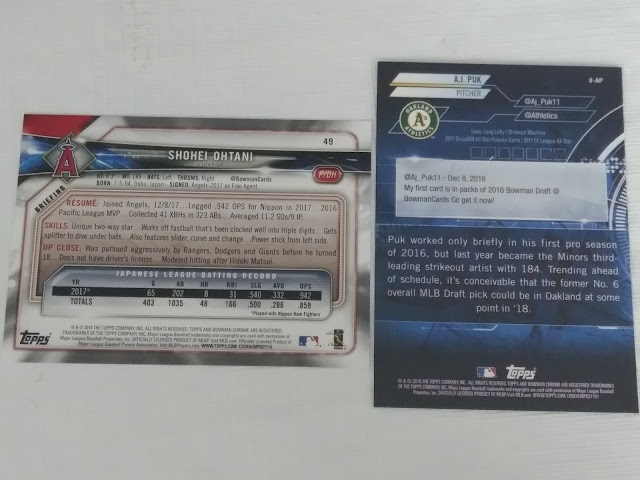 Anyway, that's the pack.  Enjoy the Stanley Cup Final (something unnatural about a first year expansion team in the Final) and the NBA Finals (I say Golden State wins Warriors / Cavs IV in 6).  Thanks for reading!

The Ohtani card really made that a win. You have to be happy when you can grab him when picking up only a single pack. Good job.