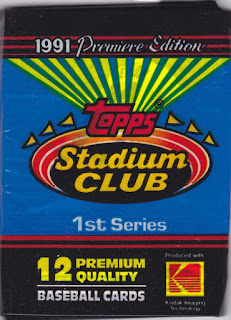 Here's a blast from the (premium quality) past. We've seen a couple of packs of the 2nd Series of the inaugural Topps Stadium Club set posted here, but no 1st Series thus far. This comes with the old Kodak logo prominently featured on the wrapper, so you know it's the real deal. 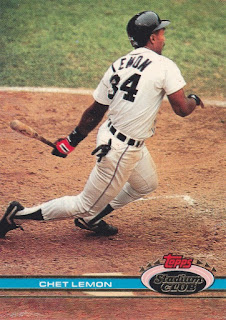 23 - Chet Lemon - We start things off with a member of the 1984 Detroit Tigers championship team. 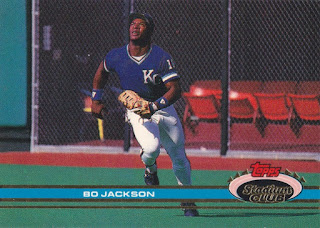 224 - Bo Jackson - At the time, most people were caught up in the hype of Bo Jackson's 1990 Score shirtless football pads pose, but I think this one will ultimately go down as a classic. 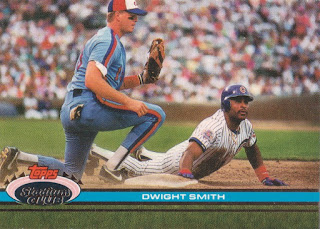 181 - Dwight Smith - Smith and Jerome Walton were once the future of the Cubs, I guess. 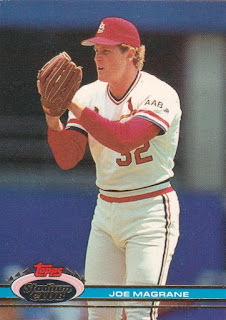 85 - Joe Magrane - Magrane was good with the Cards but didn't get a ton of recognition. He's been a regular MLB Network contributor in the decade or so it's been on the air. 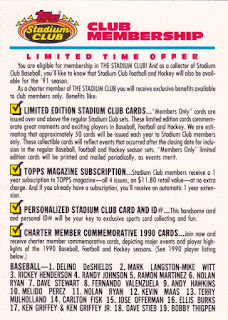 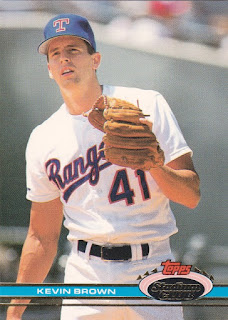 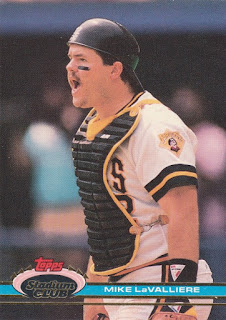 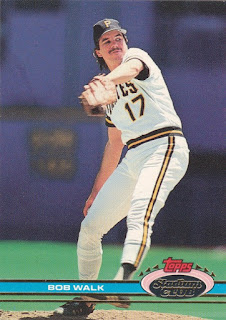 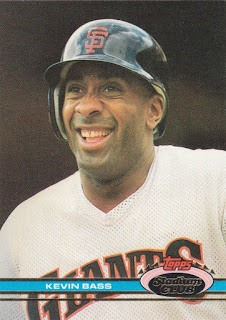 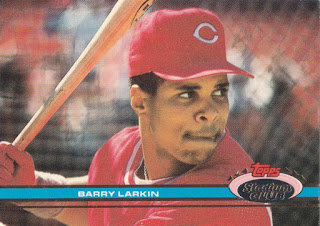 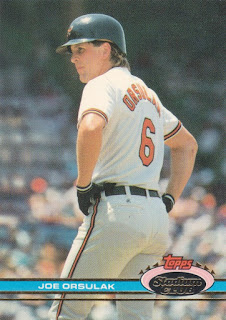 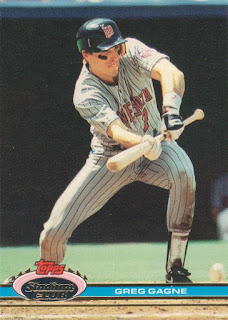 277 - Greg Gagne - This was from a bygone era when even the Twins wore pinstripes. 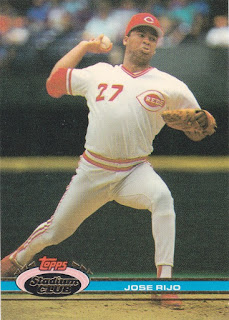 If I was putting together a Frankenset of awesome action shots... that Bo would be included.

Every time I see a LaValliere card I always think he has a pig face.

I recently found out that LaValliere is from my hometown of Charlotte, NC!