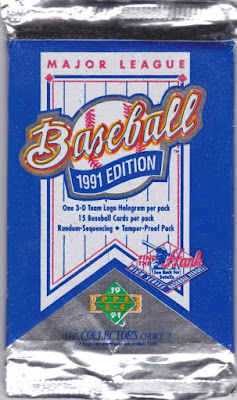 The All-Star break is upon us. Has it really been that long since Opening Day? Let's check out an old pack of baseball cards in honor of this occasion. We've seen the "low series" of 1991 Upper Deck here, but not the "high series", which features a mix of cards from the base and extended set, but really leans on the newer (701-800) cards. 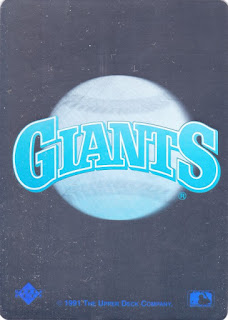 Giants Team Hologram Sticker - As was usual for the first few Upper Deck sets, the pack comes with a hologram team sticker. This one features a team that managed to beat my Cardinals this afternoon despite only two hits. 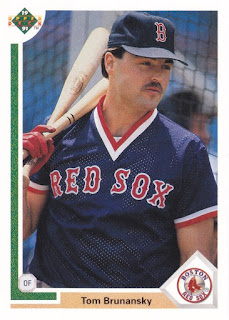 163 - Tom Brunansky - Bruno was around for the tail end of the Whiteyball era in St. Louis, but he left for Boston around the time Herzog did. 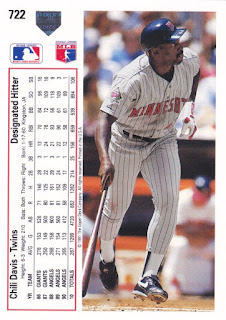 722 - Chili Davis - A glimpse of the classic Upper Deck card back and our first look at a high series card with a player on his new team. 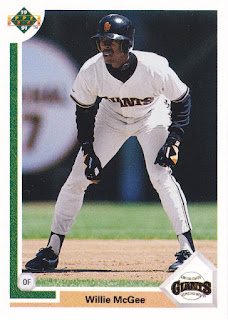 721 - Willie McGee - Willie on any other team but the Cardinals feels weird, even though he spent a few years in the Bay Area. 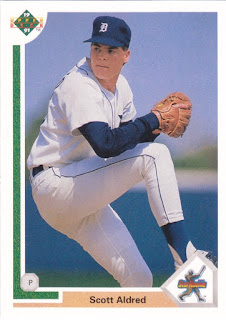 7 - Scott Aldred - The saga of the Upper Deck Star Rookie started, of course, with Ken Griffey Jr. Even though he would go on to have a 9 year MLB career, Aldred didn't exactly make the mark that The Kid did. (Something about that career ERA over 6...) 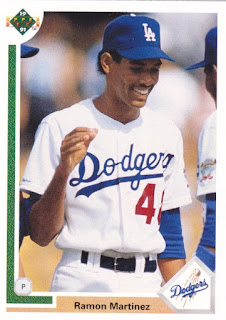 136 - Ramon Martinez - In 1991, only some kind of idiot would think that Ramon wouldn't be the best Martinez brother. 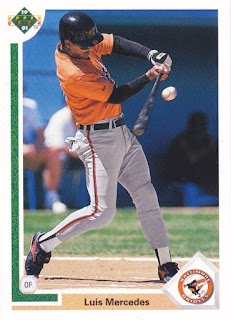 745 - Luis Mercedes - This was long before the era of the mismatched uniform tops/bottoms, so this was clearly a spring training shot of Luis Mercedes. 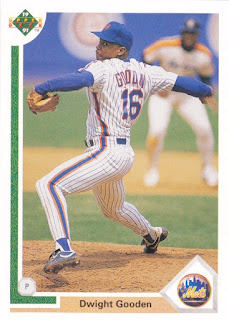 224 - Dwight Gooden - Anyone who grew up in the '80s wishes that Gooden had been able to realize his full potential without other off-field issues, but I guess we could say that about most players. 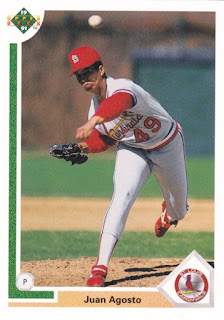 788 - Juan Agosto - It's a Redbird! Agosto was a solid reliever there for awhile. 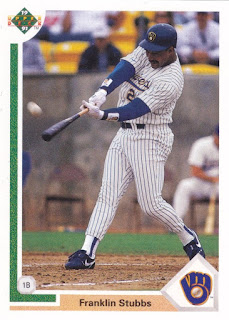 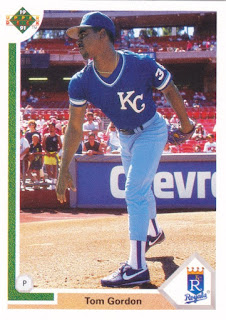 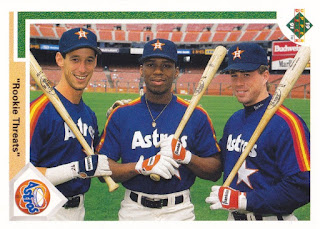 702 - Rookie Threats - It's funny that "Rookie Threats" is in quotes, as if to tip off the cardholder that these guys were actually really nice and well mannered. Hey, it's Luis, Jeff and... uh, the other guy in the middle. Tuffy, right? 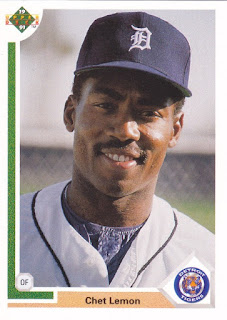 389 - Chet Lemon - Upper Deck went with the portrait shot for the front of the card for a bit of variety. 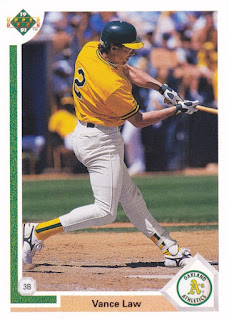 760 - Vance Law - I barely remember Vance Law, and have no recollection of him at all playing for Oakland. I watched a lot of A's games back then, because of Canseco, McGwire, etc. 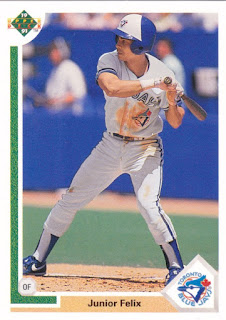 563 - Junior Felix - Felix seemed like a popular baseball name at the time. Felix Jose, Felix Fermin... I guess this was way before the days of Felix Hernandez, though. 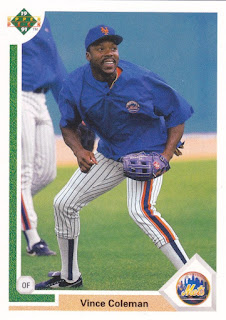 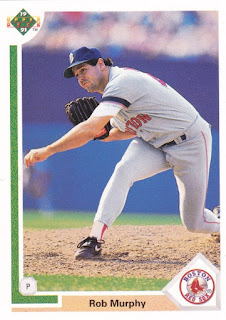 683 - Rob Murphy - I have nothing to say about Rob Murphy, except that he was the 16th card in a pack that promised me 15 of these guys. It's a Junk Wax Miracle!