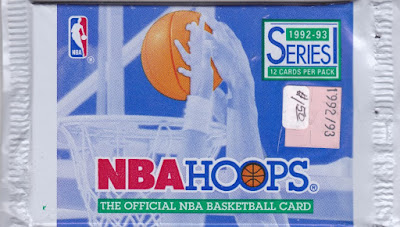 Keeping with the basketball theme of late, let's check out another old school pack of Hoops cards. We actually saw a pack break of Series 2 from this set on this very blog nearly a decade ago. If I recall, this was one of the very first products to offer redemptions (aka "exchange cards") along with the famous Shaq "Trade" card from Upper Deck this same season. 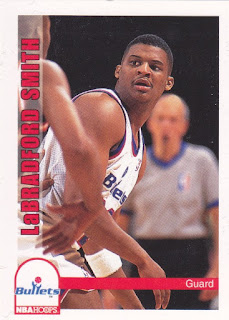 237 - LaBradford Smith - This one is very closely cropped. You can even see a fuzzy ref in the back, though. These days, they would have found a way to replace him with digital noise or an ad for something or other. 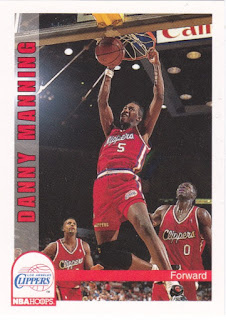 101 - Danny Manning - One of the underrated stars of the league. Playing for the Clippers will do that to a guy. 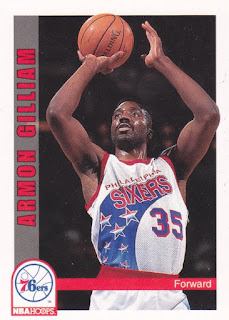 173 - Armon Gilliam - This was nobody's favorite Sixers jerseys, which means Nike will probably find a way to bring them back. 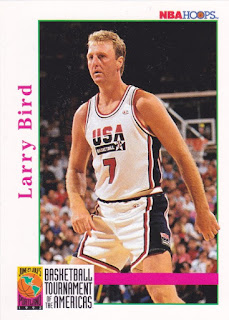 337 - Larry Bird Basketball Tournament of the Americas - This was the year of the Dream Team, so Team USA cards were all the rage. Presumably SkyBox (formerly known as Impel who was responsible for the NBA Hoops line from the start) had a tight deadline for this set and couldn't get cards from the Olympics into the set, so they created a subset for the warm-up tournament that was actually held at Memorial Coliseum in Portland. I should probably own all of these just for the historical local (to me) significance. 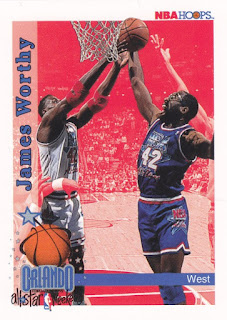 318 - James Worthy All-Star Game - The 1992 All-Star Game was one of the most memorable basketball events of my life, but I'm not entirely sure why. Was it the loud blue uniforms, or was the timing just right in my life? Clyde Drexler had a great game, but this was to be forever known as the Magic Johnson comeback game. 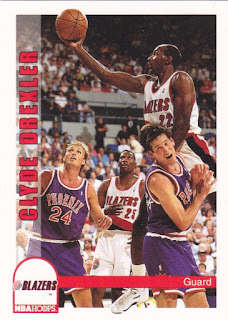 189 - Clyde Drexler - Speaking of Clyde, this is just a perfect card on so many levels. 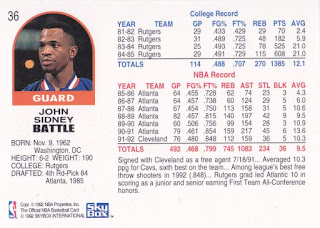 36 - John Battle - The classic Hoops card back. I always say this, but I really liked that they would include college stats even for veterans. 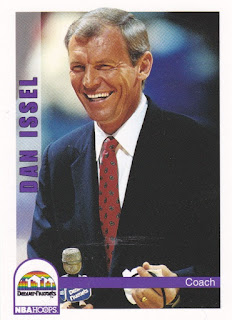 245 - Dan Issel - The Nuggets legend took a stab at coaching and if I recall, it didn't go terribly well. 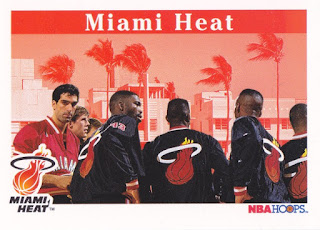 279 - Miami Heat - This is just a team fact card. The one guy facing the camera (is that Rony Seikaly again?!) looks awfully devious. 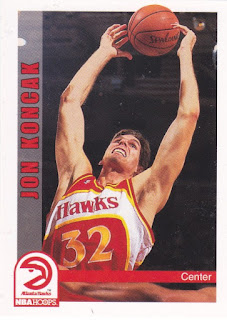 5 - Jon Koncak - AKA Jon Contract, back from when I needed to be told by my parents and other older people when and why I should be outraged by player salaries. 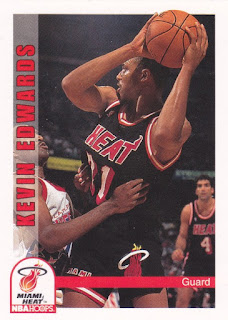 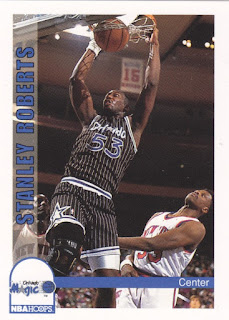 163 - Stanley Roberts - Not many got over on Patrick Ewing, but it appears that the rookie Roberts did... this time.