Written by cynicalbuddha at 7:30 AM 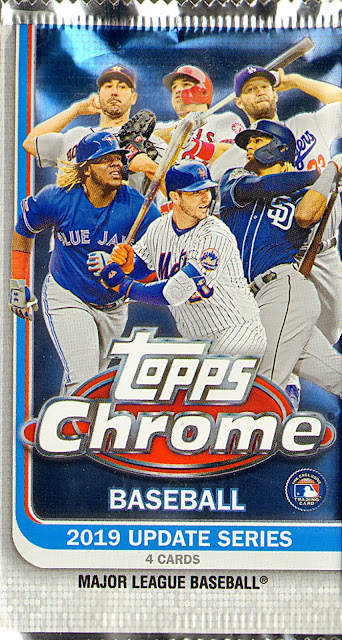 I had to pick some stuff up just before Christmas and also picked up a three pack of Topps Chrome Update to try it out.  If you remember Topps started putting out the Chrome update as an exclusive bonus to the retail mega boxes.  I guess those were popular enough that Topps decided just make it a larger release.  Nothing to write home to mom about in any of the packs, this was in my opinion the best of the bunch. 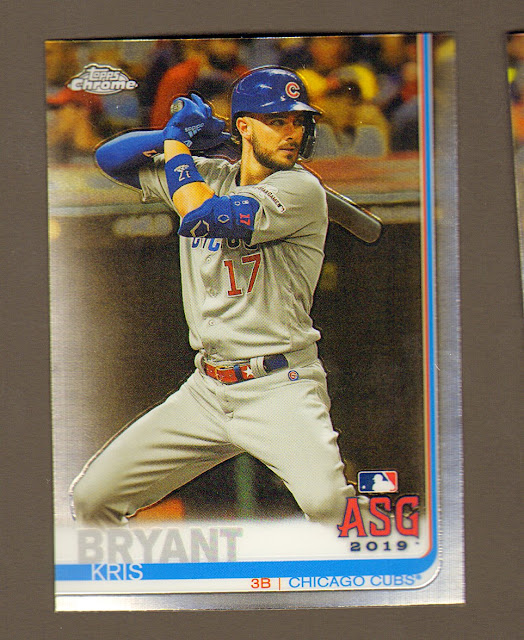 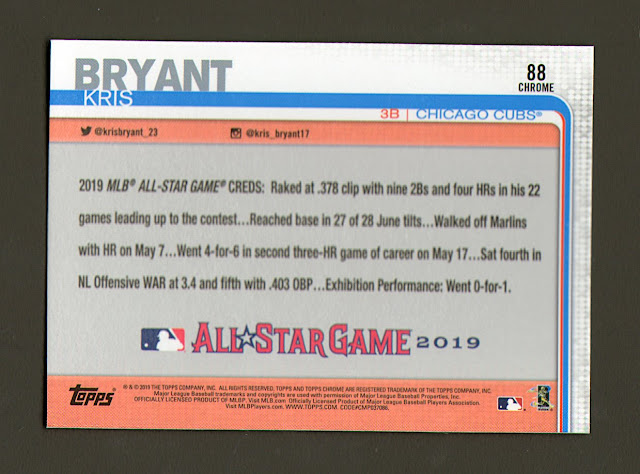 I do find it interesting that decided not to put a prefix on these cards or use the label under the card number to denote that this is the update series.  I'm sure that won't lead to confusion in the future. 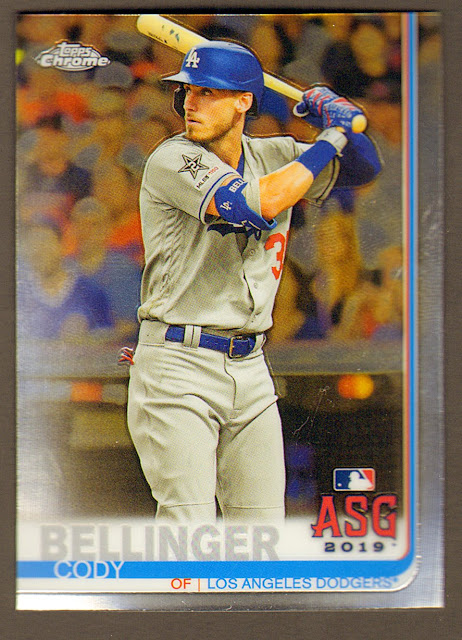 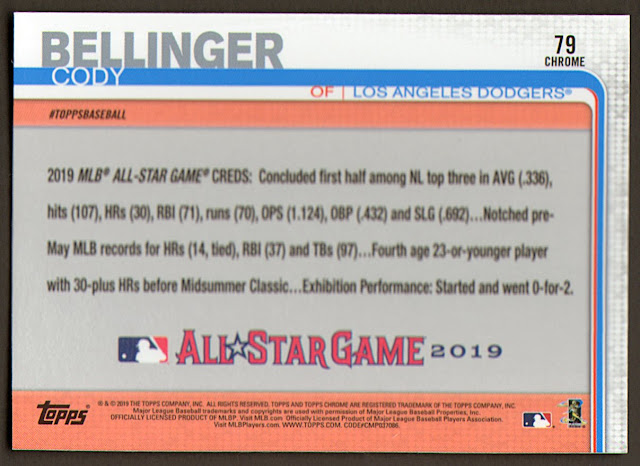 Both my base cards were All-Star sub set cards.  I also pulled to inserts in the pack. 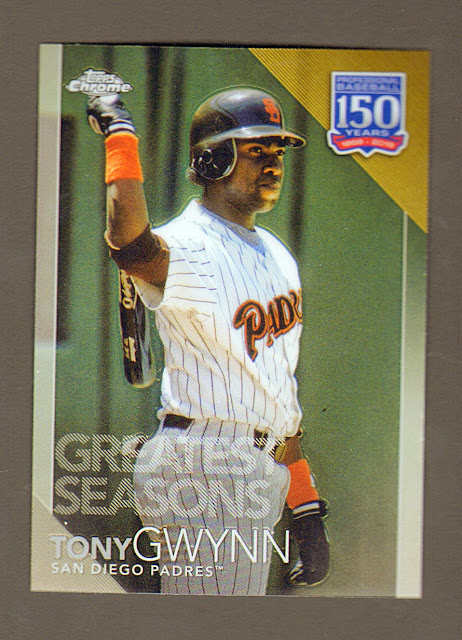 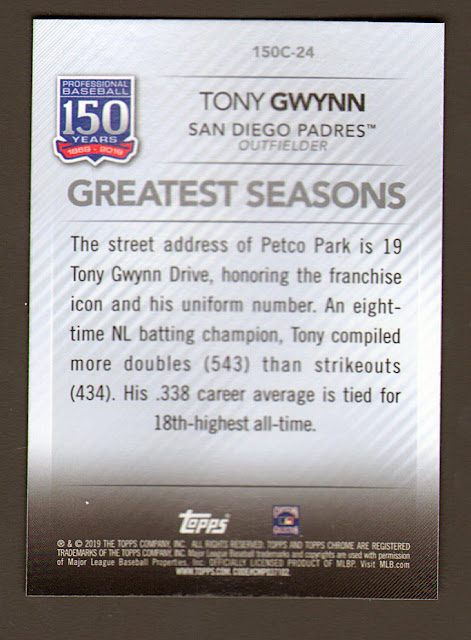 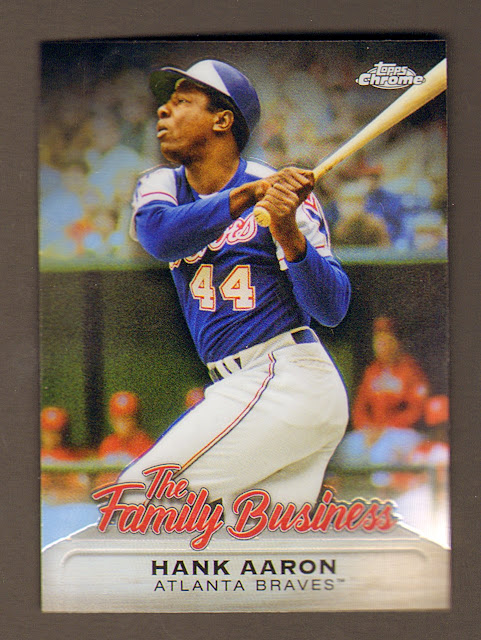 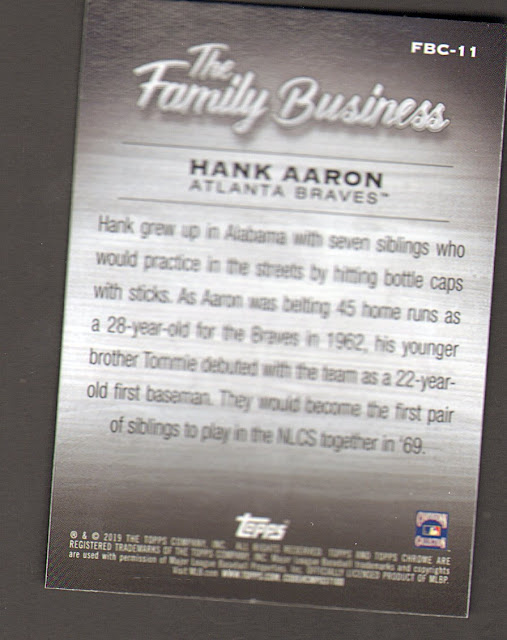 While a little color would have been nice, pulling the Hank and Tony were a  nice surprise and the 150th cards and Family Business look great chromed out.

I'm trying to remember If there was ever a time when I collected as a kid (80's,early 90's) that a card company released 4 - card packs.

Four cards and two were inserts? I realize that there are some collectors who would be stoked. But to me this is just another sign that Topps is flooding our hobby with cheap inserts. They should just turn them into subsets and call it a day.

I find it amusing that the Aaron card mentions that Hank and Tommie were the first brothers to play in the NLCS, in 1969--that was the FIRST NLCS!

Nice pull for a short pack. I'll take an Aaron or Gwynn anytime.