Written by Rebel Coyote at 5:37 PM 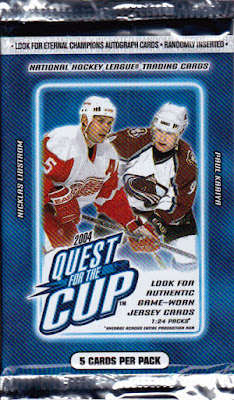 Pacific was super active in hockey putting out eight sets that year. This one is called Quest For the Cup set. There are five cards in a pack with two sets to build outside of the inserts. Say what? Two sets? Yes two sets. You have 140 card QftC set and 600 card Compete set. Pacific decide to stick one card of Complete in six of their sets. QftC packs get cards 401-500 of Complete. I wonder if anyone ever did manage collect the entire set. On to the cards.... 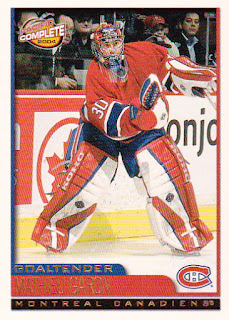 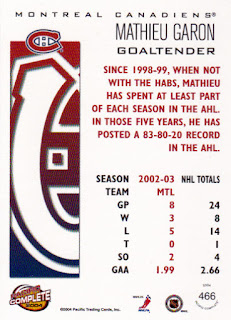 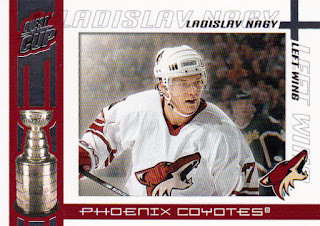 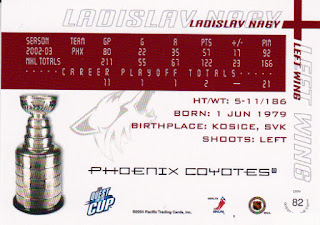 82 - Ladislav Nagy - the main set looks pretty good with Stanley Cup and the player's team colors. He played 8 seasons in the NHL before returning and playing remainder of his career in Europe.. 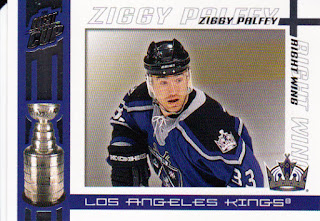 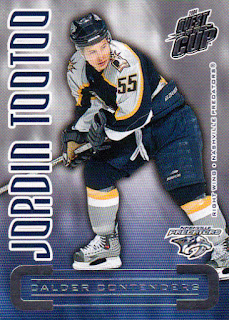 13 - Jordin Tootoo (Calder Contender) - insert card that runs 1:7 in packs. He never won the award but sure likes to dish out checks, hits, and getting in his opponents head on ice. 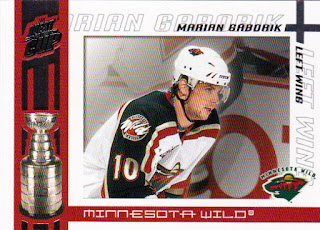 Who feels like collecting Complete set after done putting together entire QftC set?

Email ThisBlogThis!Share to TwitterShare to FacebookShare to Pinterest
Labels: 2003-04 Pacific Quest For the Cup

I like the complete set design. Fun cards though. I've never seen these before.