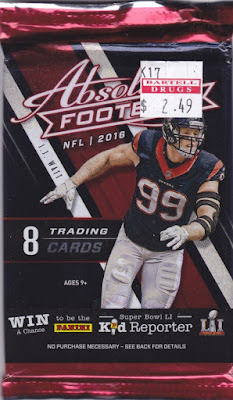 Well, here we go. It's Week 17. Teams are fighting for their playoff lives today. I don't typically buy football cards at all, but I'll occasionally pick up an odd pack at a card show or shop if it's cheap enough for posting on the blog, which is what we have here. I definitely didn't pay $2.49 for this and I'm not sure what a Bartell Drugs is. 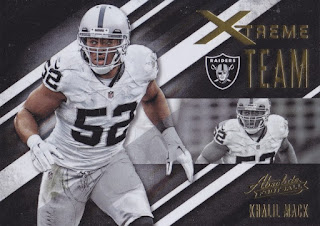 11 - Khalil Mack Xtreme Team - Right off the bat we have an insert card. I can't say I understand them, but I have admire the contingent of Raiders fans who continue to follow the team despite their migrations throughout the large state of California. 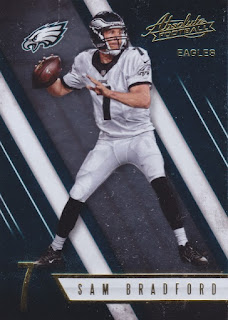 92 - Sam Bradford - Here's a guy from my team, although he's probably not remembered all that fondly. I was on board with the Eagles picking up this guy, but it didn't really work out in the end. Maybe someone could point to how this and the Chip Kelly days laid the groundwork for the team's eventually Super Bowl win, but I don't really go that deep with the NFL. 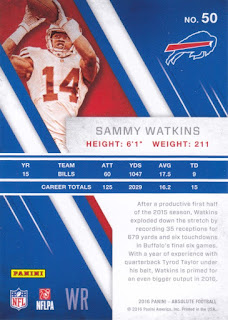 50 - Sammy Watkins - It's a typical Panini set with a very basic card back. 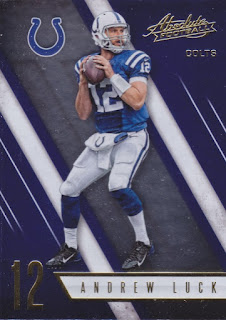 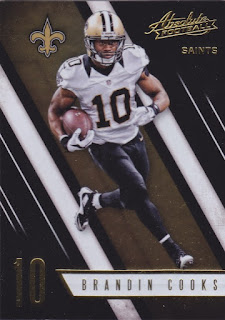 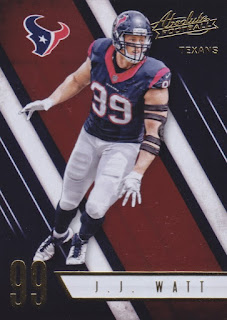 14 - J.J. Watt - One of the rare defensive players who became a true superstar of the game. 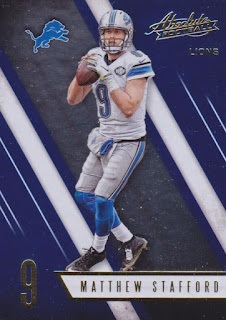 71 - Matthew Stafford - I guess my uneducated take on Stafford is that he's one of the best QB's to play for nothing but mediocre to downright horrible teams. 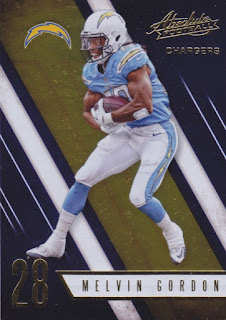 28 - Melvin Gordon - We end with a guy who is probably moving on from a disaster of a franchise that moved to LA for no real reason. I would be interested in talking to someone who is still a Chargers fan at this point, but I'm not sure if anyone would cop to it.

Fun pack and not a bad pull. The Mack card is nice looking card. Wish the Bills hadn't got rid of Watkins.