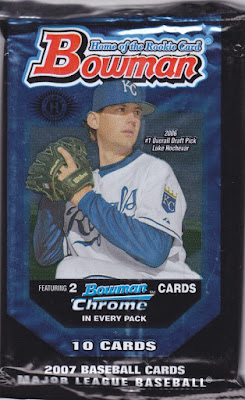 Here's a hobby pack of Bowman cards from 2007, back from the days of Dice-K, Lincecum and Luke Hochevar, apparently. I believe I picked this up at a card show. 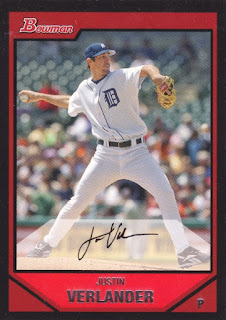 2 - Justin Verlander - Right off the bat we get a card of a pretty big star in Verlander, from one of his early seasons. Verlander was fresh off of a World Series appearance in which neither he nor his team did all that well, if I recall. 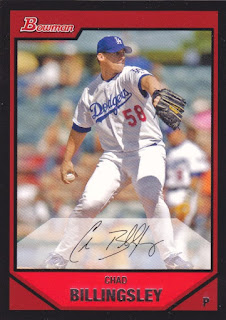 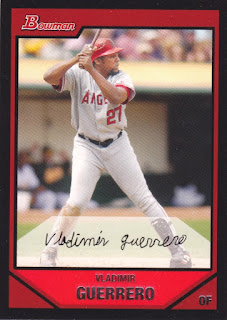 136 - Vladimir Guerrero - Long before his son was all the rage, Vlad (Sr) was finishing up the latter half of his career quite decently. 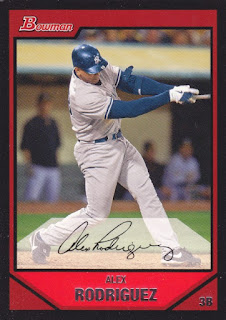 200 - Alex Rodriguez - I wonder what A-Rod thinks of the recent cheating scandal in baseball. Let's hear it, A-Rod! 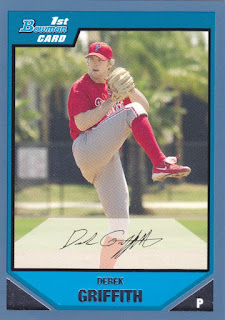 BP34 - Derek Griffith Blue Prospects (350/500) - Bowman continues today much in the same vein as they were in 2007, with the expected mix of vets and prospects. This is a color "paper" parallel of one of the prospects. I have no recollection of this player who apparently topped out in A ball. 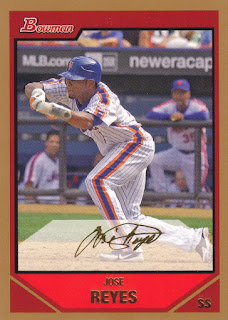 99 - Jose Reyes Gold - Long gone, though, are the days of the one-per-pack gold parallel. I guess at some point Topps thought we all lost our gold lust or something. 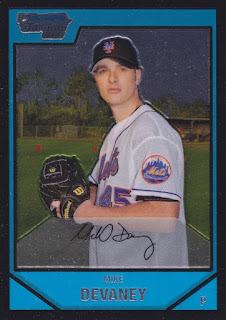 BC40 - Mike Devaney Chrome Prospects - Back to the prospects here. Devaney is the second player who would not appear for another affiliated baseball team after 2007. 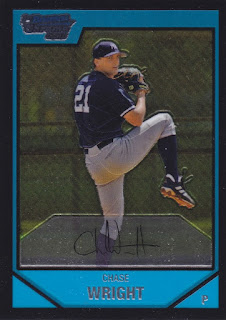 BC36 - Chase Wright Chrome Prospects - Wright was a pretty big prospect at the time, probably overly inflated by coming up with the Yanks. 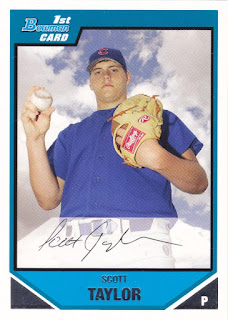 BP14 - Scott Taylor Prospects - Taylor looks like a massive dude, but some of it might have to do with the camera being pointed up at the clouds. 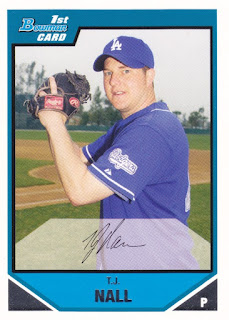 Email ThisBlogThis!Share to TwitterShare to FacebookShare to Pinterest
Labels: 2007 Bowman