Hope everyone enjoyed their New Year's celebrations.  We're seven days into the Roaring '20s and all the tidings of comfort and joy seem to be gone.  It's always a bummer when all the decorations go down.

The new year means new goals...maybe our goal should be to rebound from a horrible 90 post showing in 2019, the worst in the 10+ years of this site.  I'll do what I can to make that a reality!

Anyway, a few months ago, my eldest came home from a Walgreens run with The Wifey all excited because he got this: 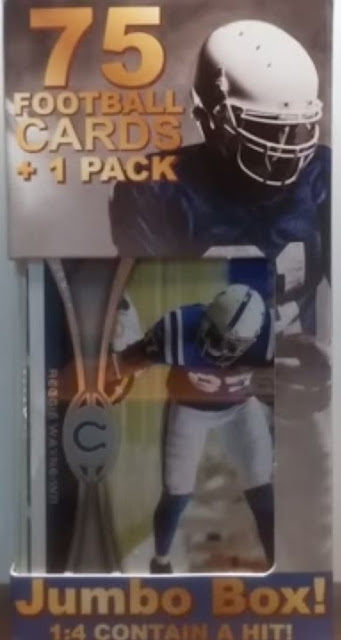 Well, not that specific box; the image above is from the interwebs since he trashed the box before I could take a pic of it.  After I went through the stack and tried to figure out why he wanted a repack box of football cards (no particular reason), I checked the site and didn't see that we had one of these boxes posted here.

I didn't take pictures of all 75 cards, nor did I write down all 75 players or sets they came from.  I did total the years the cards came from and took (not great) pics of some of the more interesting cards that's now somewhere in his room.  Here's what he got: 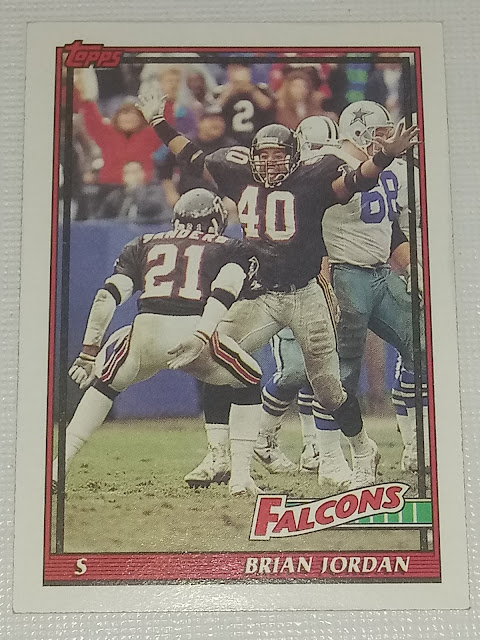 I'm pretty sure this was on the front of the box.  Pretty nice shot of the two 2-sport players. 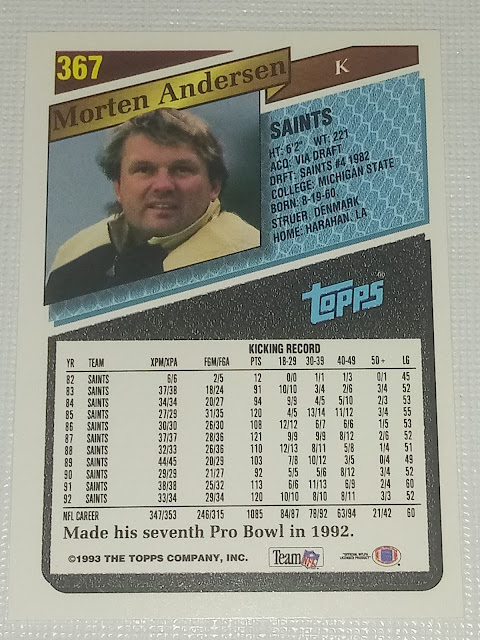 Not sure why I took the pic of the back of Morten's 1993 Topps card.  Maybe I was impressed with kicking stats...something Panini would never show. 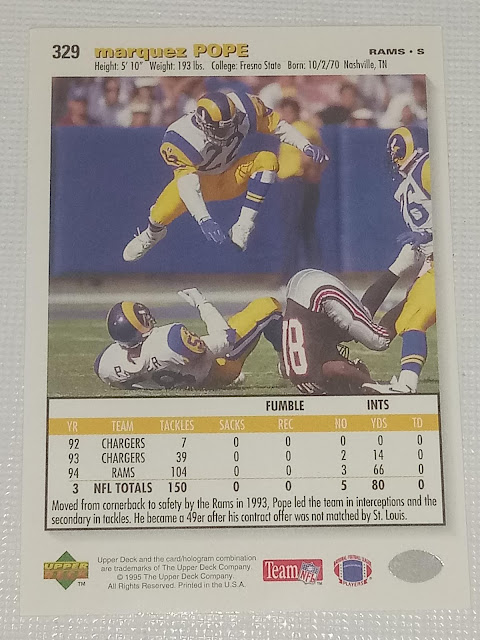 Here's another back.  I'm 100% sure the back was better than the front (another dig at Panini). 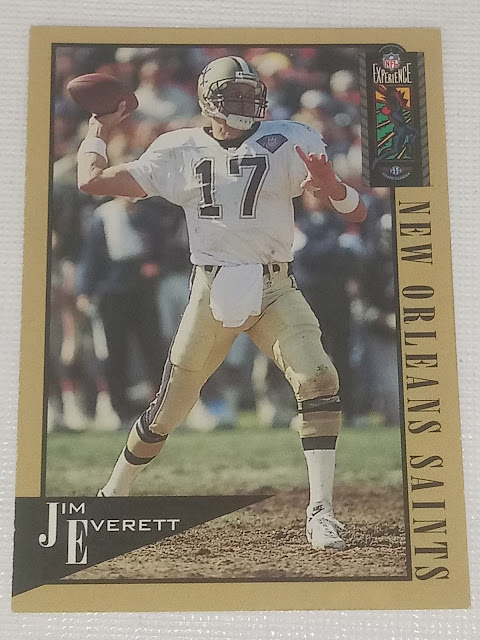 Here's Jim Everett with the Saints.  Unless you're a Saint's fan, this looks out of place. 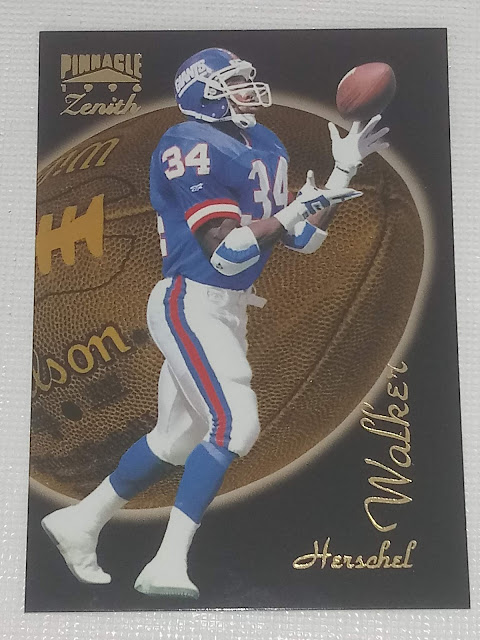 Oh man, I don't think Herschel sees momma pigskin about to run him over for playing catch with her baby. 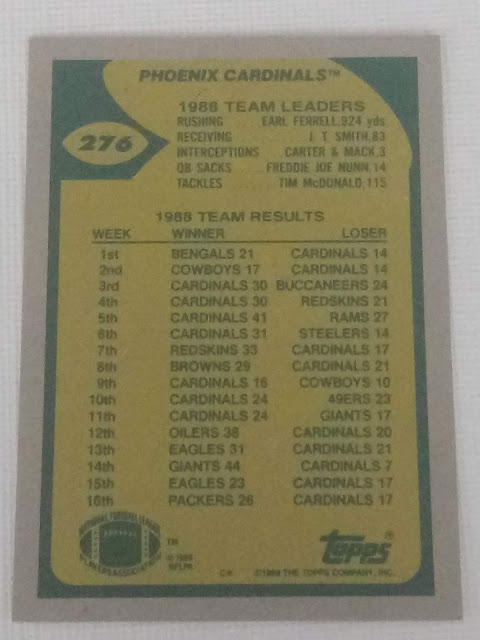 Here's the back of the Cardinals' 1989 Topps card, in case you wanted to see how they did.  Boy, they were streaky...and Phoenix Cardinals? 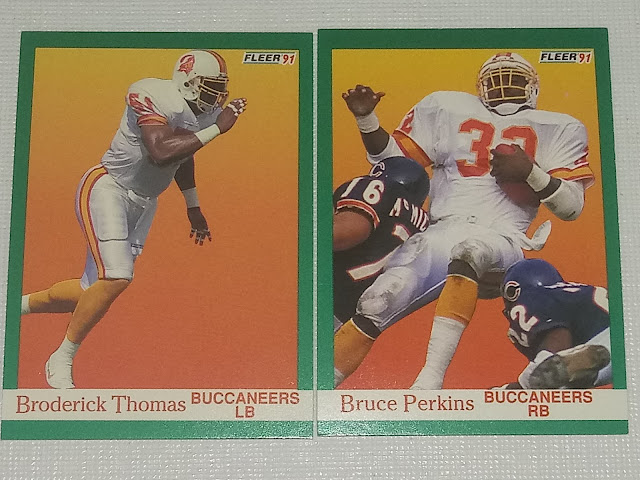 These were back to back in the stack.  I found it interesting that Broderick had no opponents on him (he's kinda floating there), while Bruce is getting mauled by Bears. 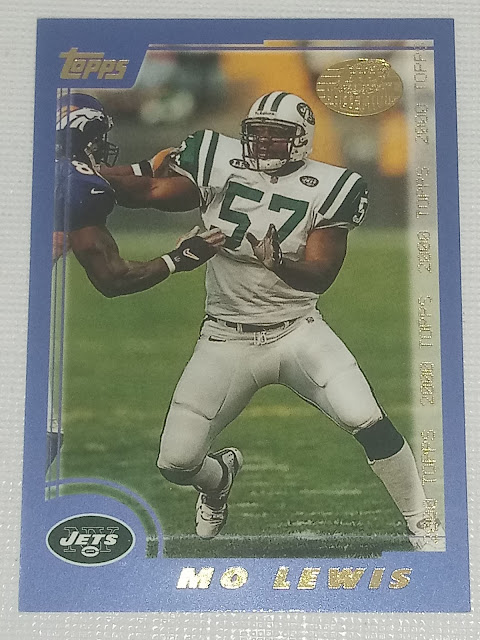 I took a picture of Mo here from 2000 Topps because of that gold stamp in the upper right.  However, I forgot to write down what it said and I ain't about to go looking for it in his very messy room.  I'll guess it's a parallel foil of some sort.  If I ever come across the card again, I'll update this post. 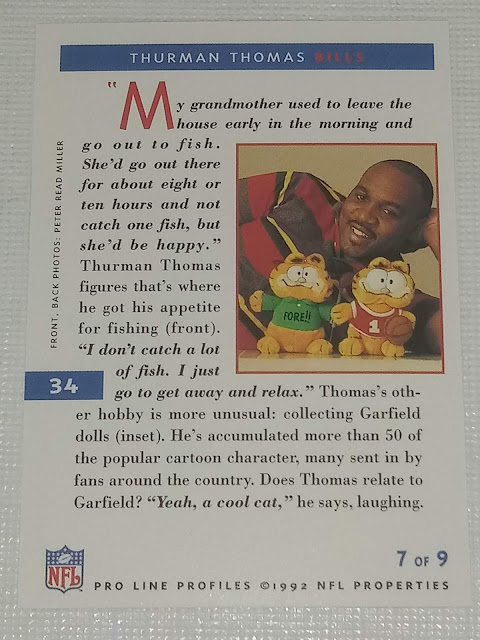 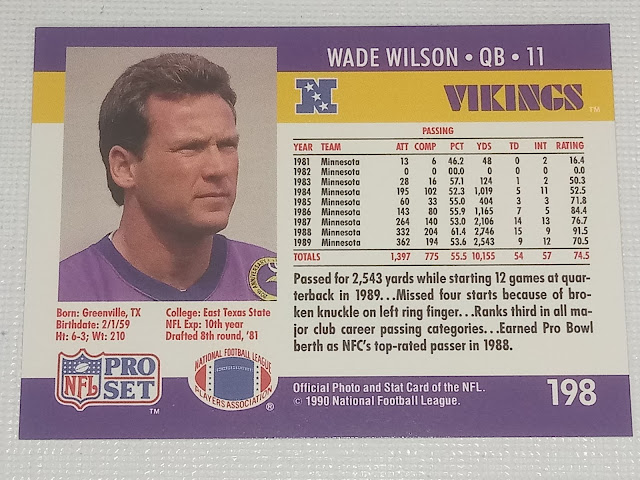 Why did I take a picture of Wade Wilson?  I may have watched Deadpool 2 recently. 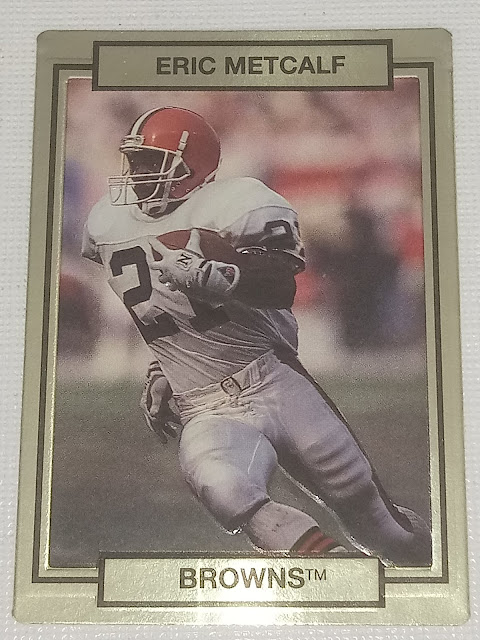 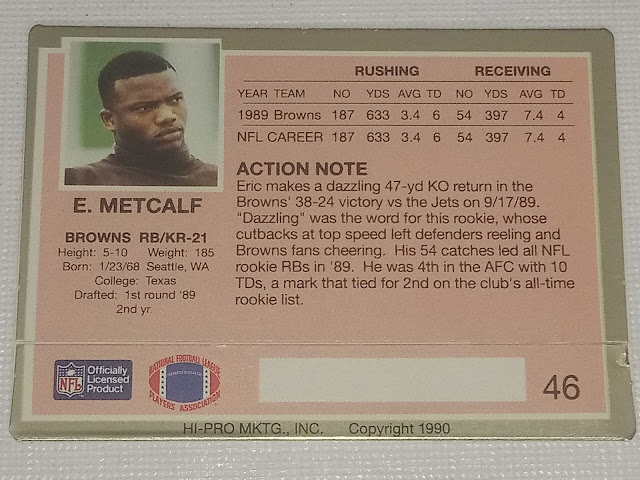 The box promises a hit in every 4 boxes.  My son thought he lucked out and this 1990 Action Packed Eric Metcalf was the hit, because it was gold and a little shiny. I had to let him down gently. 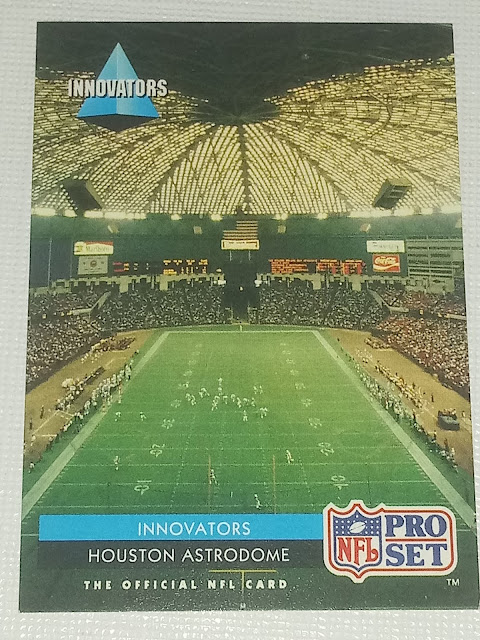 You usually see the Astrodome on baseball cards, not football ones. 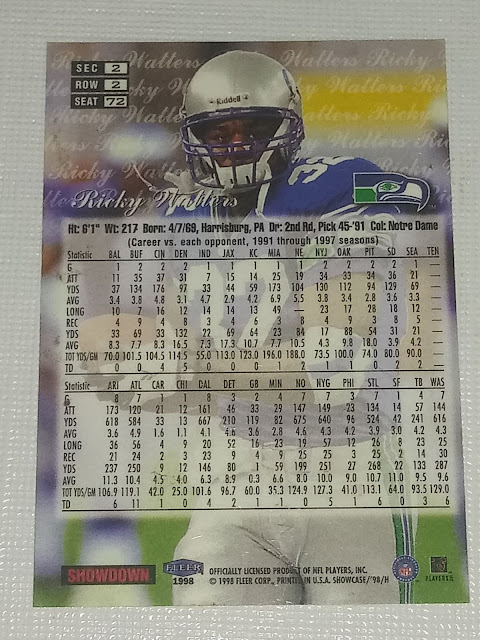 This is an awesome looking card back from 1998 Flair Showcase. 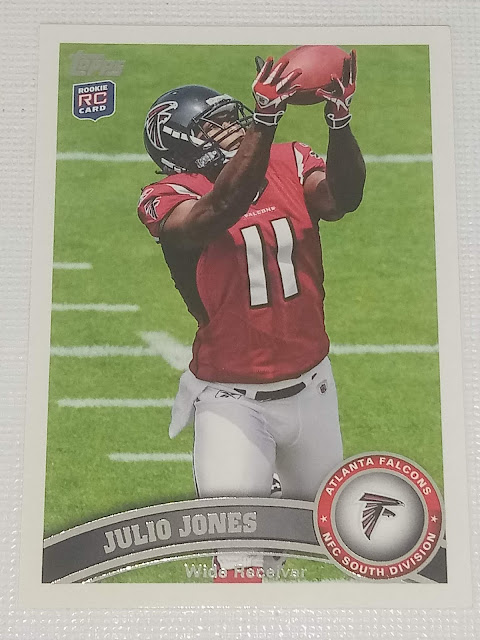 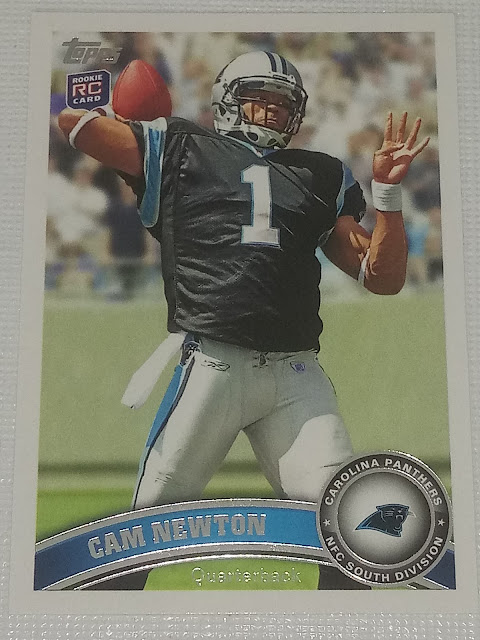 My son asked me which were the most valuable cards from the stack, and I chose these two, which were back to back in the stack.

Here's the year by year totals for the 75 cards.  Certainly "junk wax" heavily, but could be worse:

Anyway, that's the box.  Here's hoping for a happy, healthy, and prosperous New Year to everyone!  Thanks for reading!

Gotta love a card that features a hall of famer who collects Garfield. I wonder if he still does. And pulling Julio and Cam rookies are a very nice bonus.

Julio and Cam are nice pulls. I'd be happy with this box I think. Good post

Dude, I love that Brian Jordan card. I may have to seek this card out now!

Nice rooks! The Brian Jordan card is pretty cool too.