Written by Rebel Coyote at 5:54 PM 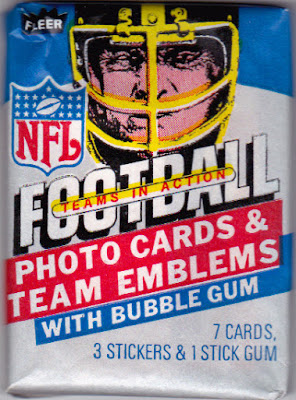 A set I did not know it exist til I went to a card shop in Houston. I thought Topps had monopoly of football til 1989 when Pro Set and Score came in the picture. Turns out Fleer put this small 88 card set out in 1984. They also offered gum as well their trademark stickers. 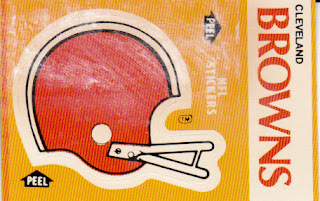 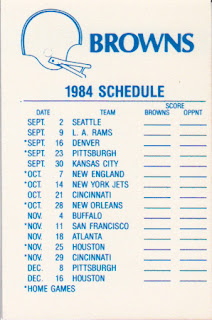 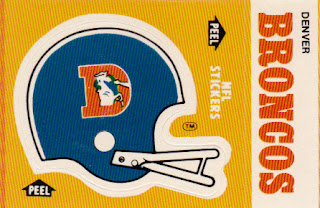 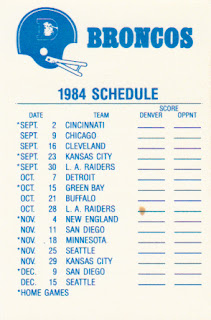 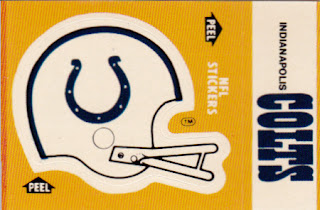 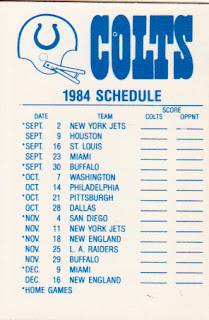 Start out with stickers as Browns is covered in powdery gum stain. The sticker in miniature form with team schedule on the back. 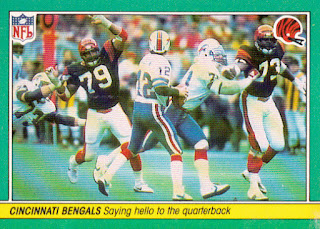 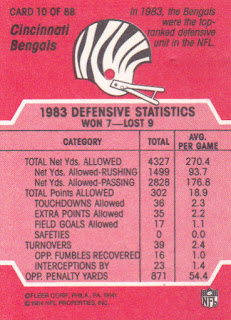 The cards are in horizontal form. This one feature Cincinnati Bengals with team defensive stats from 1983 season. No player names are on it because this set isn't NFLPA license. 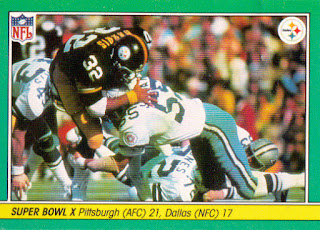 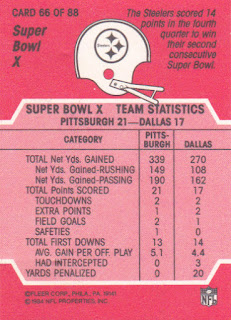 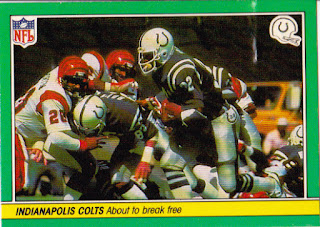 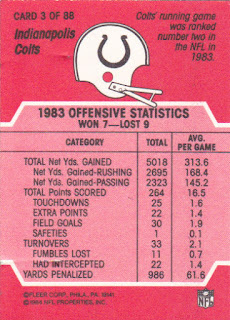 Colts card of their offensive team stats. The card was damage when it came out the pack. 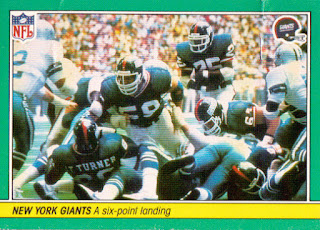 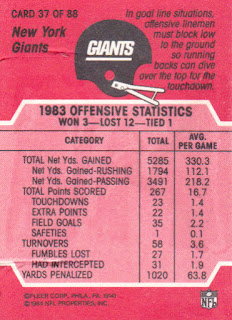 Giants offensive line plowing the way for their running back score against Cowboys. Interesting note this is Bill Parcells first year coaching the Giants. Another damage card out of the pack, 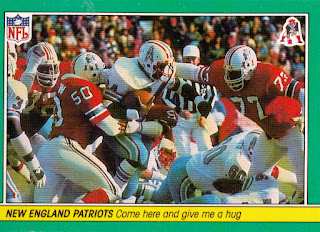 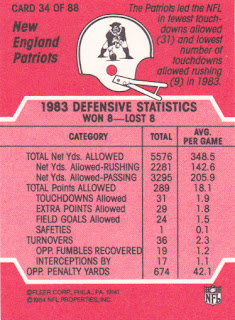 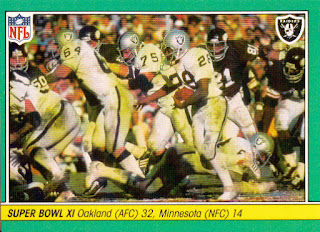 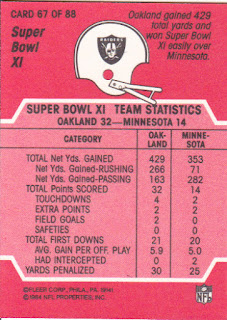 Raiders card featuring their win over the Vikings in Super Bowl 11. 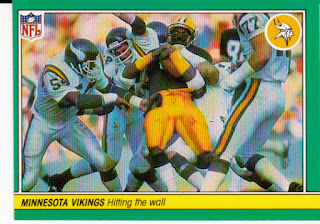 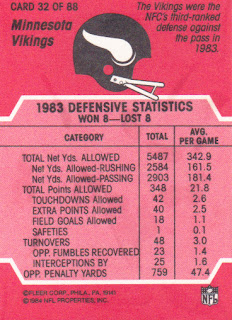 My final post is this 36 year old gum still intact. 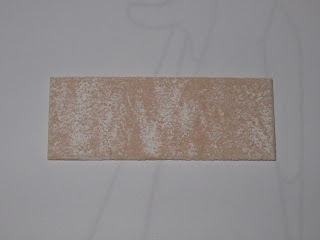 I voted "Hall of fame" for the gum alone. Wonderful!

Love Fleer Team Actions. Will trade you for all of these if you're up for it.

Wow. That gum is in awesome condition. And as much as I'm a fanboy for action shots... I think the stickers are my favorite thing about these cards.