Written by Jafronius at 11:57 AM
Greetings!

Hope everyone is doing well and ready to watch the big game tomorrow.  On paper, it should be one of the more even matches in recent games...but that's why the play the game, right?  I'll be working but should be able to sneak in the game during my shift...unless that coronavirus decides to act up even more that night.

The Wal-Mart card guy must have recently reloaded the clearance boxes recently, because among all the common football card packs (Donruss and Score) was a 3 pack of Panini Prizm with one of those 3 card Red, White, and Blue packs inserted in the package. 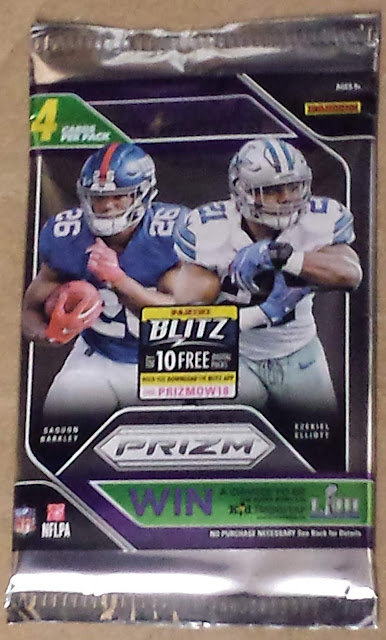 I'll get around to posting that RW&B pack, but here's the best of the 3 Prizm packs: 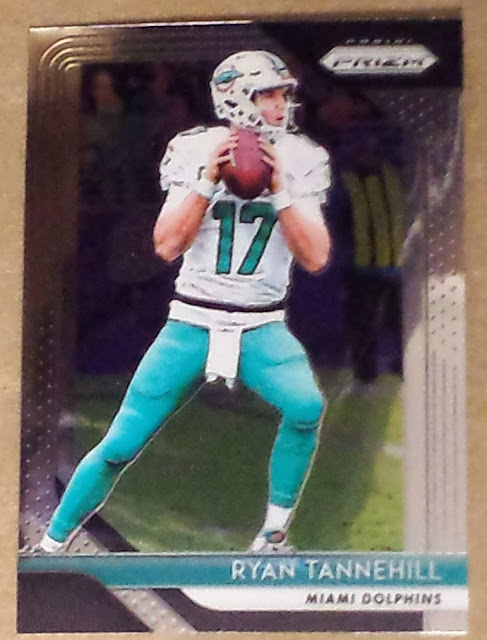 One thing I've noticed while getting the occasional Panini football pack (and most Panini baseketball packs) is all the isolation on the player.  It seems as if every player, even the defensive ones, is all by his lonesome.  Makes me wonder what a Stadium Club Panini-style would look like. 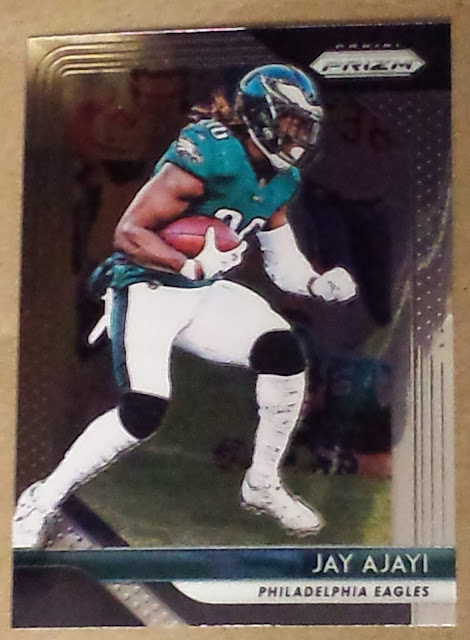 So, there's the shot of some players way in the distance to show that Jay's actually playing in a game.  Still, I'd like to see a Panini card of a player trying to evade a tackle or about to get hit...chromy goodness is even better if there's more than one person on the card. 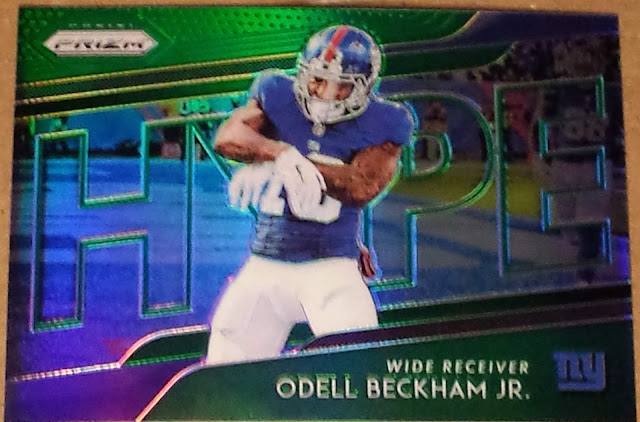 Nice colorful Hype insert of OBJ.  Panin doesn't give the odds; Cardboard Connection says all the inserts are 1 in 3 packs.  Here's the checklist for those who are expecting it. 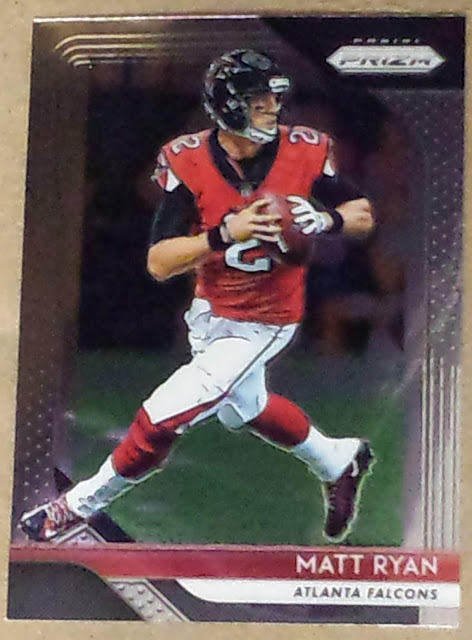 I had Matty Ice and Phillip Rivers on one of my fantasy teams.  I had the worst time choosing the starter...when I started Ryan, Rivers had the great game, and vice versa. 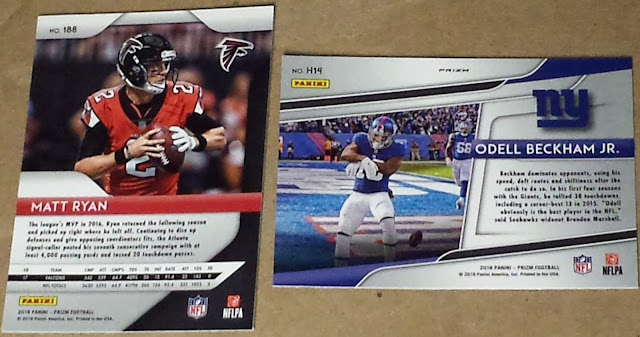 Anyway, that's the pack.  On a non-football note, kuddos to the Lakers for their Kobe Bryant tribute last night, as well as the other tributes teams and players performed in the days after helicopter crash.  Life is fragile folks.  RIP Kobe...thanks for the memories.

Enjoy the game tomorrow, and thanks for reading!