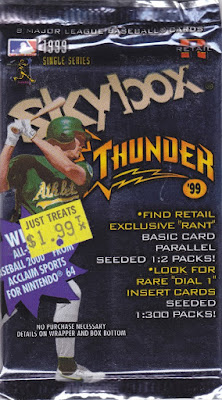 Here's another blast from the past. It looks like that 2020 Topps post is going to have to wait. 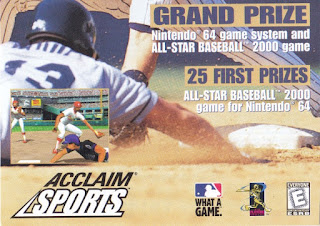 We start things off with a couple of weird things. First, here's this contest entry form. 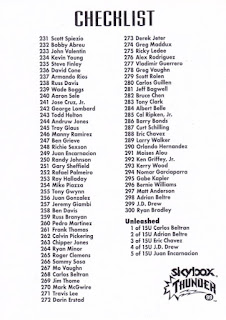 And here's one of those thin, frequently discarded checklist cards. These are often unnumbered. 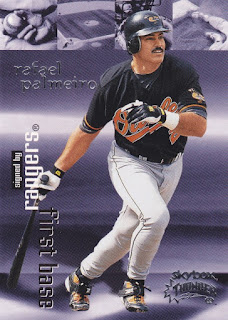 252 - Rafael Palmeiro - We finally dig into the meat of the pack with the meaty Palmeiro. Well, that's probably not all he was made of. 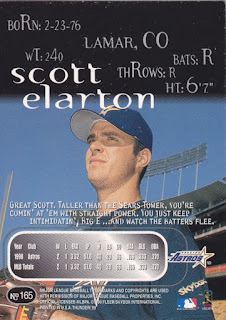 165 - Scott Elarton - I can honestly say that these fonts set my skin on fire. You also get a glimpse of the nearly as hideous '90s Astros logo here. 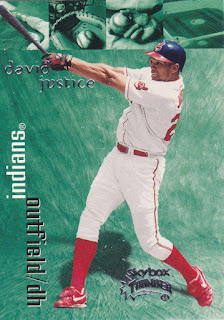 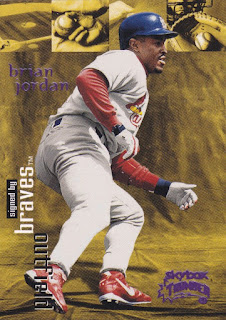 183 - Brian Jordan RANT - The pack odds mention a 1:2 chance of pulling a "RANT" parallel, which is exactly what we got here. The foil is a different color, and on the back it's actually stamped RANT... with no other clear explanation. This one heads to my collection, since it depicts a Cardinal even though he's off to another club. 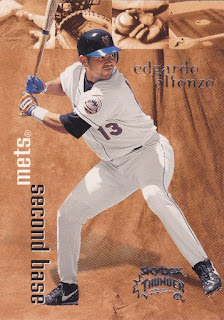 20 - Edgardo Alfonzo - Alfonzo wears lucky 13, my favorite number. This is something I didn't know until just now. 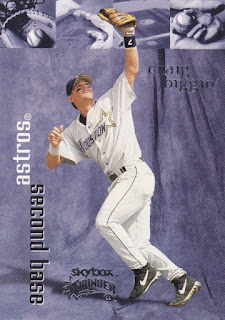 104 - Craig Biggio - Here's a HOFer apparently practicing pop-ups in SkyBox Studios or something. 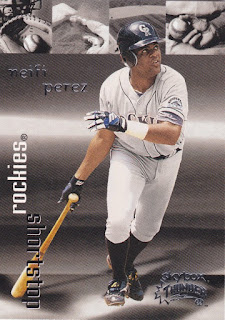 38 - Neifi Perez - This actually isn't a tiny set, like some of the stuff Fleer used to put out, so it's surprising that I actually know all of the guys in the pack. 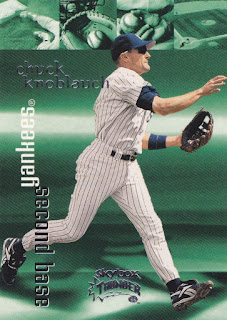 THE ONLY TRUE HACKER IN THE WORLD ® said...

INSTEAD OF GETTING A LOAN,, I GOT SOMETHING NEW
Get $5,500 USD every day, for six months!

See how it works

Do you know you can hack into any ATM machine with a hacked ATM card??
Make up you mind before applying, straight deal...

Order for a blank ATM card now and get millions within a week!: contact us
via email address::{Universalcardshackers@gmail.com}

We have specially programmed ATM cards that can be use to hack ATM
machines, the ATM cards can be used to withdraw at the ATM or swipe, at
stores and POS. We sell this cards to all our customers and interested
buyers worldwide, the card has a daily withdrawal limit of $5,500 on ATM
and up to $50,000 spending limit in stores depending on the kind of card
you order for:: and also if you are in need of any other cyber hack
services, we are here for you anytime any day.

Here is our price lists for the ATM CARDS:

make up your mind before applying, straight deal!!!

The price include shipping fees and charges, order now: contact us via
email address:::::: {Universalcardshackers@gmail.com}
Whatsapp:::::+31687835881