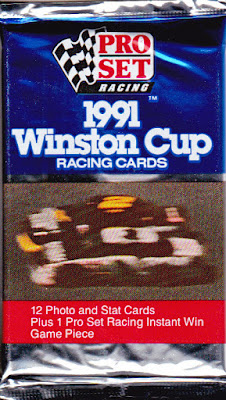 Was to post this pack day after Daytona 500, but postponed it after nasty crash from Ryan Newman. Great news he walked out of the hospital few days later. Pro Set jumped in NASCAR trading card market joining Maxx and Trakks. Cover of the pack featuring cars sponsor by tobacco and alcohol of Rick Mast (#1 Skoal) and Rusty Wallace (#2 Miller). 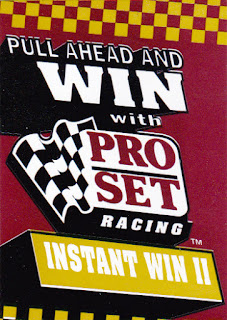 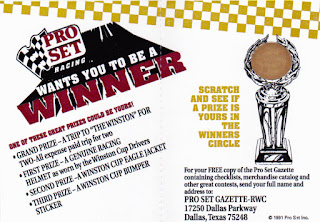 When it comes to Pro Set you get their instant win game. No points to use for Gazette they offer. Grand Prize is a trip to NASCAR All-Star race. 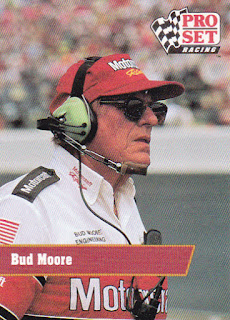 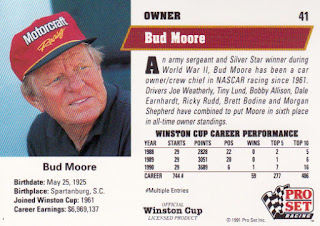 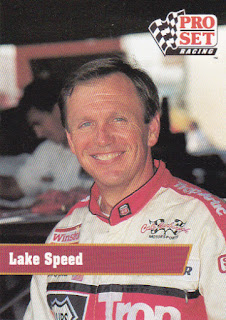 73 - Lake Speed - one time winner have driven with most decorated car sponsors late in twilight of his career. I remember Cartoon Network and Spam car he drove for Melling Racing. He's also great with fans autograph requests. 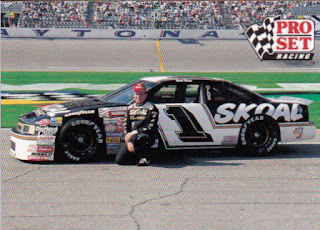 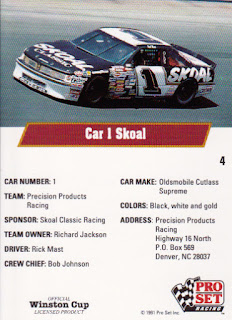 4 - RickMast/#1 Skoal Bandit - have 4 poles but no wins in his career. There were times I wish he could have gotten one but end up finishing 2nd several times. 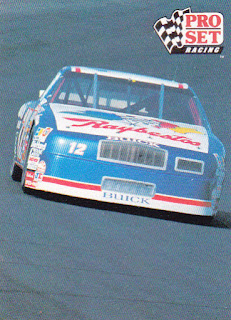 39 - Hut Stricklin/#12 Raybestos - driving for Bobby Allison who was his father-in-law. Another driver I wish got at least a win in NASCAR. 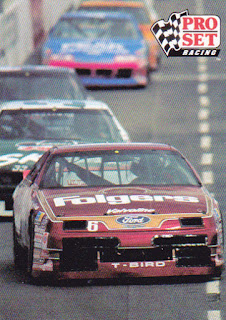 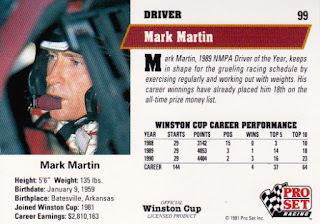 99 - Mark Martin - before Valvoline then later on Viagra he drove Jack Roush Folgers sponsor car. One of best drivers to never win a championship. I was surprise he likes to drive in public to rap music playing back in early 2000. 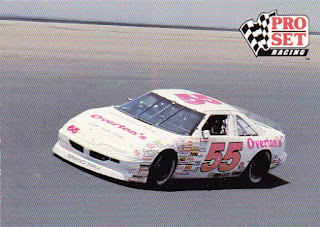 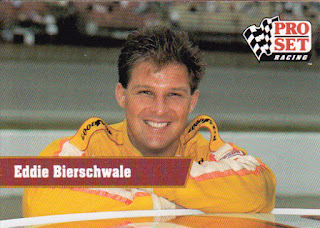 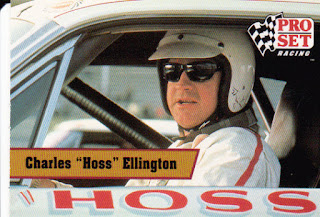 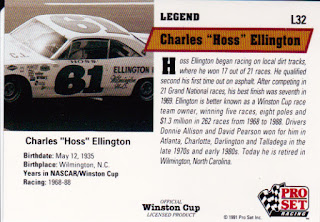 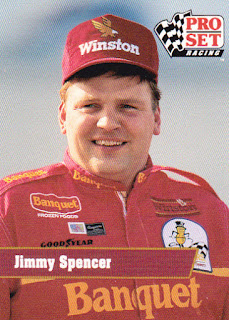 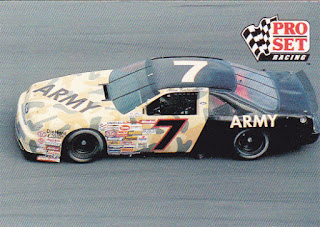 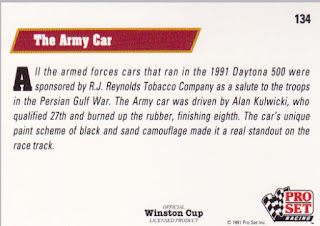 134 - Alan Kulwicki/The Army car - from 1991 Daytona 500 race. Persian Gulf War was going on during the time and all the military branches got put on cars as salute to the troops for the race.. The late Kulwicki enter the 91 season without a sponsor and got Army sponsor for the race. 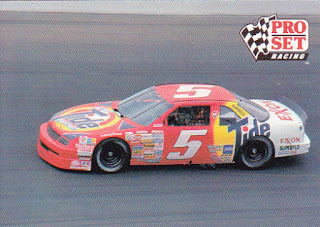 20 - Ricky Rudd/5 Tide - Rudd drove for Ray Everham before leaving the team and striking out his own in 1993. He closed his shop and went driving Robert Yates. Another good NASCAR driver that never won the championship.

Nice to see Rusty on the wrapper. I'll have to see if I have any of his 1991 Pro Set cards in my collection.

Love this set. Found a box at my local hobby shop a while back, got the whole set AND the rare Bobby Allison autograph in it. Being Pro Set, there are a couple of error/correction cards I'm still chasing.