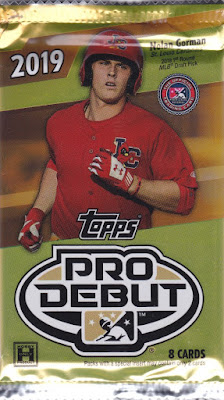 Here's a pack from the annual Hobby-exclusive Topps Pro Debut set, which features a slew of prospects in their minor league uniforms. This was a free bonus pack from a group break I was recently in. 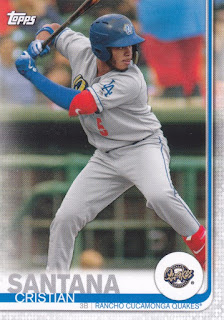 24 - Cristian Santana - Santana is a Dodgers prospect from the Dominican Republic who played at AA last season. 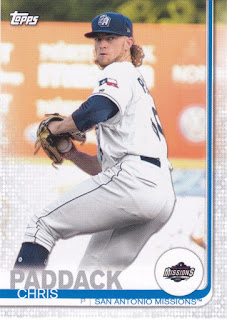 97 - Chris Paddack - Here's the most recognizable name in the pack (at least to me) as Paddack spent the entire season with the big league Padres after skipping AAA entirely. 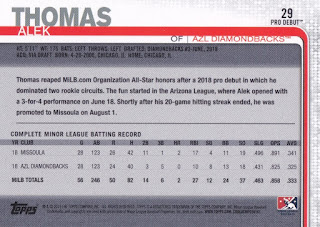 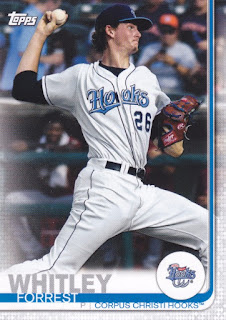 78 - Forrest Whitley - Whitley was a first round pick in 2016 and spent time at nearly every level in the Astros system last year. 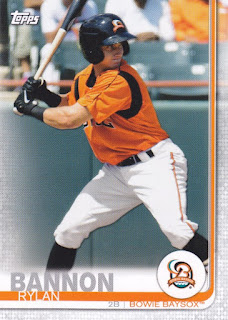 38 - Rylan Bannon - Sometimes these guys just seem like they're made up to me. According to the back of his card, Bannon was a former Dodgers prospect who was traded to Baltimore. 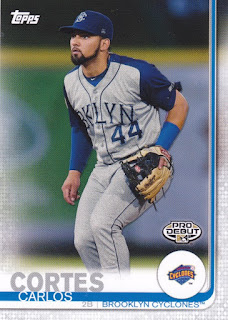 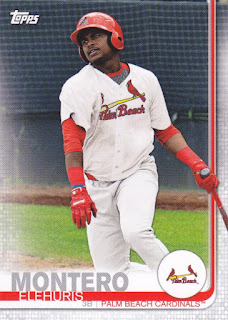 182 - Elehuris Montero - A Cardinals prospect who has shown some promise in the past but had an injury-plagued 2019. 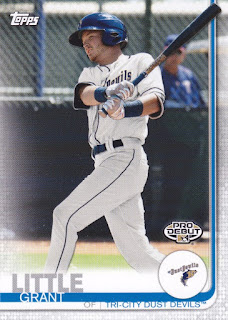 149 - Grant Little - We end it with another Pro Debut. The Tri-City Dust Devils is one of the better team names in the minors.