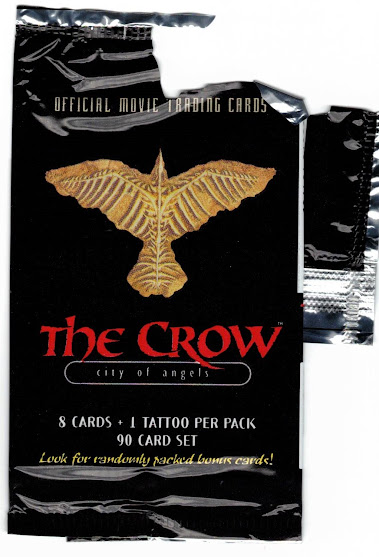 Vincent Perez portrays "The Crow" in this film. Lee's Crow was named "Eric Draven", Perez' Crow was named "Ashe Corven" so I assume they are supposed to be different people. 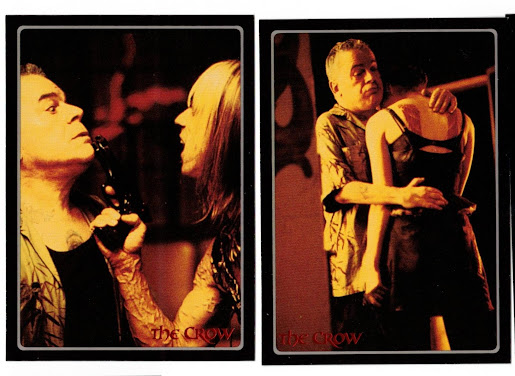 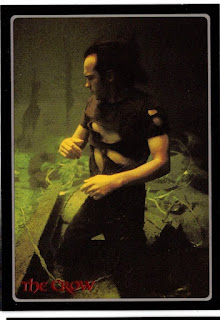 Here is Vincent Perez as "The Crow". 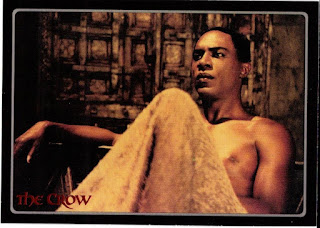 Here is Richard Brooks as "Judah". 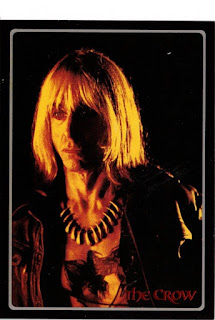 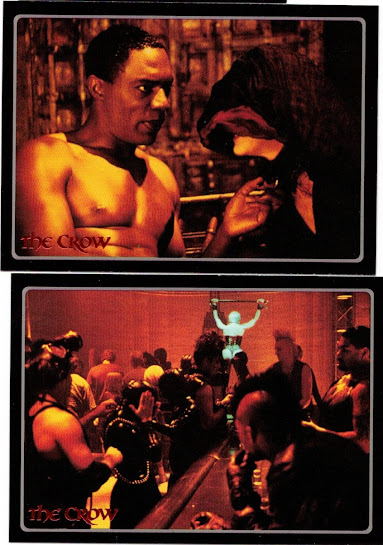 Another card depicting Richard Brooks' Judah and what appears to be some sort of strip/dance club. 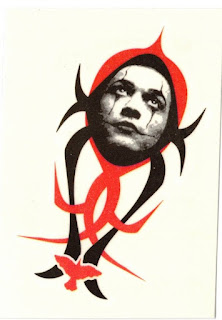 Here is our pack's temporary tattoo of The Crow. 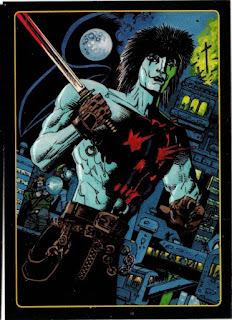 I saved the worst for last. We have a drawing of The Crow done by Kevin O'Neill on a card titled "Bulletproof"... 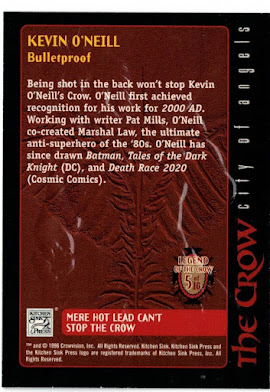 ...and stating "Being shot in the back won't stop Kevin O'Neill's Crow" on the reverse of the card.

Seems a little tone deaf, given the actor who played the titular character in the first film, Brandon Lee, literally died from a gunshot wound while filming a scene with an improperly rigged prop gun. Draw your own conclusions. I can't wait to NOT see this movie.

Email ThisBlogThis!Share to TwitterShare to FacebookShare to Pinterest
Labels: 1996 The Crow: City of Angels

If I was new to the hobby, I'd probably be scratching my head wondering why they'd make trading cards for this movie. Luckily I was collecting big time in the 90's and I witnessed card companies making cards for just about every single topic imaginable.

I watched it. It was not good at all.