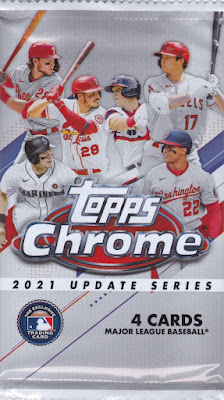 Here's a pack from the annual Topps holiday release that's supposedly exclusive to Target. I got my box at Barnes & Noble. It made a huge price jump this year and I can't say that I don't regret my purchase, but there are probably a few interesting cards to be found. 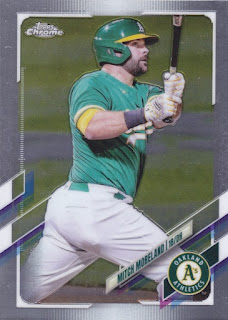 USC4 - Mitch Moreland - The bulk of the cards are players in new (at the time) jerseys and "rookie debut" cards. Moreland had a rough season in Oakland and is currently a free agent. 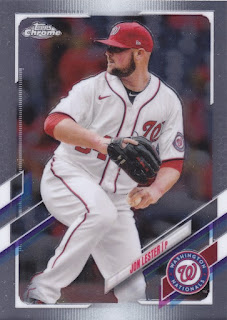 USC30 - Jon Lester - Lester's final cards appear in a Cardinals uniform, so there probably aren't a ton of his with the Nats. Walmart's holiday offering (Topps Holiday) has him in a Cards uni. 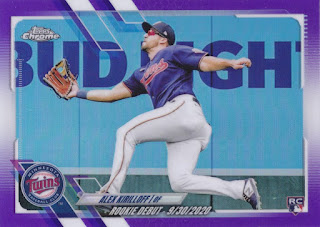 USC11 - Alex Kirilloff Rookie Debut - Each pack comes with a purple refractor parallel. Kirilloff is a promising young player, but has been beset with wrist injuries as he hit the injured list today once again. 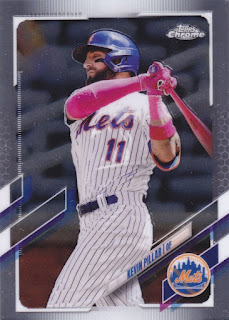 USC6 - Kevin Pillar - Pillar is already with his fifth organization (Dodgers) after being traded from the Blue Jays just three seasons ago.

The Target website has the prices at $25 for the 20 card hanging box and $50 for the 40 card blaster box. Hard to justify the cost per card.

I don't think I've ever seen cards for sale in a Barnes & Noble. Been a while since I've been inside one.