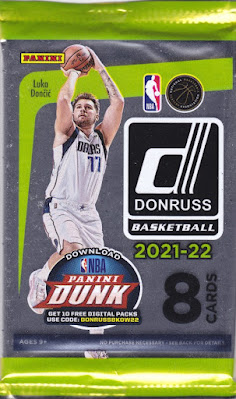 The NBA playoffs are underway, and I have a few packs to post here from the current season. First up is a pack of Donruss from a blaster box. 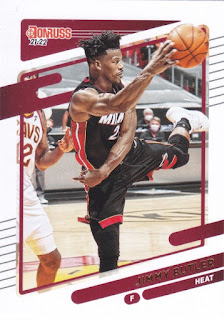 95 - Jimmy Butler - Butler's Heat took the #1 seed in the East and are currently up 2-1 in their opening round series again the Hawks. 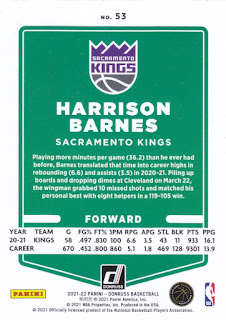 53 - Harrison Barnes - Here's a look at the back. I'm not wild about the font at all, but it's the same one used on their baseball counterparts. Barnes plays for the Kings, so he missed the playoffs. 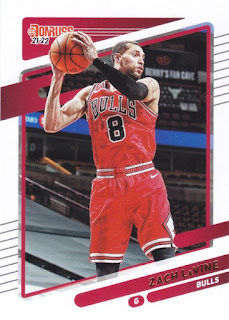 11 - Zach LaVine - The Bulls made a bunch of big moves in the offseason and jumped out to a big start this season before falling to the 6th seed in the East. They trail the defending champion Bucks 2-1 in their series. 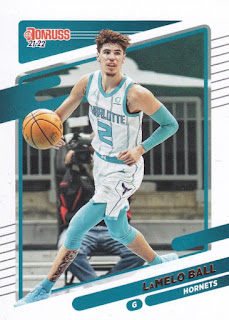 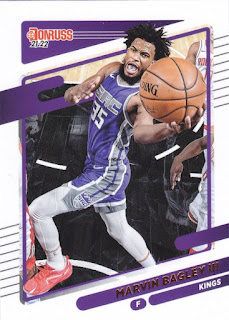 134 - Marvin Bagley III - Bagley was traded to the rebuilding Detroit Pistons during the season. At least they're not the Kings? 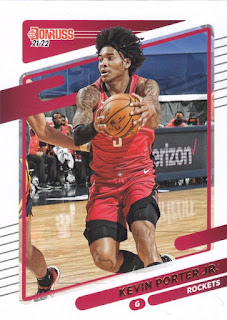 191 - Kevin Porter Jr. - Houston is also in the middle of a rebuild. Porter is a high scoring, hot tempered guard. 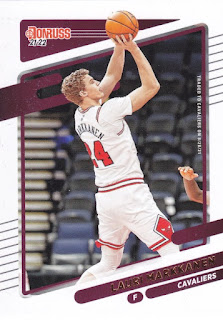 149 - Lauri Markkanen - Cleveland fell just short of the playoffs this season, but generally seems to be a team on the rise with one of the top young big men in the league in Evan Mobley. It'll be interesting to see if Mobley and Markkanen will continue to play together. 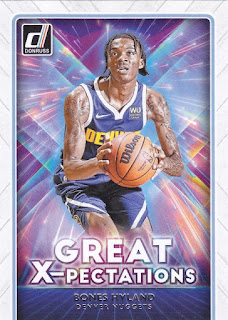 24 - Bones Hyland Great X-Pectations - Last up, we have a guy named Bones. Bones is about to get swept by the Warriors.

Butler is a beast and though my Hawks did take game 3, Miami looks really good and I'll be surprised if they aren't in the Conference Finals. Happy to see the Bulls relevant again. They're down 3-1 now which is to be expected but if they can tweak that roster some there is no reason to think they can't be a top 4 team in the East.