Written by Jafronius at 5:55 AM

Hope everyone's doing well.  It's been a while for me but fortunately you all had plenty to read from the other posters.  Just in time for Easter and the NBA Playoffs, here's a pack of Panini Illusions! 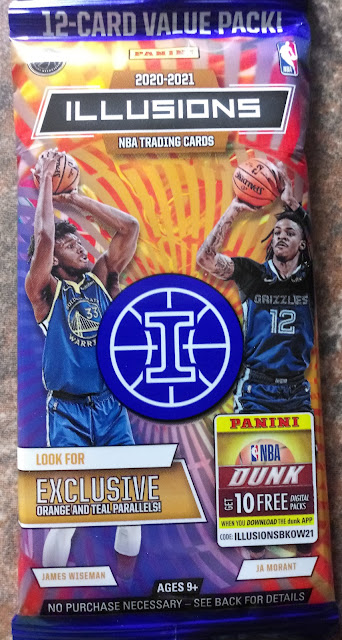 Packs of baseball cards are slowly starting to reappear on retail shelves, but basketball still remains a tough one to find.  I believe Target still has a pack limit on cards, so if you time your visit right, the Easter Bunny, er, card vendor, would have just left with some basketball packs on the hooks.
12 cards in the pack, let's see what I got: 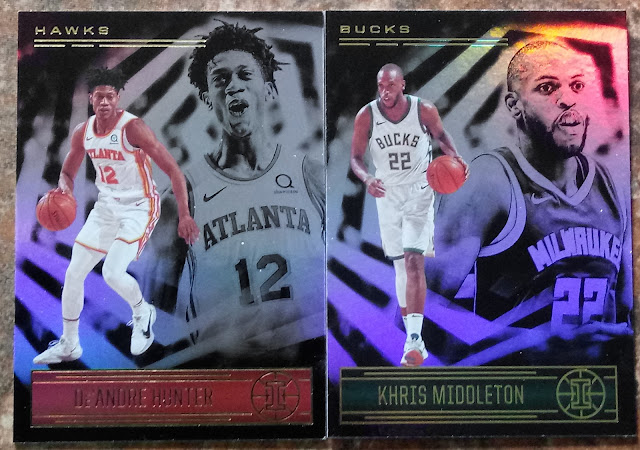 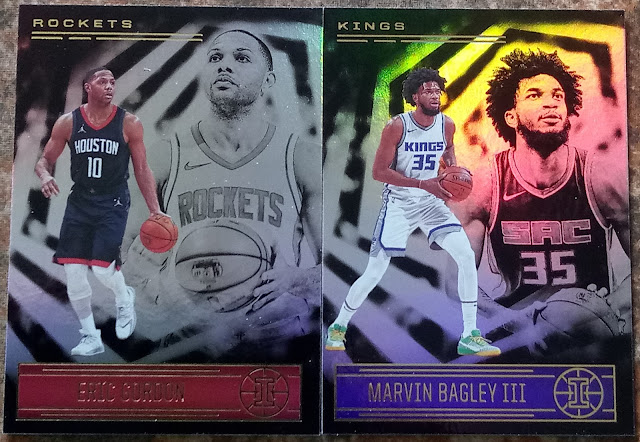 #9 - Eric Gordon
#67 - Marvin Bagley III
There's 200 cards in the set, with the last 50 cards reserved for the Hott Rookiez.  Here's the checklist
if you want to check it out.
This set was released on November 17, 2021, so yep, last year's cards at the start of the current season.  I'm assuming The Virus is to blame for this, but I haven't seen an official explanation as to what happened. 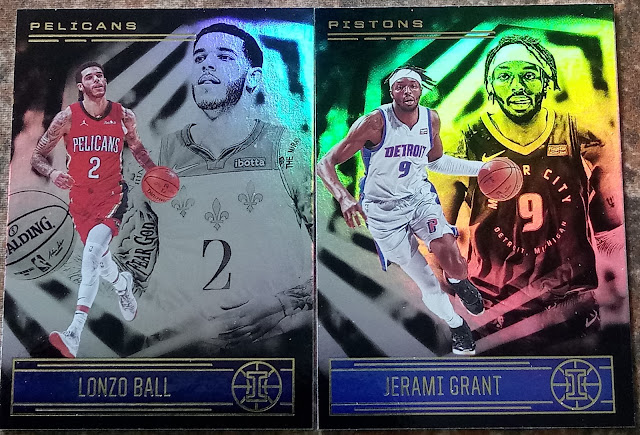 #25 - Lonzo Ball
#82 - Jerami Grant
Case in point...us Bulls fans were curious as to how well Lonzo would play for Chicago when packs still had him as a Pelican.  He did alright, when he wasn't hurt...hopefully next year. 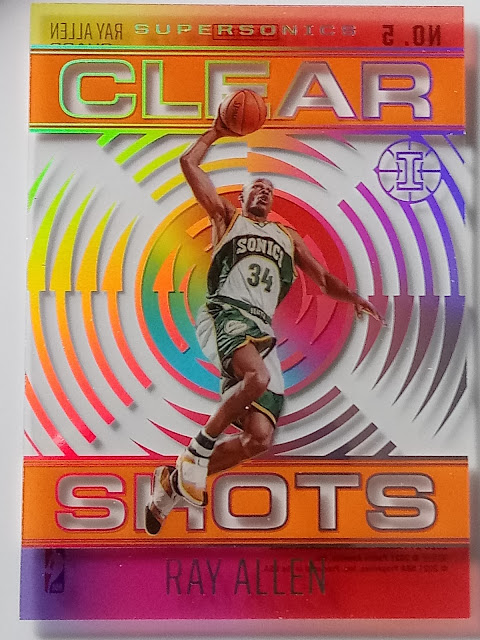 #5 - Ray Allen (Clear Shots)
There's 20 cards in this nice insert.  Nothing on the back, except for the Sonics logo (see below).  As usual, Panini never tells us the odds. 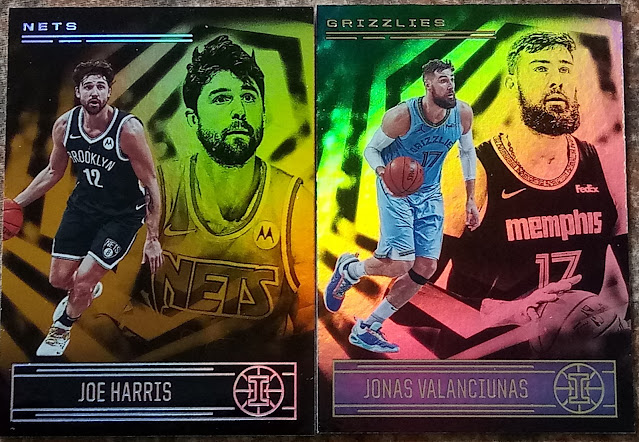 #146 - Joe Harris (Orange Parallel)
#109 - Jonas Valanciunas
The pack says to look for Orange and Teal Parallels.  I assume those are two separate parallels, so I got one of the two types. 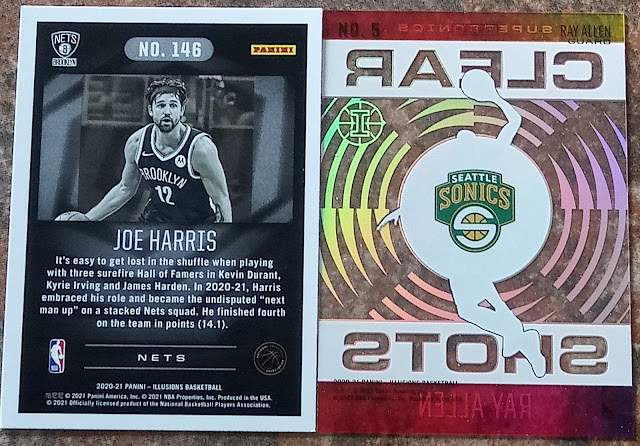 Anyway, that's the pack.  This pack set me back $7 at Target.  However, the following week I was in Meijer and saw that this same pack cost $10 over there.  I'm pretty sure Panini took this opportunity to raise their prices, but I don't know if retail chains also decided to get in the fun, or if the card vendors themselves raised their prices and the stores are passing the increase onto the consumer.  I'm used to Meijer being slightly higher, but not this much.  There are packs I'll eventually post where I paid the Meijer price due to pack-starvation.

Hoppy Easter everyone, and thanks for reading!

Interesting that Meijer bumped the pack price up by $3. It'd be interesting to hear the story behind this from one of their employees. As for this particular set, I like the use of two photos... but overall this design doesn't do anything for me. The acetate insert was my favorite card from the pack.

I like how the cards look, but the NBA is not my thing. I know like 4 players from what you pulled here.

It's disappointing how blandly similar the home uniforms have gotten.