Written by Rebel Coyote at 9:24 PM 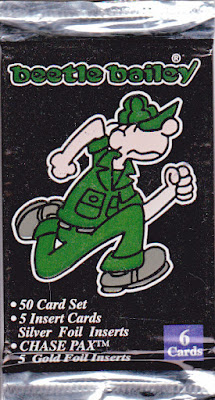 A non-sport pack featuring one of longest running newspaper comic strip Beetle Bailey. I have no info on the Authentix card company. Let get through the six cards. 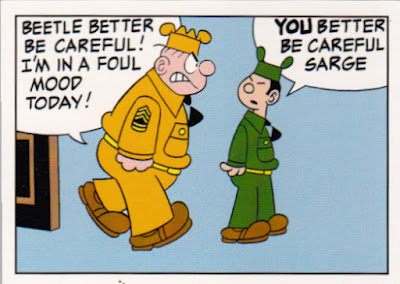 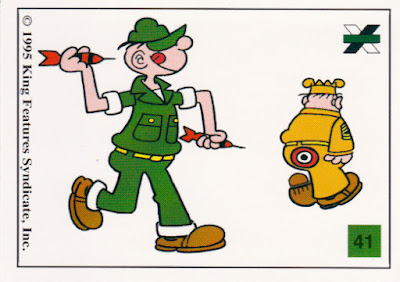 41 - Beetle Bailey comic posted on the front and back. On this one Sergeant Snorkel in one of his angry moods with appearance of Vo. On the back Beetle about to play darts using Snorkel's behind 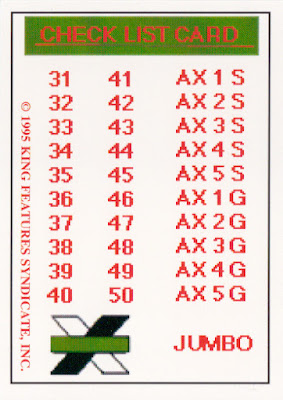 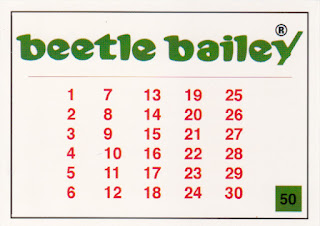 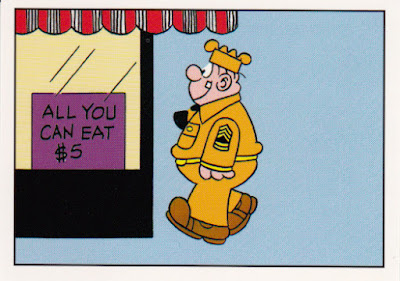 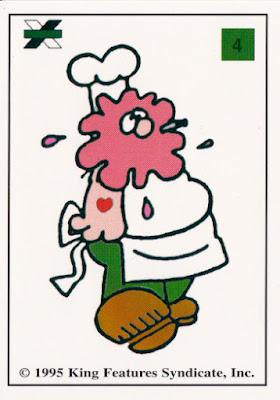 4 - It's all you can buffet and Sarge loves food. Back on the card feature Chef Cookie with a splatter on his face. 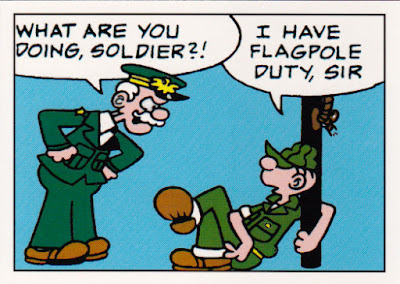 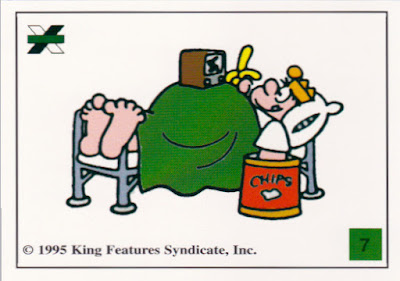 7 - It's Halftrack and he's getting on Beetle for being lazy. On the back its Sarge and his love of food on display. 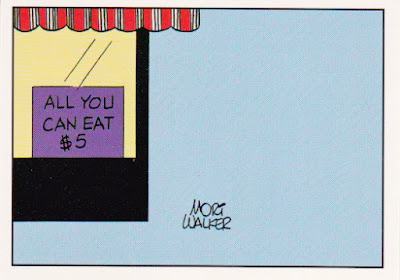 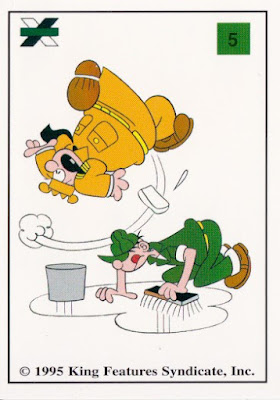 5 - Same strip as 4 minus Sarge. On the back and hey looks its Beetle doing something. He cleans to floor while Sarge slips on a bar of soap. Sarge wouldn't be happy after this. 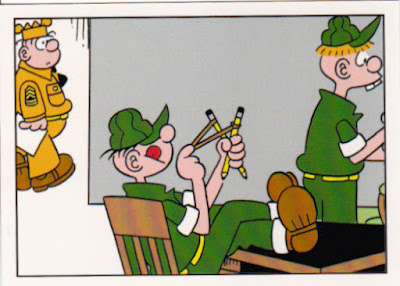 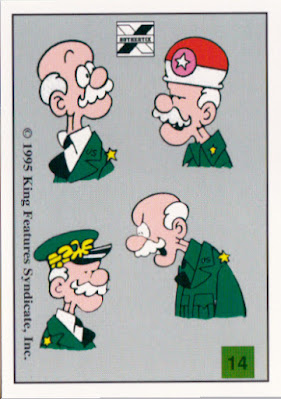 14 - Beetle about to hit Zero with something out of a makeshift slingshot. On the back its the many faces of Halftrack.

Gosh, these appear to be random panels of the comic strip with no punchline. Maybe if you put the set together you get the joke at some point, I don't know, but not a great idea for a set.

Big fan of reading Beetle Bailey (and Hi & Lois and Hagar the Horrible, I think it's the same writer / artist) growing up.

I enjoy the Beetle Bailey comic strip but these cards are mostly just confusing random panels. Would still buy them if I ever saw them for sale.

I really think these are so cool. If you’re a fan of the strip then I see it as an upgrade from newsprint. I remember a particular cartoon in the late 1980s where BB threw a grenade at Sarge and the next day the paper had to issue an apology. Now that would be a great card!