Stopped at my fave card shop (Finnigan's in Albany, NY) and picked up a pack of 2022 Historic Autographs Retrograph 2 Baseball. 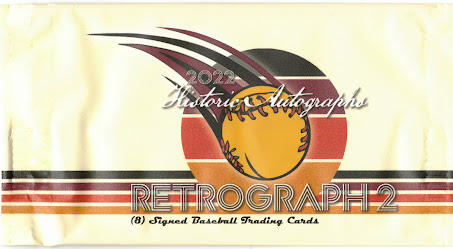 This is pretty much a product designed for collectors exactly like me who chase buyback and retired player autos. Each pack ($40ish) contains 8 Autographed Cards from 1957 to 2015. Signatures come with an authenticity guarantee, and each card has a hologram on the back to signify said guarantee.

Chase cards include Tony Gwynn, Kirby Puckett, Ted Williams, Mickey Mantle, Willie Mays, Hank Aaron, and others. Each box should have 1 Baseball Hall-of-Famer. So I had a 1 in 5 shot (5 packs per box) at getting one of those cards. 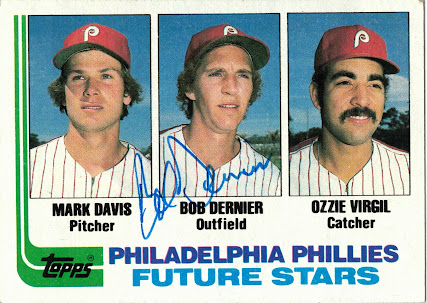 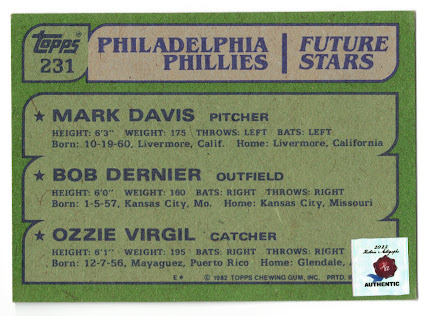 Starting things off we have a Bob Dernier autograph on his 1982 Topps "Future Stars" Card also featuring Mark Davis and Ozzie Virgil. You can see the authenticity hologram on the back in this scan. Dernier won a Gold Glove in 1984. 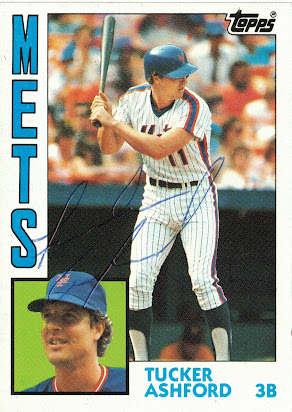 Next up is Tucker Ashford on his 1984 Topps Card. This is a rather rough looking autograph, seemingly done hastily with a ball-point pen. That's par for the course with these sorts of buyback products, though. Ashford bounced around between 1976 and 1984 in MLB. 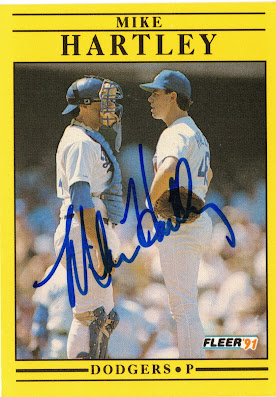 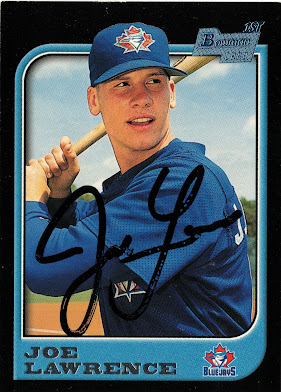 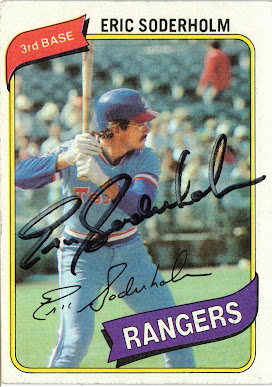 Next is Eric Soderholm on his 1980 Topps Card. 1980 would be Soderholm's final season, albeit for the Yankees, as cumulative knee injuries forced him to retire. For the past 25 years, Soderholm has run a holistic wellness center called Soderworld. 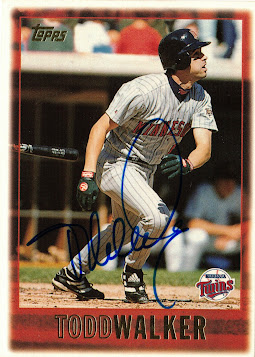 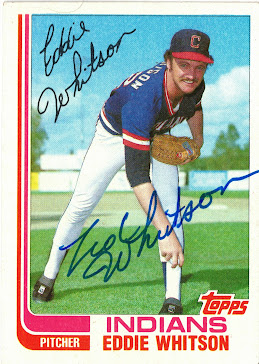 Next is Eddie Whitson on his 1982 Topps Traded Card. Whitson was a 1980 All-Star for the Giants. He was traded in 1979 to the Giants from the Pittsburgh Pirates. As part of the deal, the Giants sent Pittsburgh... 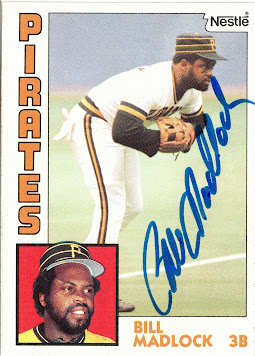 Bill Madlock, pictured here on his 1984 Nestle (Topps) Card, who was part of the 1979 Pirates World Championship team. Madlock has 4 batting titles to his credit, 3 ASG appearances, and 2,008 hits, and I am quite happy to add this card to my collection.

I would buy a box of this product. Perhaps I will.

This is an interesting product. At $5 per autograph, the price is right. It'd be interesting to hear how all of these signatures were acquired. Did this company just purchase a collector's TTM collection? On a positive note... I doubt anyone would think about wasting their time forging Tucker's signature.

Interesting set, thanks for sharing!

@Fuji I'm not really sure. They do guarantee they can pass PSA so I don't know how they came upon them, but it could certainly be a TTM collection. The price is right though, you're right. A pack with 8 autographs for 40 bucks is hardly a recipe for disappointment. Even if it's all mediocre players it's still fun.