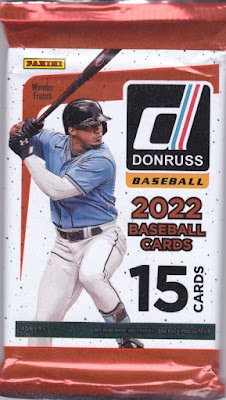 Donruss baseball was one of the earliest releases in the 2022 calendar, but I'm just getting around to posting a pack of it now as we are on the eve of the playoffs. This is a blaster pack with an old-school card count of 15. 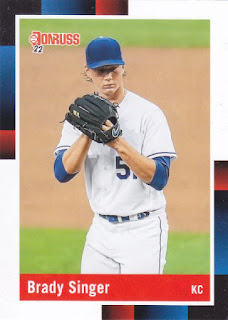 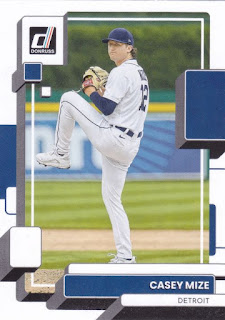 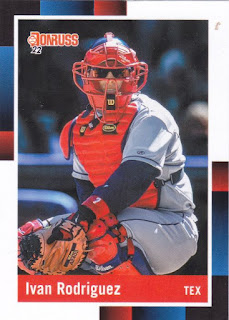 276 - Ivan Rodriguez - Some of the '88 cards feature retired players like Pudge here. 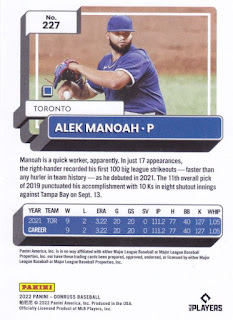 227 - Alek Manoah - The backs continue the design theme of the front along with a smaller portion of the same picture from the front. 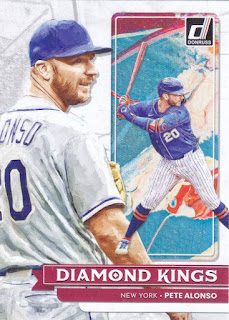 18 - Pete Alonso - This year's Diamond Kings design is pretty busy looking. They've long since abandoned the art style of these cards for actual photos that get touched up to look artsy or whatever. 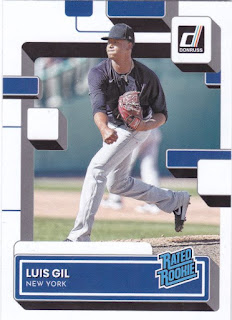 44 - Luis Gil - Ah, the classic Rated Rookie logo. The design is similar to the regular base cards, but there are different shapes in different spots. 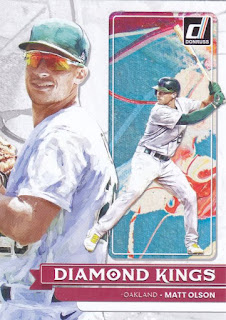 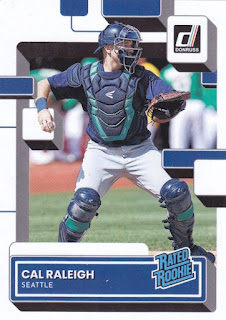 39 - Cal Raleigh - Raleigh hit the big walk-off HR that got Seattle into the playoffs. 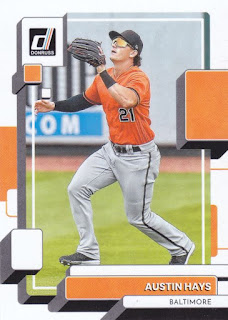 105 - Austin Hays - The Orioles may not have made the playoffs this season, but they did have a remarkable turnaround from their historically awful 2021 season. 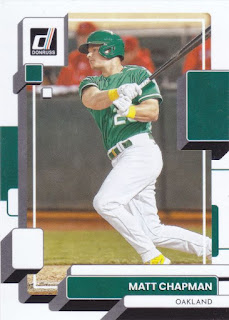 162 - Matt Chapman - Here's the other former Oakland star who is now playoff-bound with Toronto. 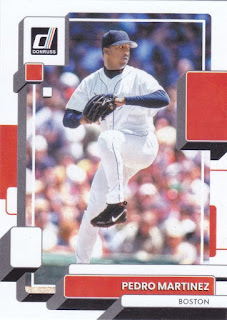 119 - Pedro Martinez - The Hall of Famer appears on the base design instead of the throwback one. 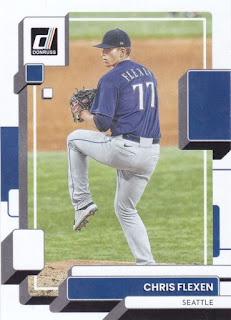 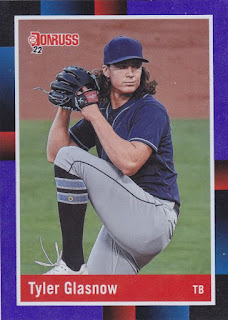 257 - Tyler Glasnow Holo Purple - There are a variety of color parallels as this is a Panini product. This purple variant accentuates the '88 design (although the blue holos look better.) 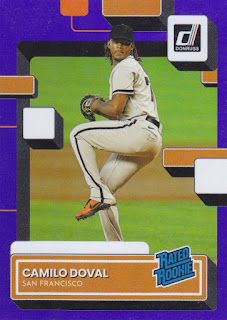 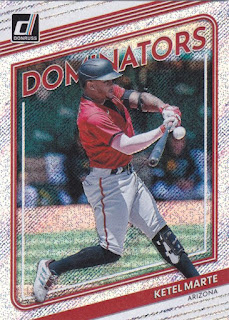 D-12 - Ketel Marte Dominators Rapture - Many of the insert cards in hobby boxes are numbered, but the retail versions are not, but come in many parallel flavors. This is the one they call "Rapture", if I'm not mistaken.

The Donruss base design has to be one of the worst of all time. When I first saw it, I thought it was interesting - then you start seeing that rectangle on the right side of the card on every card it is mind numbing.

This is a great set. I like seeing this new generation get the vintage designs that I grew up with. I guess I’m just being nostalgic. I got so mad one afternoon when I got a pack of Donruss from the deli and the pack was full of nothing but Mike Greenwell cards. I sat there in awe. What universe had I stepped into?