Written by Jafronius at 12:30 PM
Greetings!
Hope everyone is doing well.  I missed out on posting on my blogging anniversary, but in keeping with tradition, I had to post a non-sports pack.  Thing is, I had no non-sports pack at the ready to scan and post.  To the Scan folder! 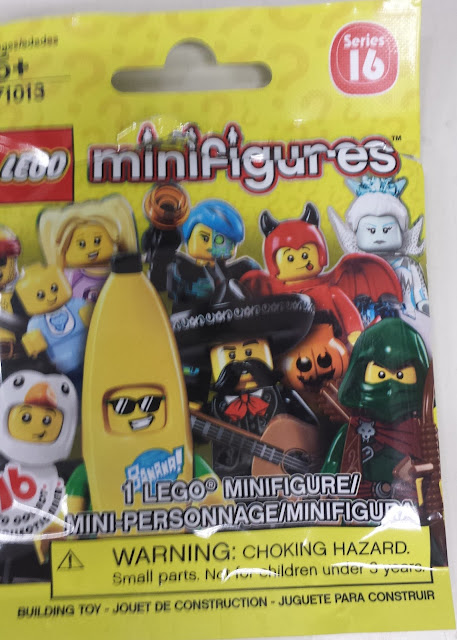 As you can tell, this is gonna be a quick post.
The Lego Minifigures line has been around since 2010 and they're currently on Series 23, with several themed sets, like The Lego Batman Movie and The Muppets, released along the way.
The concept's simple...Lego guys and gals!  Random dudes and dudettes to hang out with your Marvel heroes or chill in Hogwarts!  You get the picture. 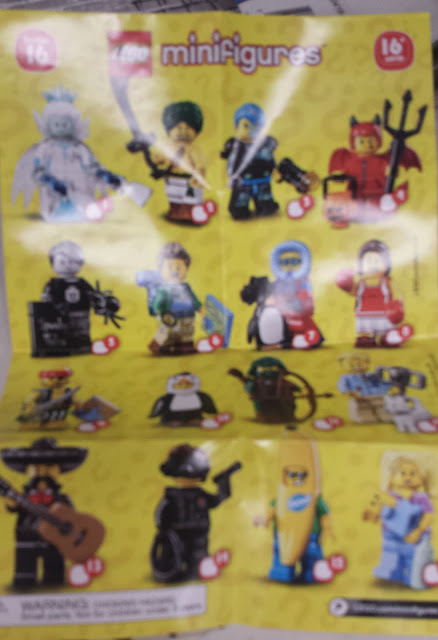 Besides the figure, a checklist is included in the pack.  Sorry for the bad picture; if you want a checklist (and see the other characters from the releases), here you go.
So, who was in the pack? 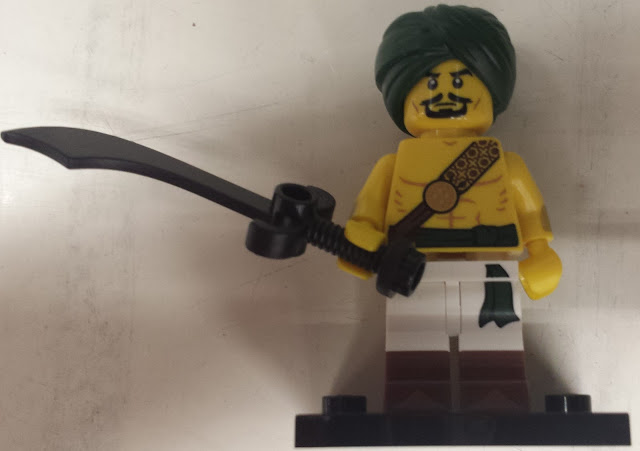 It's the Desert Warrior!  I don't believe there's any desert-themed Lego sets out there, so he's welcome to pop up anywhere.
I had to have run into a pack somewhere since I have pictures, but I don't have the Desert Warrior hanging out with my Transformers.  After trying to remember where I came across this pack, the background clued me in.  While editing the picture down, I remembered this was an open pack I came across while cleaning the Target toy aisles.  I guess the would-be thief opened the pack and was disappointed in the Desert Warrior.  In keeping with policy, I turned the opened package in at the end of my shift, but I was able to sneak some pictures before I did.
Anyway, that's the pack.  Enjoy your week, and thanks for reading!

Yeah, I've seen people try to open those. Usually you can feel the package for the general shape of the character inside, because it's not worth paying four bucks (or whatever they cost now) for a guy you don't want.