Written by Jafronius at 9:25 PM
Greetings!
Hope everyone is doing well.  Today is our 21st wedding anniversary...my union is an adult!  Anyway, I should put a post up to mark the occasion, but I didn't have time to get a pack to scan.  Time to see what's in the scan folder! 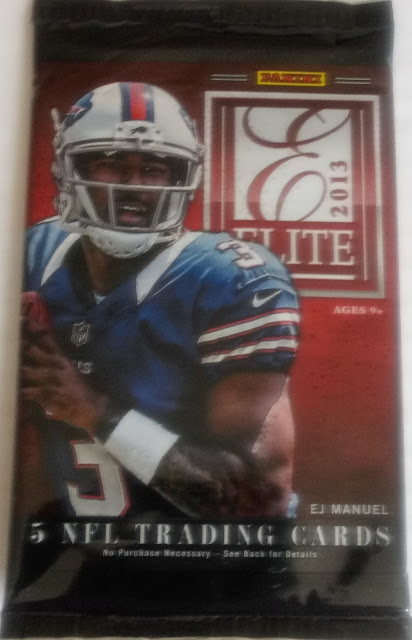 According to the file name, pictures of this pack were taken at the beginning of the Pandemic, before the Card Bros scooped everything up.  I'm pretty sure my kid convinced The Wifey to pick up one of those Walgreens repacks.  Who remembers EJ Manuel?  I don't...let's see who we remember! 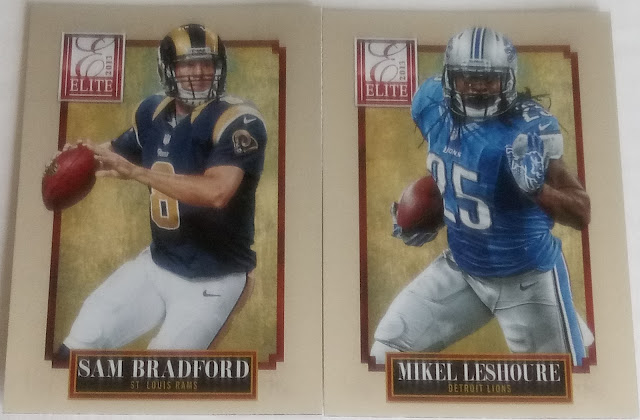 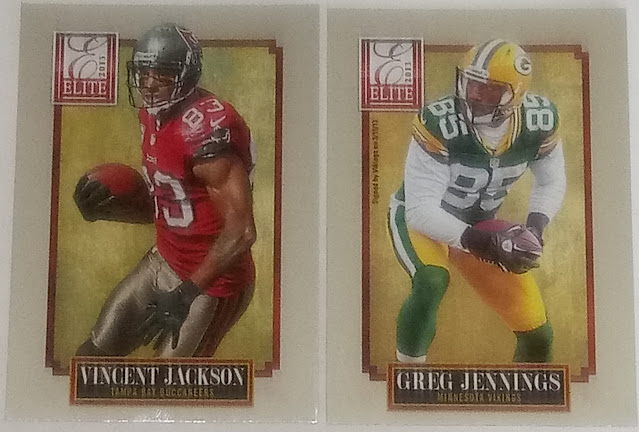 #93 - Vincent Jackson
#56 - Greg Jennings
A couple of good Wide Receivers here.  Vincent Jackson last played for the Bucs in 2016, and Jennings retired in 2016 after spending 2015 with the Dolphins. 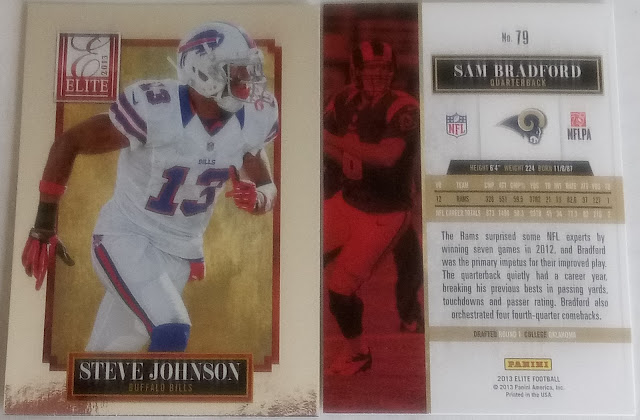 #14 - Steve Johnson
Johnson left the Bills after the 2013 season, and spent a year each with the 49ers and Chargers.  He hasn't played since the 2015 season.  And there's the standard Panini card back for your perusal.
Anyway, that's the pack.  Apologies on the substandard pictures taken here; retakes are not possible since the cards have since disappeared and may be somewhere in the kid's room.
Happy anniversary to my Beloved, and thanks for reading!