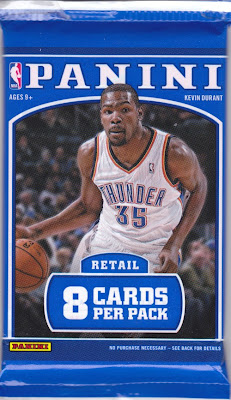 Mere weeks away before the end of the NBA season, Panini has launched their flagship basketball set for some strange reason. If you had asked me prior to Sunday what 2012-13 Panini basketball cards looked like, I probably couldn't have told you, but I would have sworn to you that I owned at least some stack of them somewhere in my home. It turns out that I didn't, because it just came out. 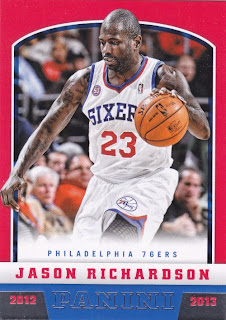 75 - Jason Richardson - It also turns out that I really like this design. It's very bold, and somewhat resembles their NBA Hoops designs from the past couple of years, but I like it. The foil in the bottom corners is weird, though. 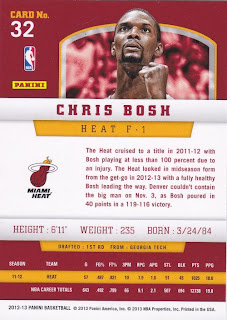 32 - Chris Bosh - Instead of the typical Panini "cropped version of front photo plus some stats" back design, they went with more of a blurb and just a single line of stats. I'm okay with this. Basketball cards have never been very consistent about providing stats on the back. 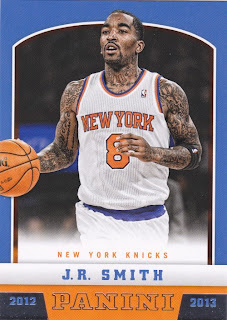 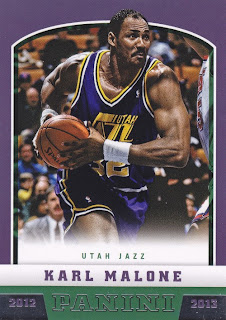 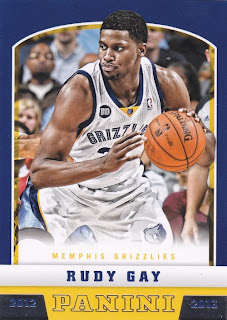 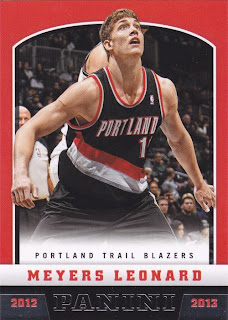 208 - Meyers Leonard - Awkward 7'1" rookie who can shoot. He just needs to learn just about everything else about being an NBA center. 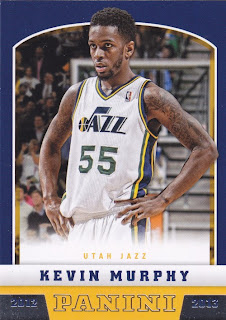 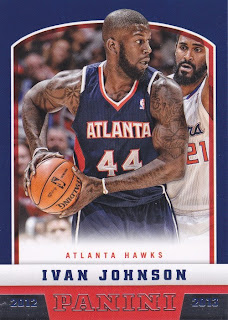 224 - Ivan Johnson - I usually collect anything and everything Oregon Duck, but this guy actually got kicked off the team/out of school. Too bad. He worked his way back to respectability and has actually earned a role in the NBA.

I grabbed a pack out of curiosity. Alright design, but my pack was devoid of any Bobcats.