Written by JediJeff at 3:33 PM
Jeff back. I really need to stop buying packs with such a long frigging name in them. It's hockey night again. Hawks leading the Kings 1-0 right now with 3 min left in the first. They play again tomorrow, which is technically tonight since I am scheduling this post to go up on the 26th. So let's post some more hockey. Boxes of these blew out of my LCS, but they did get more in, so I snagged a pack. It's high end, like the Panini Signature, so here is the one and only pack I will be buying. 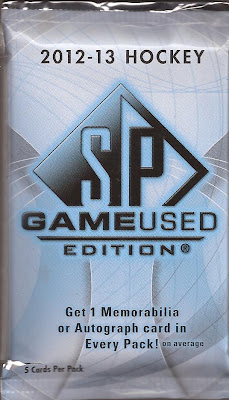 Well, the pack is very understated. On the plus side, we don't have to see the only two hockey players in the league - Crosby or Ovechkin. How is a sport so popular with only two players in the entire league? Five cards and you should get a hit in each pack. What did I get? Read on, cowboy. 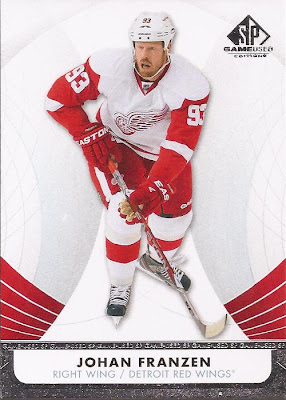 Very Artifact-y. The foil at the bottom reads "game used" stamped above the name. Red Wing - bad start to this pack. 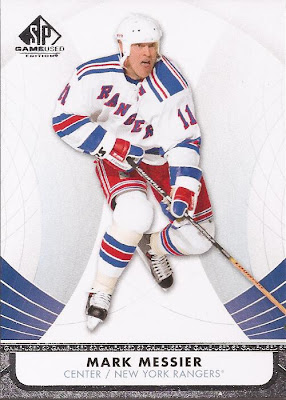 Messier without Gretzky. Is it me or do those color splotches look like college football uniforms? 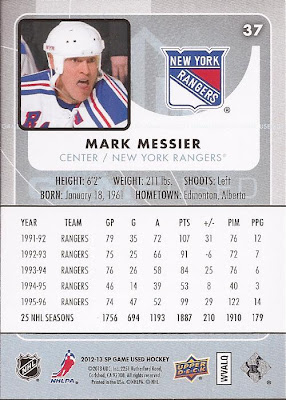 I REALLY hate when they use the same front picture on the back. That's being lazy. You only get 5 years of stats, so you better make them count. 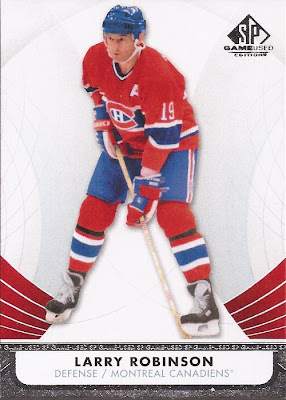 Nice pull of a HOF player. Geez - was Robinson ever that young? 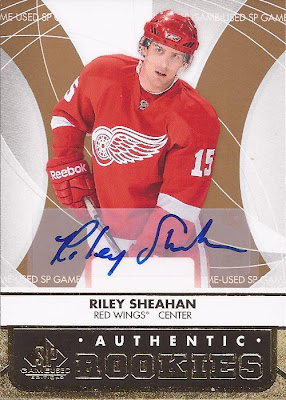 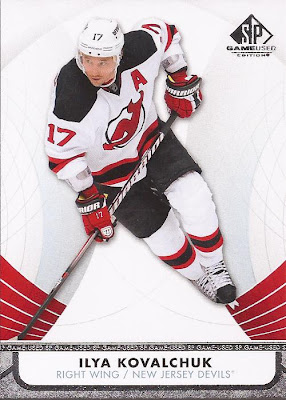 Meh. Let me say it again - NJ, dump the black and bring back the green. Trust me. 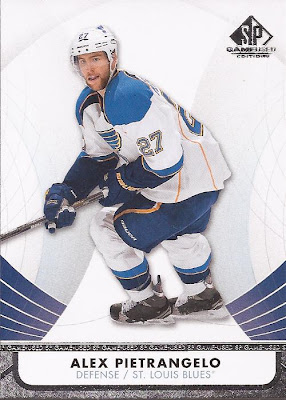 BONUS CARD! Yup, pulled 6 in a 5 card pack, with the dummy card too. Let me say it again - St. Louis, dump the Bettman stripes. Trust me.

There ya have it. Go Hawks!