Written by Matt Flaten at 9:25 AM
Here is the first pack 2012-2013 Panini Champions League Stickers a.k.a. the only cards/stickers I've found in Ukraine.  These were a little less than a dollar a pack and you get five stickers per pack.  Here's what I pulled: 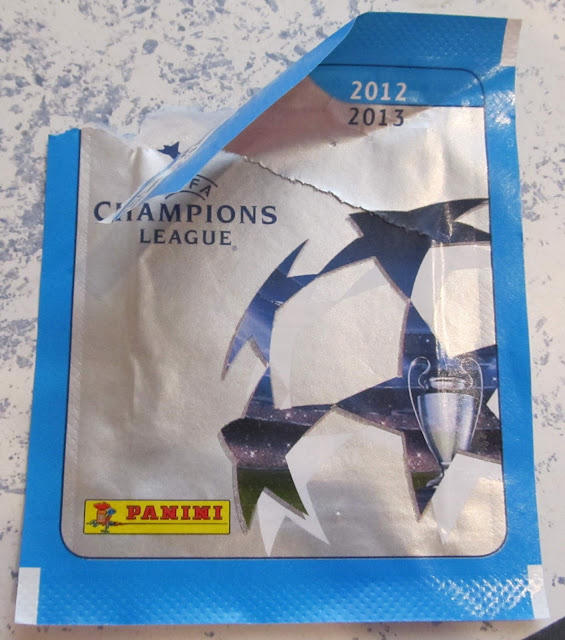 My first sticker is of Toni Kroos, a midfielder for FC Bayern Munchen [Location: Munich, Germany].

And here's the reverse side of the sticker before you peel off the front side. 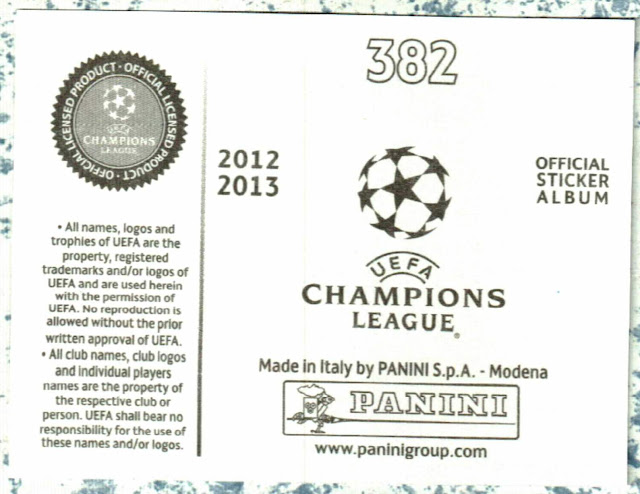 Next we have Alex Sandro, a defender from FC Porto [Location: Porto, Portugal].

My next sticker is of a player who only needs one name apparently...that is Jonas who plays forward for of Valencia CF [Location: Valencia, Spain].  Not exactly Pele in the name recognition department.  His full name is Jonas Goncalves Oliveira for those keeping score at home.

My next sticker is a super shiny team sticker for Juventus F.C. out of Turin, Italy but you can call them Juve for short.  Founded in 1897 they are the most successful team in Italy.

My last sticker is of Ezequiel Lavezzi who is a forward for Paris Saint-Germain FC [Location: Paris, France].  Originally from Argentina, Ezequiel was on the 2008 Gold Medal winning team.

Cool ! Did you find an album ?

Yes, found the book too. http://www.heartbreakingcards.com/2013/02/i-finally-found-some-sports-cards-in.html

This year I decided that I would not make the collection. I've been doing the collection for the last 2 or 3 years since my team, S.L. Benfica, has been present.

But I got tired of having the same photos and the almost exact same design for year after year...

Will only make the collection for the next World Cup.