Written by Jafronius at 1:17 AM
Greetings!

Hope everyone's enjoying the weekend.  All of you out there sitting in front of several TVs to watch the tourney, have fun...hope your brackets are somewhat in tact when the weekend's over!

Anyway, this pack was posted before, but after picking one up at the local Dollar Tree, I figured another one couldn't hurt...just think of this as a public service.  It's another Cards One Ultimate Super Jumbo Pack Mixed Sport Edition! 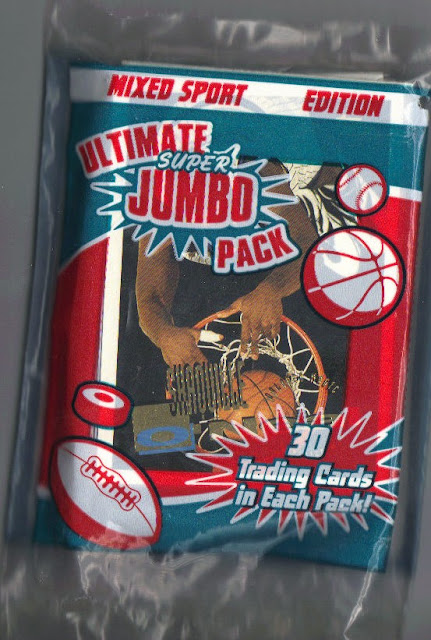 As you can see, Shaq's the top card.  Assuming the card has a Beckett value of at least a dollar, I decided to pick it up.  It's a nice looking card, and it's early Shaq.  Here's the rest of the pack:

Not a bad start.  Note to self...if you ever run into Kendall Gill, just agree with anything he says.

Still alright.  The Bell card was nice surprise.  The front looks fine but the back is pretty misaligned.

And now it begins...

OK, nice one Cards One, scoffing at me with that radioactive ball.  That's cool, I still got my Shaq!

Hmm, OK, Cards One, I get the point...it's junk wax, you're not really checking for duplicates, you're just trying to fill those Dollar Tree quotas.  Still got my Shaq! 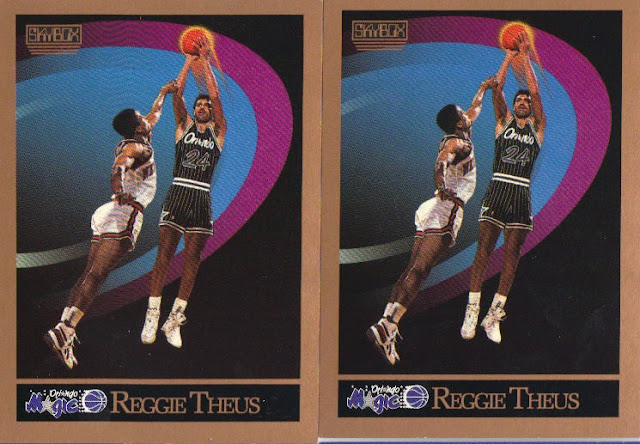 Reggie's got some serious "Hang Time" there.

Whew, at least the Skybox Orlando Magic run is done.  I see a blue bordered card next...

Just when you thought it was safe to start flipping through cards.  The back of the pack did guarantee a "Hall of Fame card", so I guess 3 Monks are better than one?  Shaq? 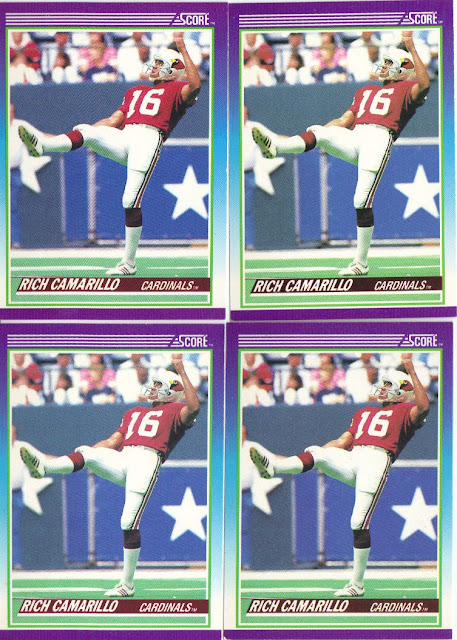 OK, so I got another Hall of Famer, and a Bear to boot.  That's fine.  I see some Upper Deck coming up... 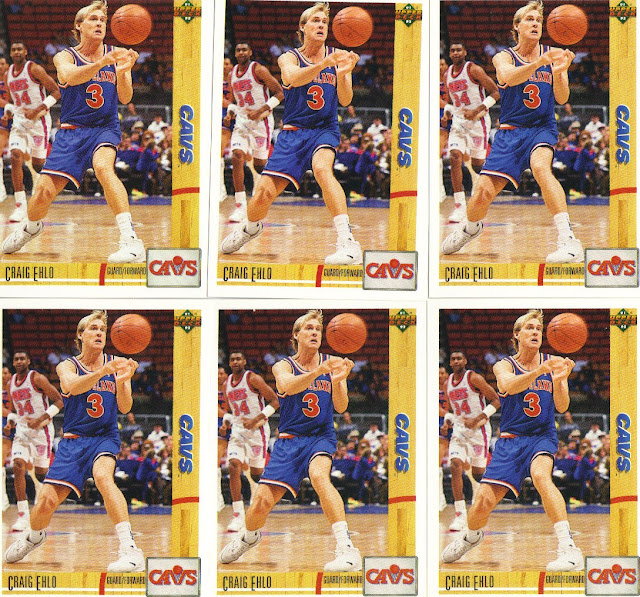 Gah!  I've been Ehloed!  Is that even a term, like a poor man's Bip?  Geez, Cards One, your helper monkey must have been on break when this pack was put together...not even a "defense during the NBA All-Star Game's first half" attempt at quality control? 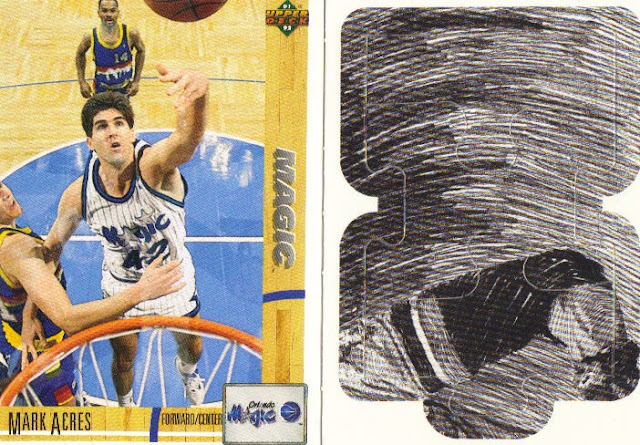 The puzzle piece was visible at the back of the pack, so I knew I'd be getting Rod's elbow.

That's the pack.  I did get my money's worth, and it is a repack of cards, albeit with horrible QC.  If there's a lesson to be learned, it's make sure you want or need the top card in these packs so you're not completely disappointed in the rest of it.  That's all for now...thanks for reading!

Wow. Can't believe they had all of those dupes. Wow.

How much does a pound of cards cost?

Wow - worst I ever got in a pack of those was 3 card dupes.

Ehlo'd - put that on a Tshirt.