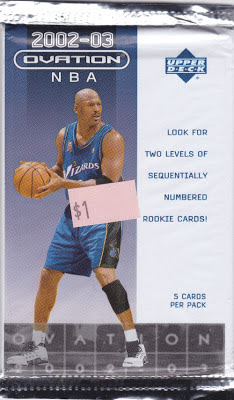 The NBA draft is tonight, so I figured it was a good of a time as any to flashback to the days leading up to The Darko Draft. 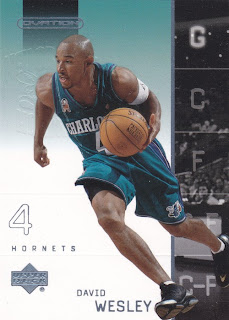 56 - David Wesley - This is a really nice design, and I really like the inset logo that has an almost "stamped" feeling to it. I am still in the process of figuring out who the New Orleans Hornets cards that I've accumulated will belong to in my basketball card club, now that the Hornets are the Pelicans and the Bobcats are the going to be the Hornets. 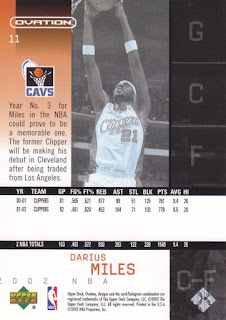 11 - Darius Miles - A few years before LeBron James was hyped on ESPN while he was still in high school, Darius Miles was providing the blueprint for what it means to be completely overexposed to an athlete when he's still young enough to have a curfew. Yes, the so-called Worldwide Leader had Darius Miles high school games on their channel, but Miles crapped out in L.A. He showed flashes of his early brilliance in my hometown of Portland, but it ultimately led to much more heartache (and ridiculous amounts of wasted dollars) than anything positive. 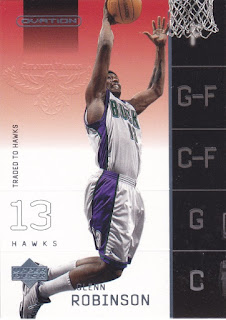 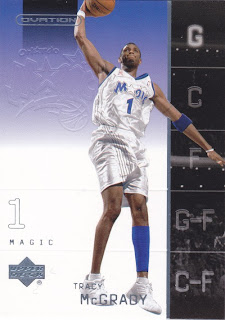 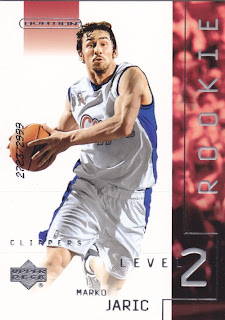 111 - Marko Jaric Level 2 - The pack wrapper implored me to look for two levels of rookie cards, and I have done such a thing. And I ended up with Marko Jaric. It's numbered, and you can see it if you look at the basketball.