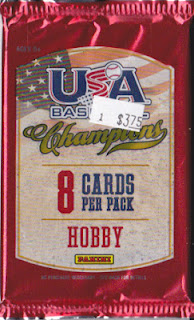 Panini puts out USA Baseball Champions set. This set feature players that played on USA team from the past to the present. This is a hobby pack. 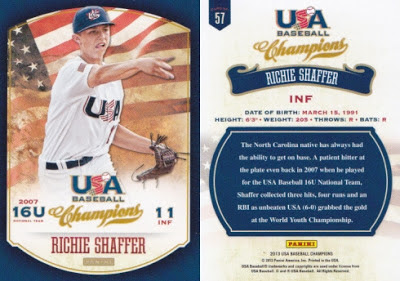 57 - Richie Shaffer - front has player wearing USA uniform while back talking highlights with the team. Shaffer played for Clemson; got drafted 15th overall in 2012 draft by the Rays. Currently playing for A+ team. 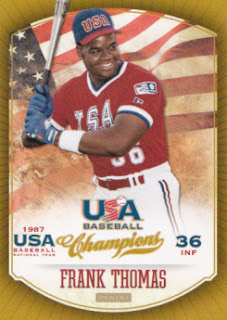 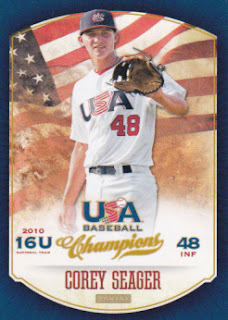 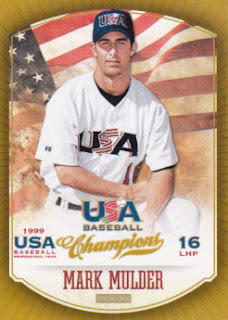 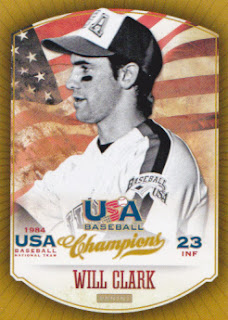 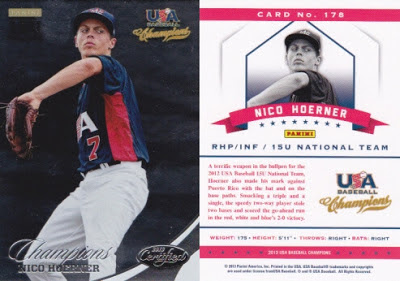 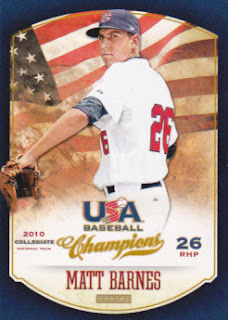 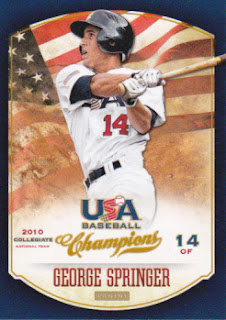 Another Will Clark I have to track down. Heavy sigh.