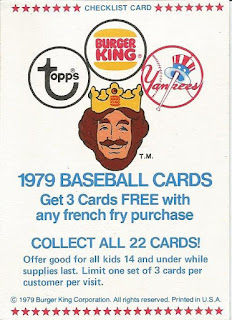 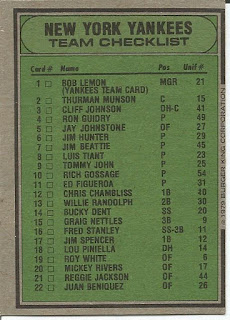 Back when Topps was making cool oddball/food tie-ins, in 1979 they teamed up with Burger King to create a 22-card set of Yankees. The title card, featuring logos and other set-related info, served as the set checklist and was included with every cello pack of three player cards.

The fronts of the cards matched the 1979 style of the regular issue set. In fact, Topps used the same image from the standard set, so if you looked at the card, you wouldn't even realize it was an oddball item. 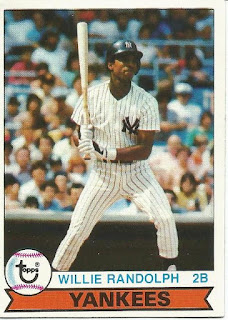 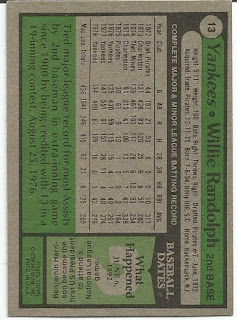 The backs were also taken from the 1979 standard set. The only difference is that the card number wouldn't match the standard issue set numbers. This would clue would-be collectors into the fact that something was different about these. 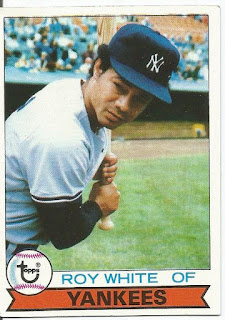 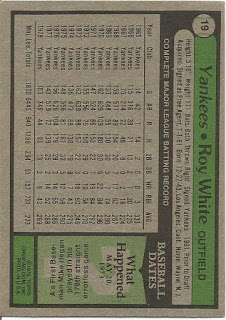 Perhaps Topps might have helped collectors a little more had they included something about Burger King on the back. ah well, at least we got to pull a future HOFer from this pack! 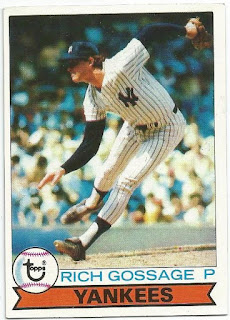 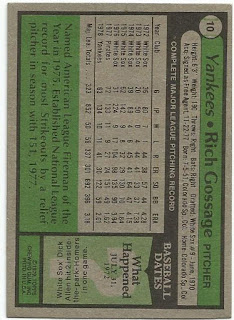 Gossage might just be the coolest card in the 79T set. That's a great action shot!