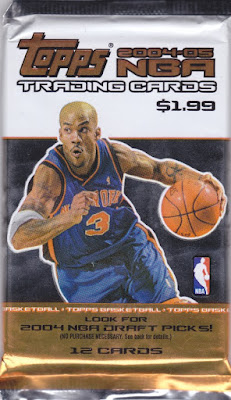 We're just barely a week into the two month grind of the NBA Playoffs. Here's a pack of basketball cards from way back in last decade, where they actually let Topps get involved. 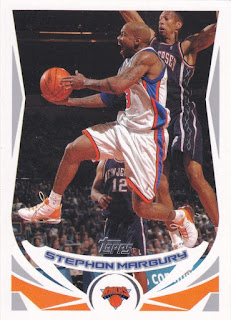 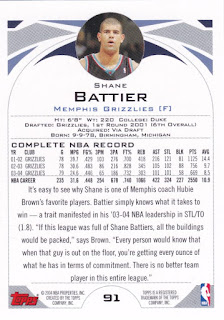 91 - Shane Battier - The backs of the cards are solidly designed, and feature a second, small player photo. 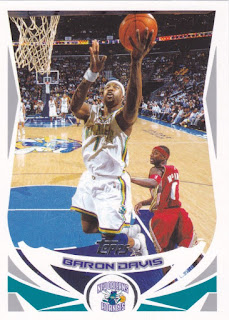 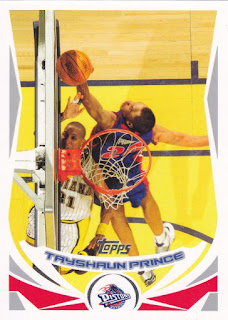 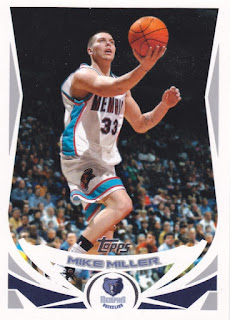 67 - Mike Miller - Both the New Orleans move (from Charlotte) and the Grizzlies move (from Vancouver) were still relatively fresh when these cards came out. 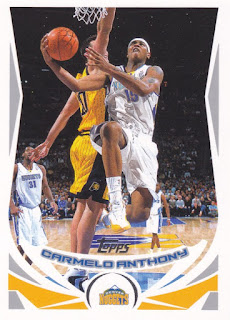 15 - Carmelo Anthony - One of only three active players in this pack (spoiler alert: the other two are rookies.) 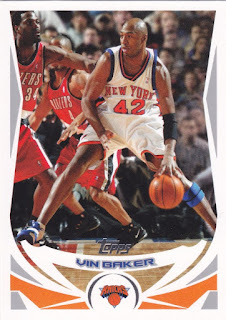 83 - Vin Baker - I feel like Baker was from a completely different generation from the rest of the players in the pack. 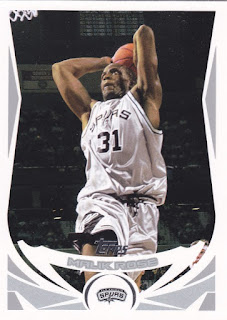 135 - Malik Rose - Rose was a role player, but has a couple of rings with the Spurs. 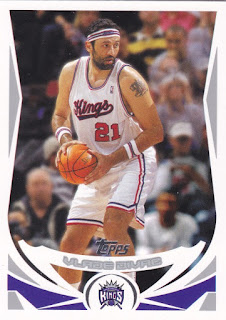 107 - Vlade Divac - Speaking of another generation. Vlade is an exec now. Nice throwback look here, though. It comes complete with headband. 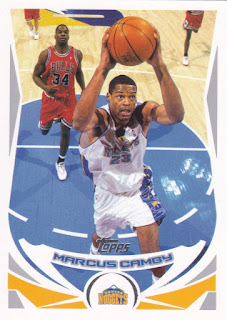 63 - Marcus Camby - I almost want to start a Marcus Camby PC just for the photography on his cards alone -- especially for his facial expressions. 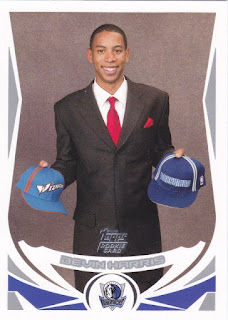 225 - Devin Harris - We now enter the rookie portion of the pack with Harris, who comes off the bench for the Denver Nuggets these days. Is Harris a hat collector, or is he just confused about which team he's supposed to play for? 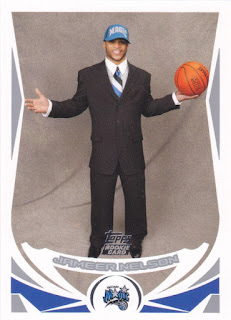 240 - Jameer Nelson - It's-a me, Jameer! At age 35, Nelson spent most of this season with dreaded New Orleans before winding up on Detroit's bench to finish the season.