Written by Kin at 5:30 PM
A couple of weeks ago at a local card show, I picked up dozens of old "junk wax" packs at 4/$1.  Probably a third of them were from this set.  The bad news is that almost all of the cards were stuck to the ones above and below.  The good news is that it was really fun to open these packs.

There's a previous blog post (you can read it here), but it's from 2010, so why not post another?

Per Beckett.com:  "Issued in two 330-card series, these 660 standard-size cards represent Pacific's first effort at a nationally distributed, MLB-licensed card set. All text on both sides is in Spanish. The cards are numbered on the back, grouped alphabetically within teams, and checklisted below alphabetically according to teams in both series. Each series card numbering is alphabetical by players within teams with the teams themselves in order by team nickname. Very early in the printing, Rob Maurer (number 313) was printed with, very obviously, someone else's photo on the card. This very tough card is rarely seen in the hobby and since it is so thinly traded there is no established market value. On the Third Annual Latin Night at Yankee Stadium (July 22, 1993; New York Yankees versus California Angels), four-card foil packs, featuring a title card and three player cards, were given away."

If you need any of these for your collection, below are a couple of links where you can find the cards.

Now, onto what you opened to see... 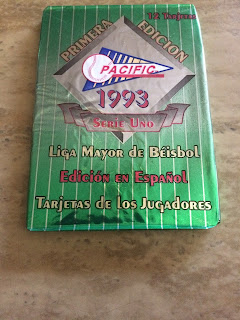 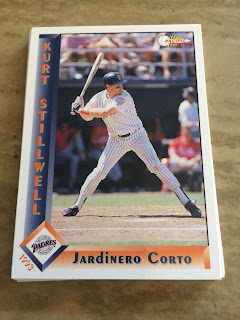 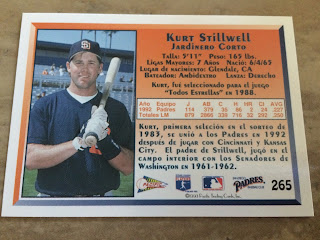 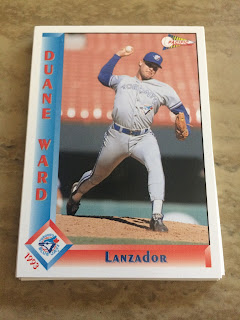 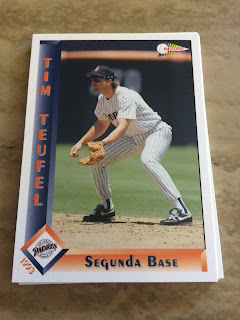 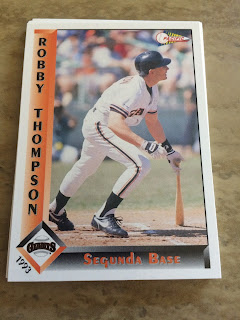 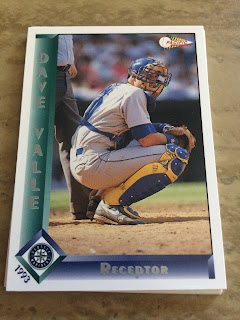 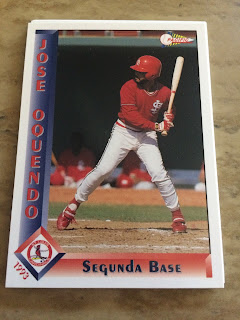 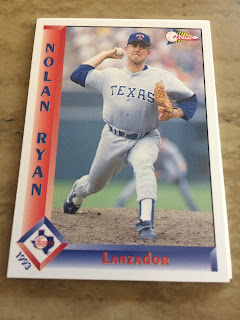 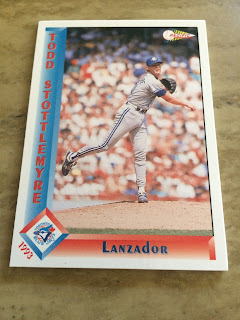 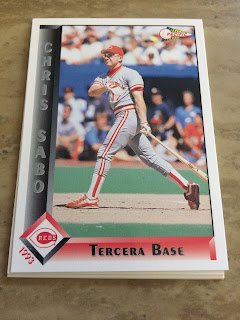 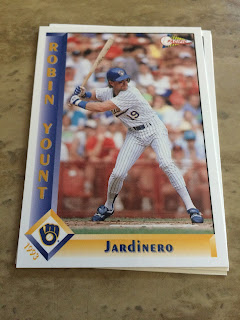 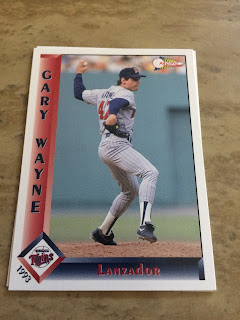 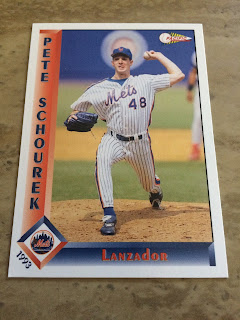 Not a whole lot to look at.  I liked Pacific, but this debut issue left a lot to be desired.  Does anyone out there have anything good to say about the set?

I was a big Pacific fan. Granted, their inaugural issue was not their best, BUT... I remember bringing some into work with me and my Hispanic co-workers were smitten. So I provided some dupes for them to take home to their kids and their kids flipped (in the good way). This tells me Spanish and/or bi-lingual cards were a good idea then and would be a good idea now.

I dig them as a Spanish-language product for a US market. Even did a whole blog post about them. I definitely wish someone would try for that market again.

I've always liked cards in different languages. Pacific was a fun brand in the mid 90s.

Not the biggest fan of Pacific's designs... but I gotta admit, their photo cropping kicks Topps' butt.