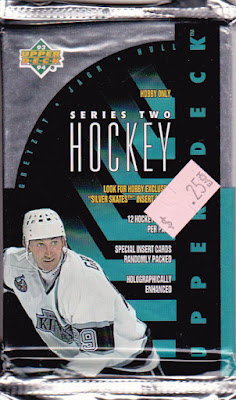 Let's go back 15 years ago with this 12 card pack. Hey I even got it for a quarter. Series 2 take cards 311-575 with World Junior Championship subset. Notable names on WJC from series 2: Jamie Langenbrunner, Michael Peca, Todd Harvey, Jason Allison. Also have 1 card from SP insert set. Careful on opening as cards as some cards are stuck together especially WJC subset. 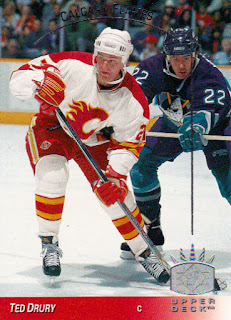 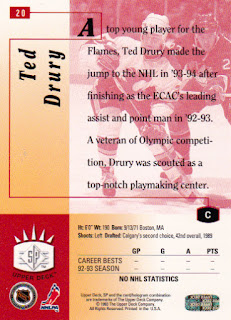 20 (SP) - Ted Drury - older brother of Chris played 8 seasons in the NHL. He spent remaining years of his career in German league. 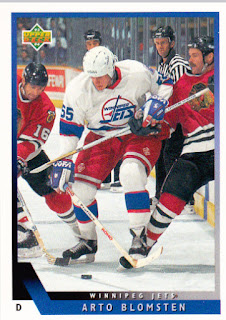 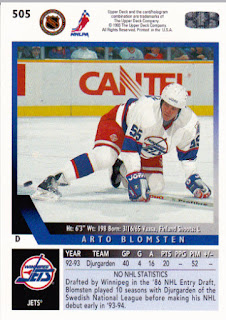 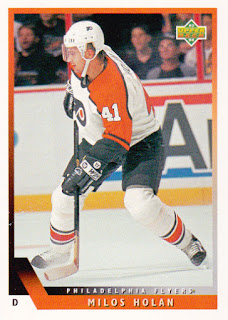 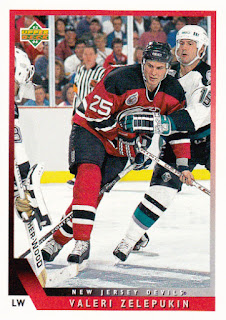 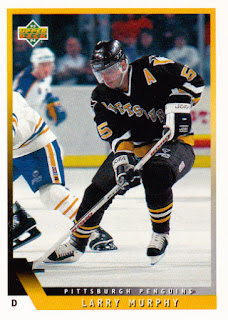 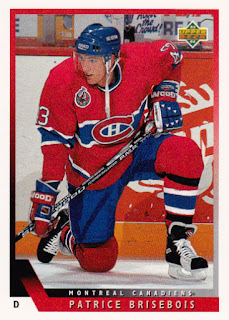 318 - Patrice Brisebois - took up racing after his career ended. Currently in charge of Canadiens player development 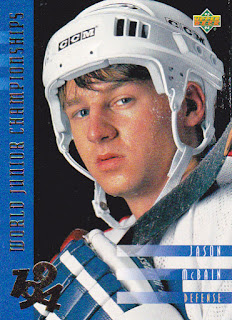 552 - Jason McBain - WJC card as McBain played for Team USA. Spent almost all his career in the minors playing total of 9 games in the NHL. 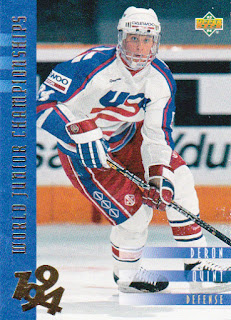 561 - Deron Quint - played 9 seasons in the NHL before spending remaining decade of his career overseas in Germany and Russia. Last played in 2016-17 season. 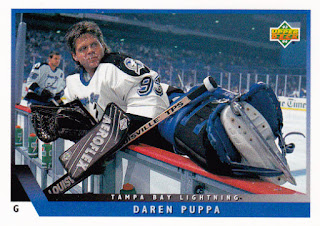 473 - Daren Puppa  - warmup shot stretching the leg out. Interesting note he's the only player taken twice in expansion draft in the same year. 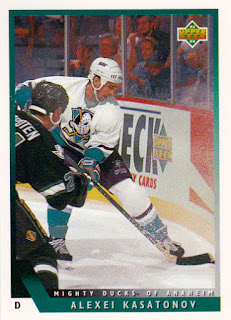 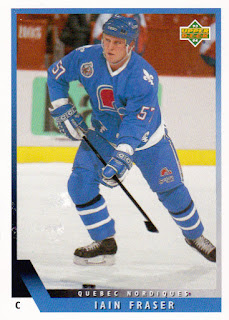 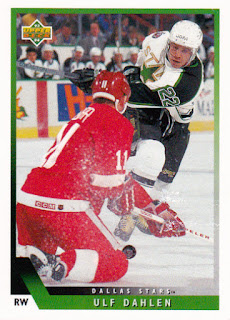 360 - Ulf Dahlen - his shot getting blocked by Shawn Burr

Some great photography in this set!

Great stuff. Well worth a quarter.

Worth it for sure. I've always thought Upper Deck has done a great job with their hockey cards. This is another good looking set though this is the first time seeing it. Good stuff.