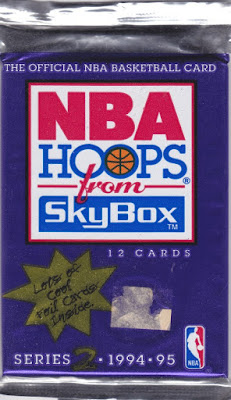 Basketball season is right around the corner. As in, like, next week. Here's a pack from the past. Lots of Cool Foil Cards Inside, kids! 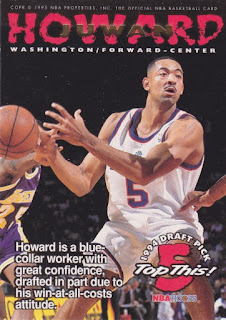 425 - Juwan Howard / Isaiah Rider Top This! This is a two-sided card commemorating recent draft picks, made to look like quasi magazine covers, I guess? 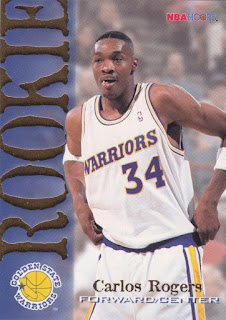 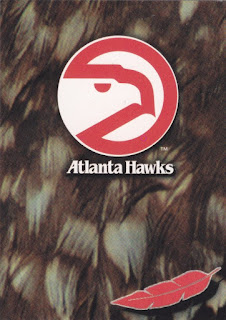 391 - Atlanta Hawks Trivia - Each team has their own trivia card in the set, with the team logo and related design on the front. The Hawks get, er, feathers. The back has a team-related trivia question. 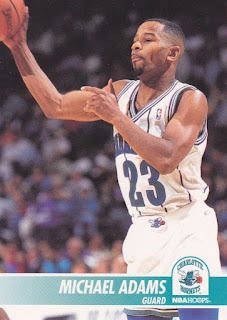 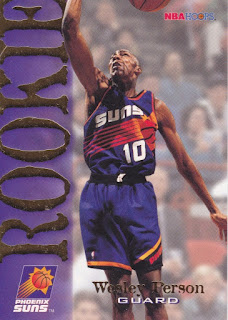 364 - Wesley Person - Person went on to have a pretty solid career. 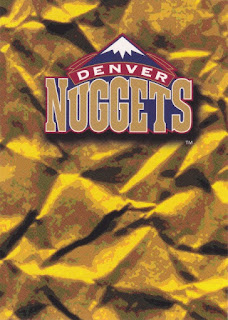 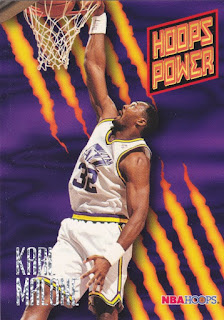 PR-52 - Karl Malone Power Ratings - These were a one-per-pack insert. 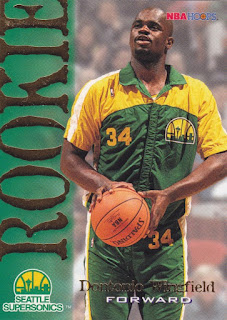 375 - Dontonio Wingfield - Wingfield was probably better known for his legal troubles than his playing career. That's a pretty sweet Sonics warm-up, though. 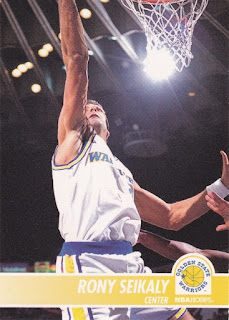 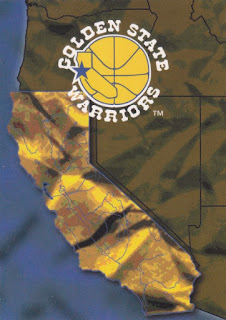 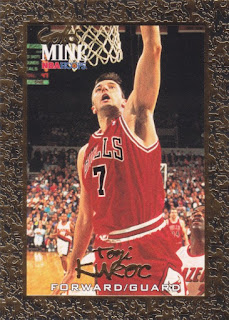 433 - Toni Kukoc Gold Mine - These probably sounded good on paper, but they're absolutely garish to look at. 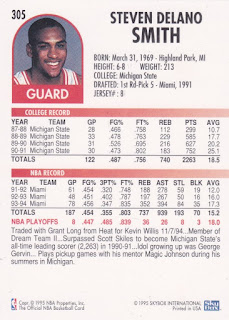 305 - Steve Smith - The backs look like classic NBA Hoops cards, which is nice.

The team logo/trivia cards are interesting. Kudos to Hoops for trying something different. Overall I'm not a big fan of the overall design, but the card backs are nice.

Ripped a ton of Hoops back in the day .yeah not the greatest design. All the stats on the back are great. Fun cards .

Wow I didn't know they seeded the Team Logo cards so frequently.

This is my third favorite set ever. I love it! The first NBA box I ever opened may have been this set...I completed it long ago.

Bought lot of this when I was a kid