Written by Jafronius at 2:52 PM
Greetings!

Hope everyone is doing well.  As we get ready to watch Game 3 of the World Series, it's important to remember the season that was.  And in the baseball card world, Topps tries to do it with it's Update Series.  The 2018 version was released the day before Game 1, although some in the blogosphere got their hands on some before the 22nd.  I also had the opportunity to get a pack before the release date, but passed, opting to get a rack pack after my overnight remodel shift ended Wednesday: 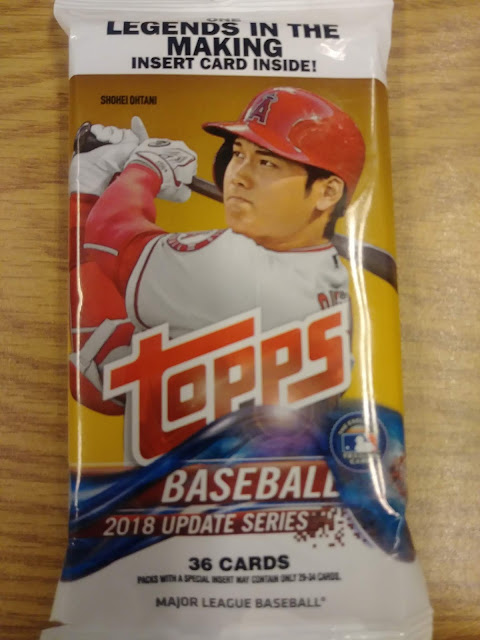 There's 300 cards in the Update set, just like the last 2 years.

Anyway, I decided to look up the transaction date for traded players in the pack I picked up.  Here's what I got: 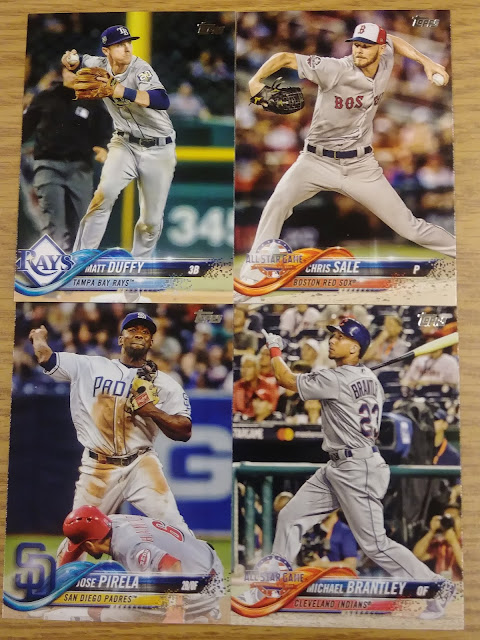 
I still think the All-Star cards should be inserts.  Allows for more bench players and middle relievers. 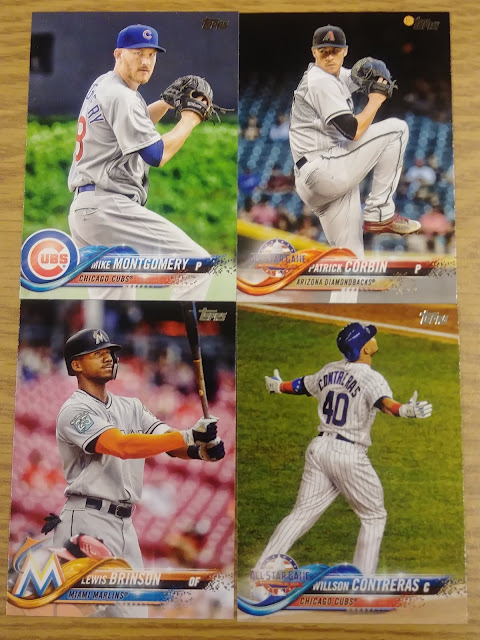 Willson's card is Stadium Club-esque (and Panini-esque).  He also believes he can fly. 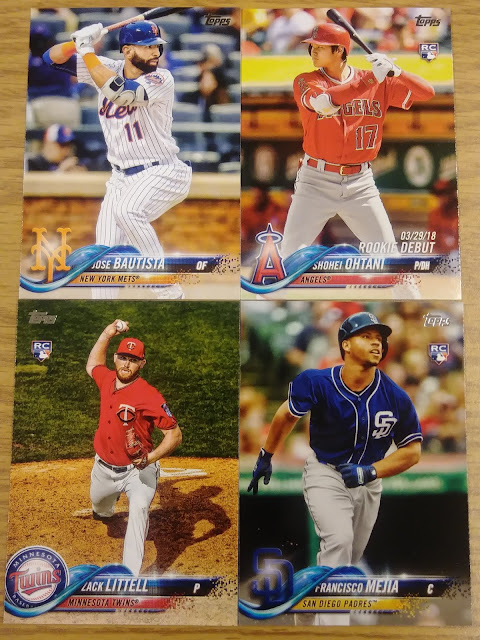 Bautista started the year with the Braves but was released and signed by the Mets as a free agent in May.  New York traded him to the Phillies on August 28; obviously the Topps cut-off date is before 8/28.

Mejia was traded to the Padres on July 19th, although that card could still be photoshopped. 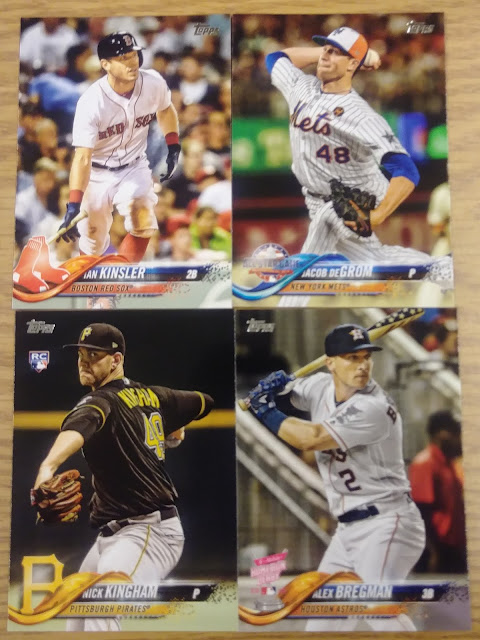 Kinsler was traded by the Angels to the Red Sox on July 30th.  It would be nice for him to get a ring. 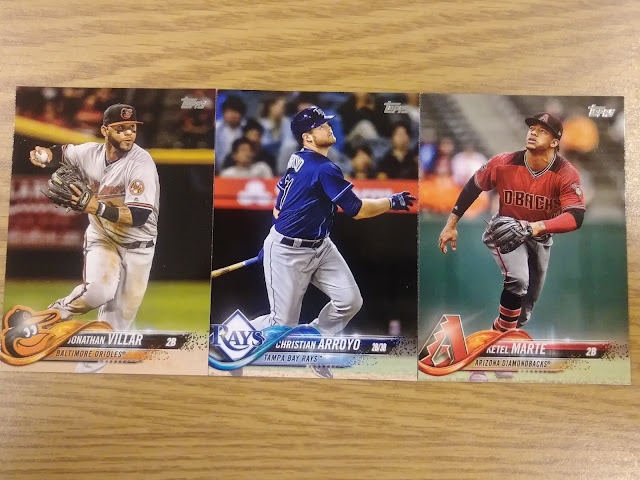 Villar was traded from Milwaukee to the Orioles at the July 31st trade deadline. 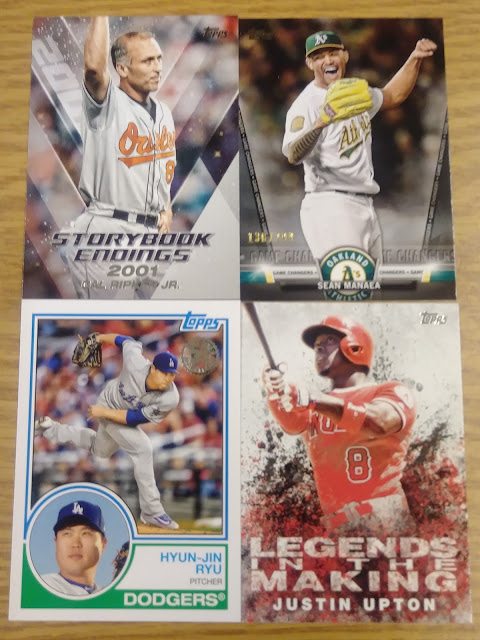 Storybook Endings come 1 in 3 packs.  I looked up the cards in the set; there's only 10 players on the checklist.  I'm sure there could have been more players, but I'm glad they didn't include Lou Gehrig, which would be a Topps thing to do.

If I read the odds right, the Manaea card is a 1 in 124 pull.  It's a black parallel.  The Salute insert set is still not necessary.

The 1983's are back and come 1 in every 2 packs.  You get one Legends In The Making card in each rack pack.

Time for the horizontals: 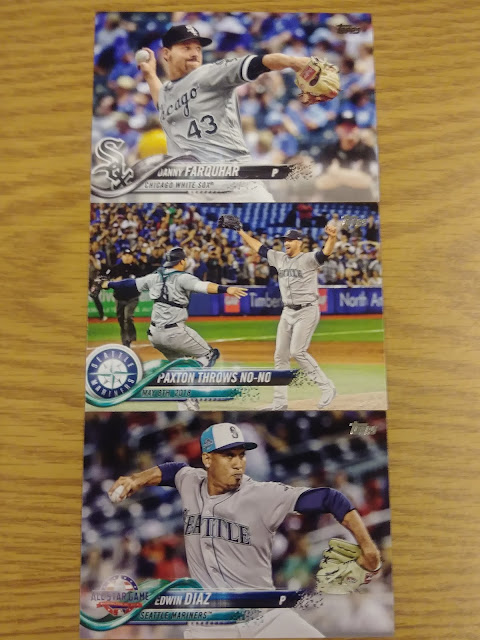 Farquhar made news for nearly dying in the dugout from a brain hemorrhage.  Nice of Topps to give him a card. 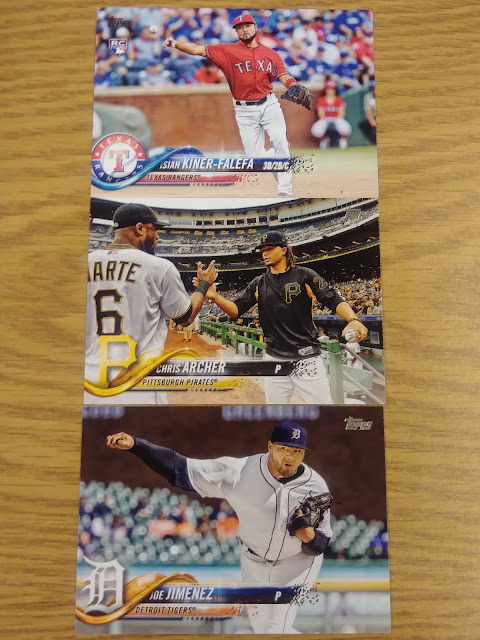 The position given for Kiner-Falefa is awesome...3B/2B/C!

Chris Archer was traded from the Rays at the trade deadline.  Nice card...no chance of photoshopping here. 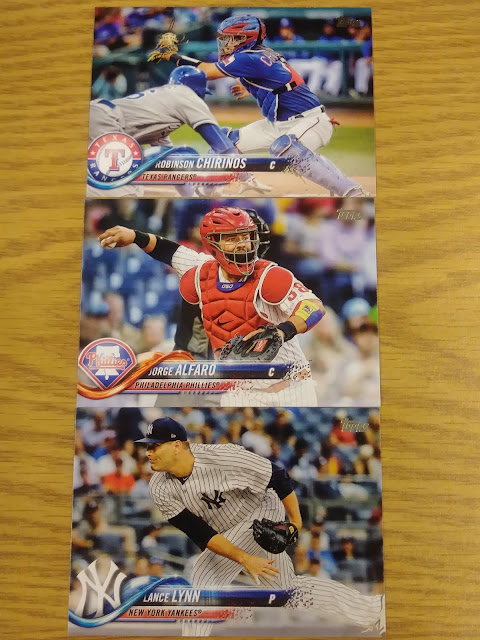 Back to back Matt Garza trade cards here, as the Cubs sent Chirinos and Archer, among others, to Tampa Bay for Garza and two others.

Lynn was traded by the Twins to the Yankees on July 30. 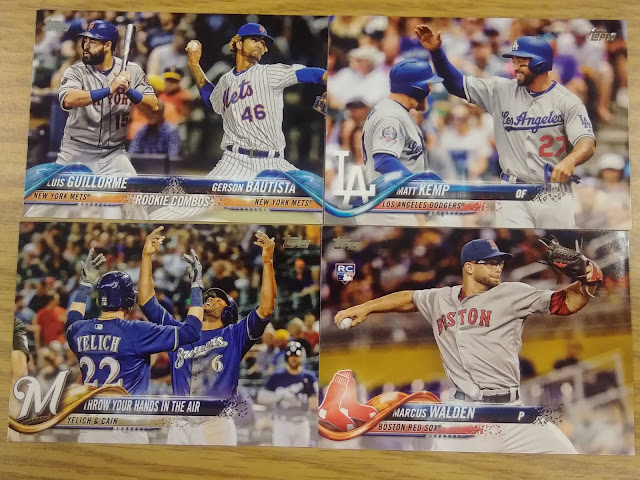 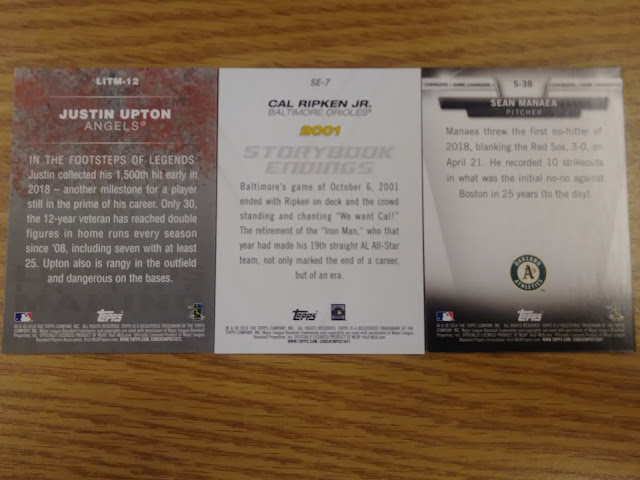 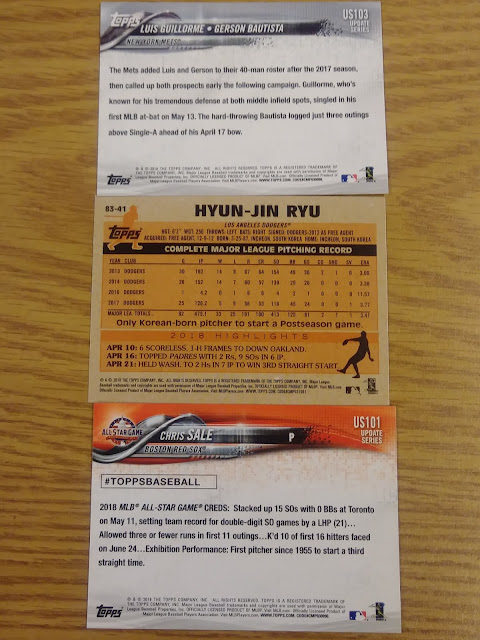 Well, my traded player experiment fell flat with this pack.  It appears Topps got the July trading deadline players but I wanted to see if there were any August transactions made (Bautista's move was obviously too late).  I'll defer to the blogosphere for the final word on the player selection for this year's set.

Anyway, that's the pack.  The inserts still need help (I miss First Pitch) but overall Update does what it's supposed to do.  Enjoy the World Series, and thanks for reading!

I'll definitely pick up a pack but I'm really just hoping to pull some of the all-star cards which I really like from the update series. Great post and thanks for sharing.

I don't think I've ever seen a 3 position designation on a Topps card... or maybe any card?