Written by cynicalbuddha at 8:00 AM
Stopped by Boscos up here in Anchroage, Alaska for their monthly trade night and picked up a couple packs of Donruss Baseball.  I really like this year's product.  For the first time since Panini brought back the Donruss brand they've base set is an original design.  Sure we're still missing the logos and team colors and parts of the set prominently feature the 1985 Donruss elements, but I give Panini kudos for finally putting something original in the product.
I've picked the best pack to feature, but I've also included some of the other inserts from the other packs to feature as well.  Let's see what I got. 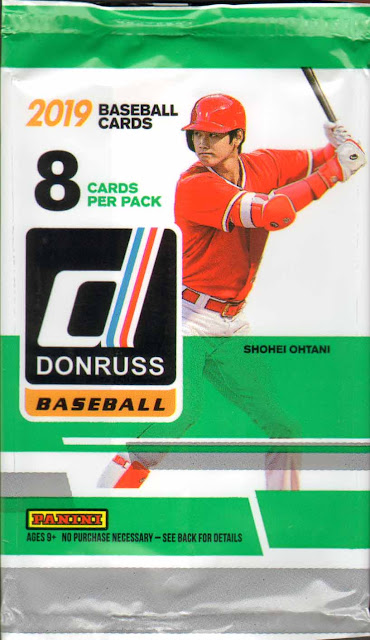 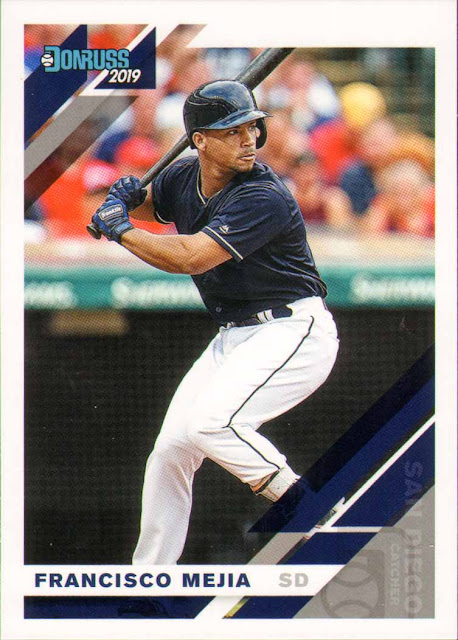 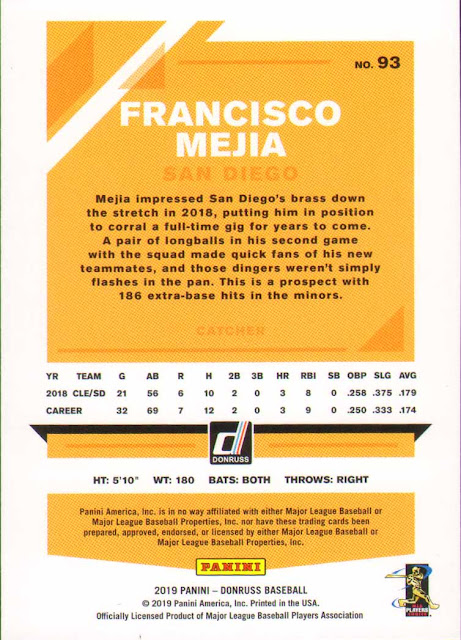 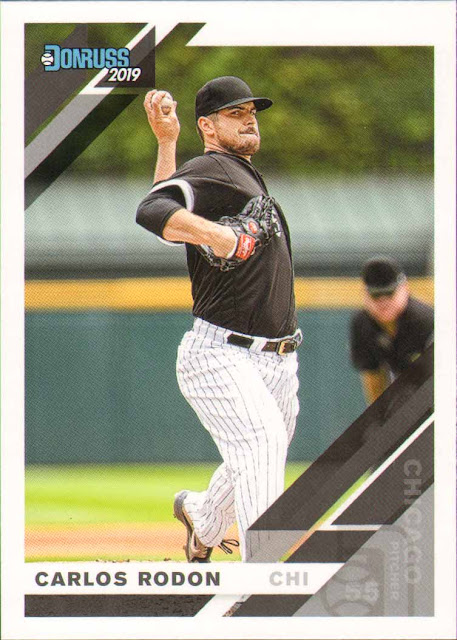 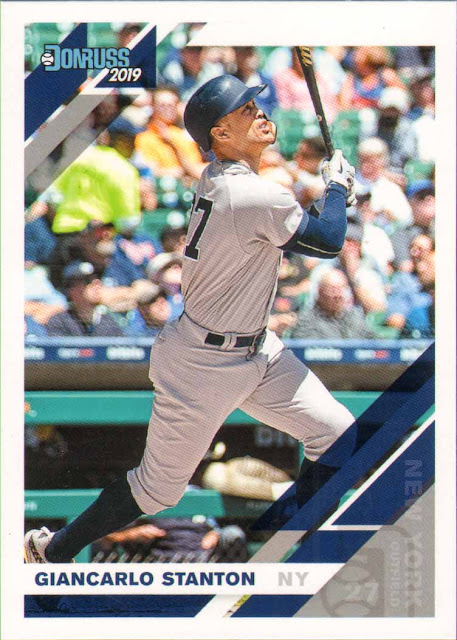 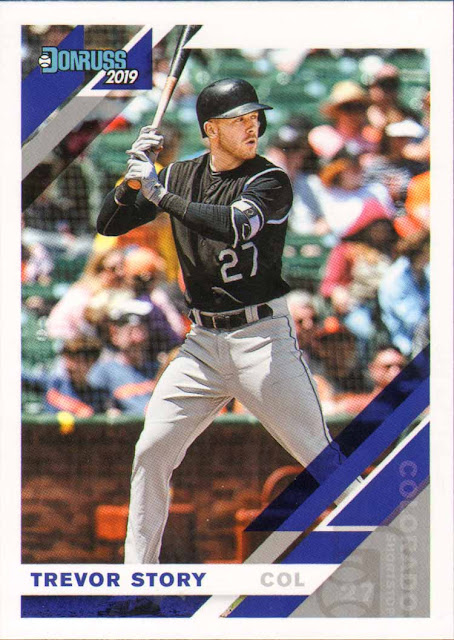 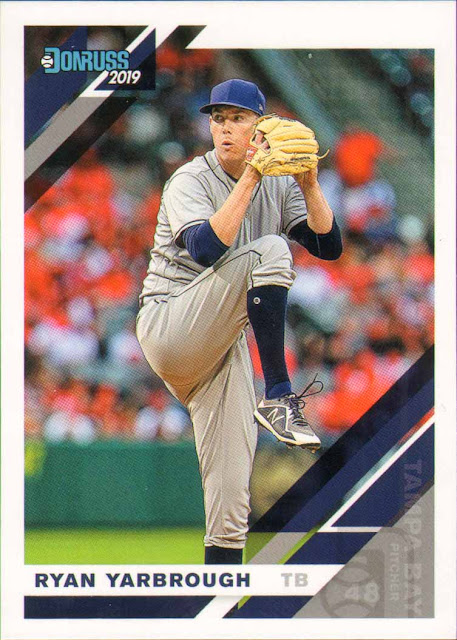 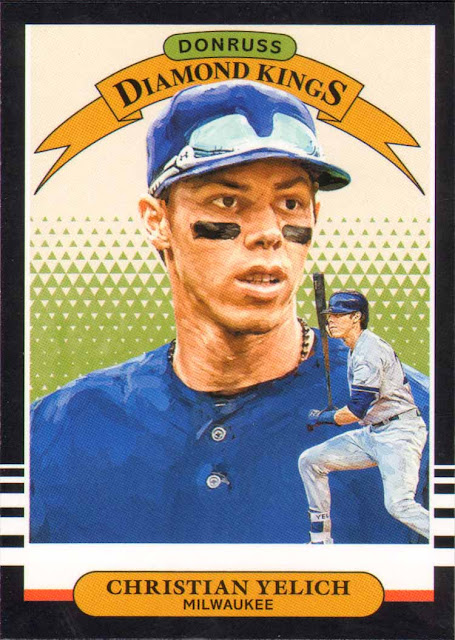 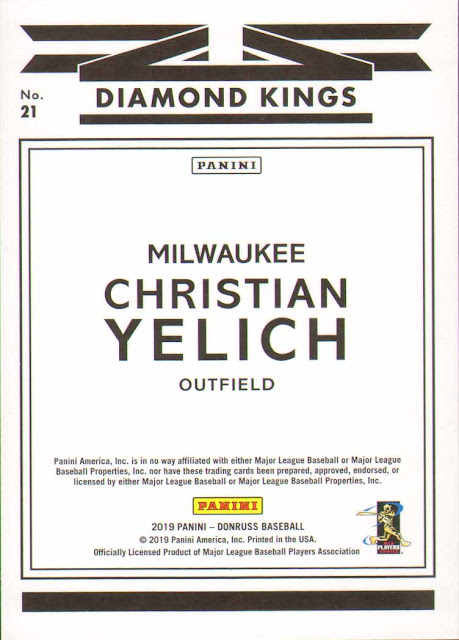 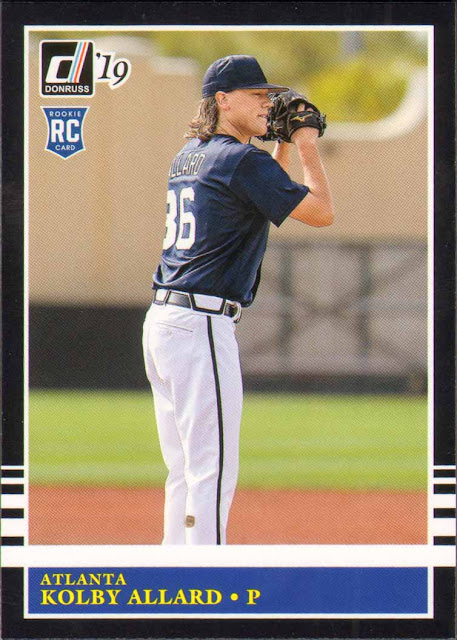 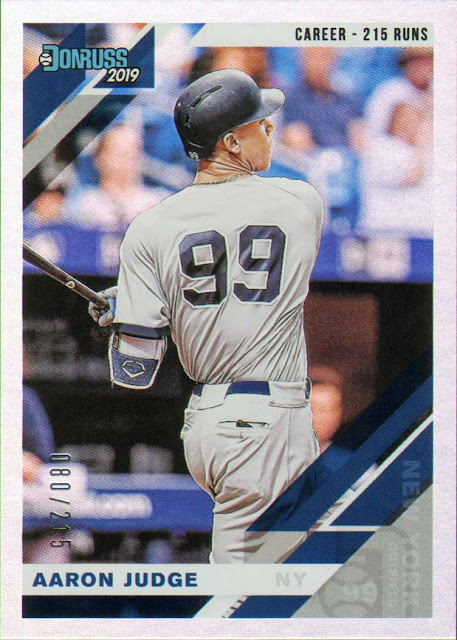 My pack hit was this Career Stat line for some guy name Judge.  Numbered to just 215. 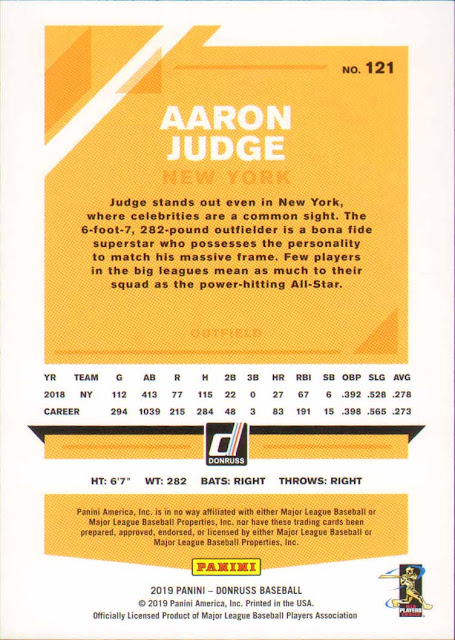 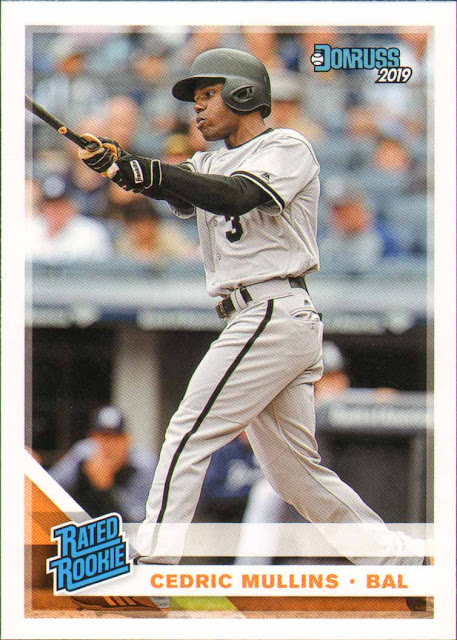 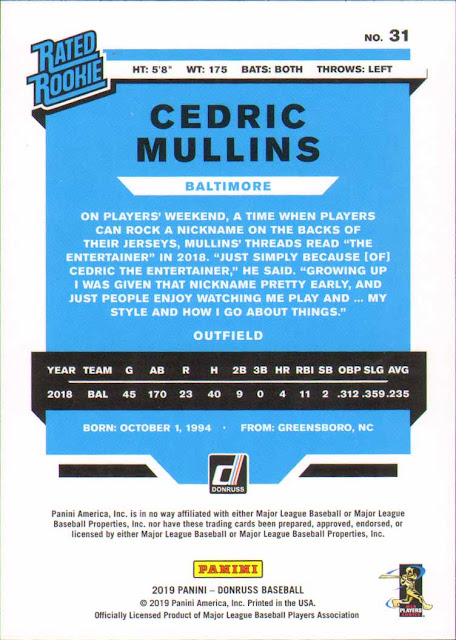 Next a nickname variation for Blake Snell. 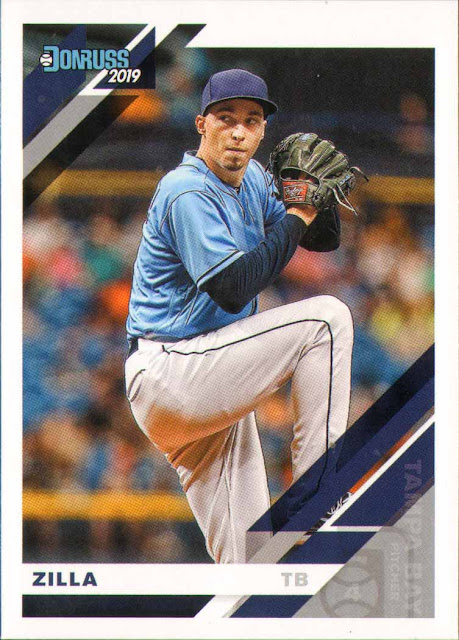 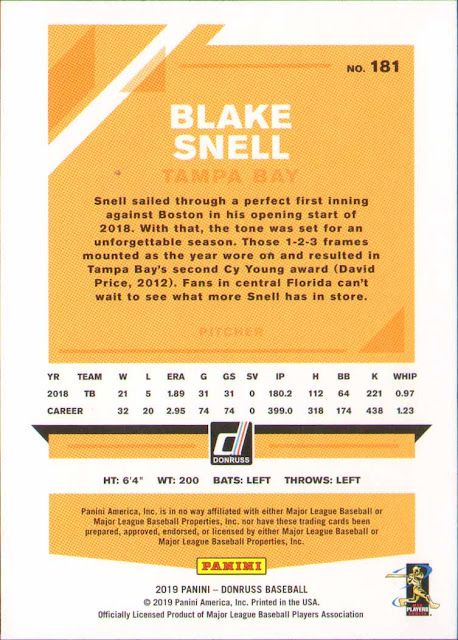 And this super shiney Dominators card of Jacob DeGrom, numbered to 999. 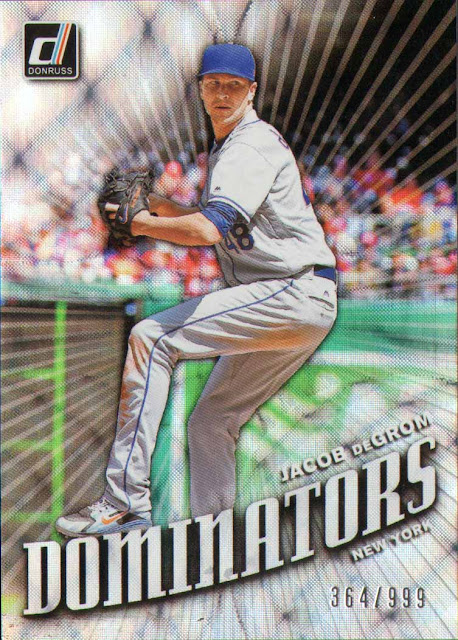 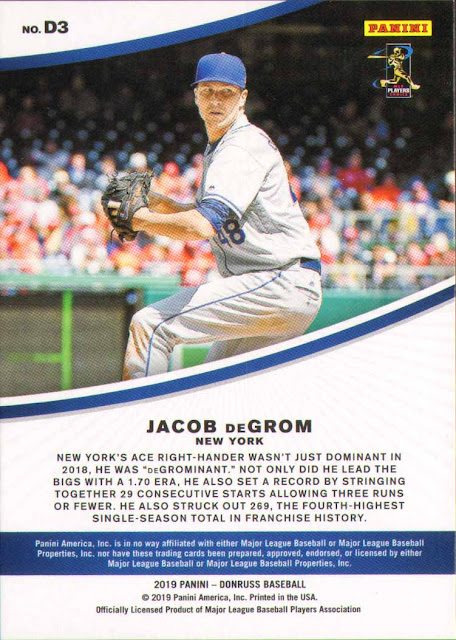 It looks like everyone is playing for the same team.

Much more tolerable design than last year. Not a fan of the nickname variations though.

Nice looking design, not a super thrilling design but OK. Backs UGH. I really wish there were no "exclusive" licensing so that team names and logos could be used.

Solid design. How about a little text on the Diamond Kings, though?

Oh man, I really like the look of that DK: right out of the 80s from the design all the way down to the art.

Yes, that DK front is great. The backs are lame-o.

Why do they have to mess with the uniforms so much (I'm looking at you, Baltimore)?

I feel as if I'm the only one on this planet that actually really likes this product! I just posted the entire contents of my first hobby box on my blog. I hope I can put together the set w/ my other box as finding trading partners for this set is going to be tough.