1993 Topps/Coca-Cola Commanders of the Hill Baseball

Written by SumoMenkoMan at 8:37 AM
A quick scour of the Google-verse tells me these were likely issued at military bases in 1993 with the packs attached to certain Coca-Cola products.  Can anyone confirm this?  Packaged in non-descript glossy black wrappers, these cards were likely hot commodities 25 years ago which might explain the use of the Army's old desert  uniform pattern (if you haven't been to the Middle East, it is freaking hot) for the borders on the cards.  Each pack has five cards and each card depicts each of the 30 MLB teams' 1992 ERA leaders which makes them their respective commander of the baseball mound/hill. The backs do a good job of detailing each of their 1992 outings on the mound.  Look at how many Innings Pitched these guys had compared to the game that baseball has evolved into now. 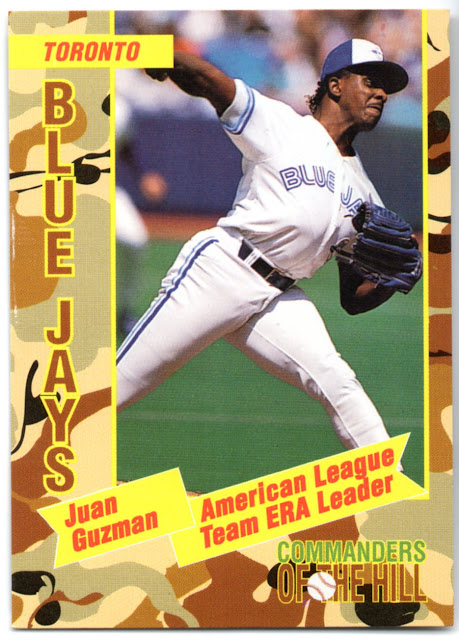 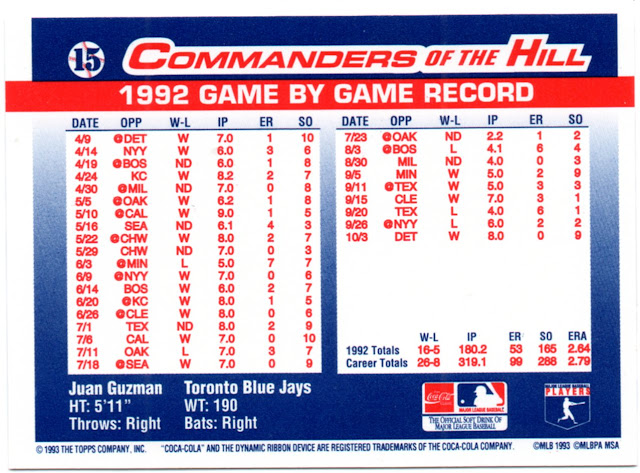 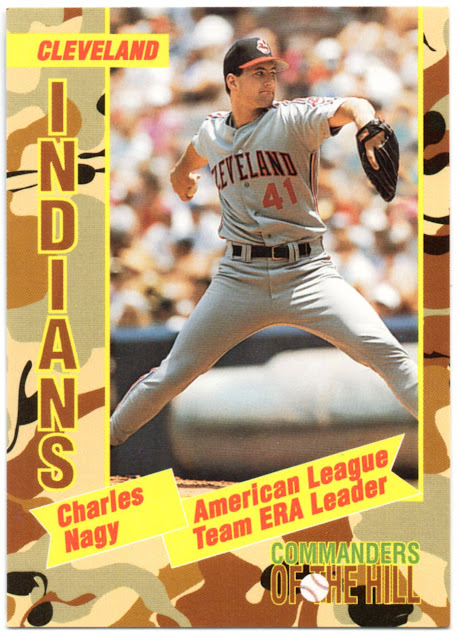 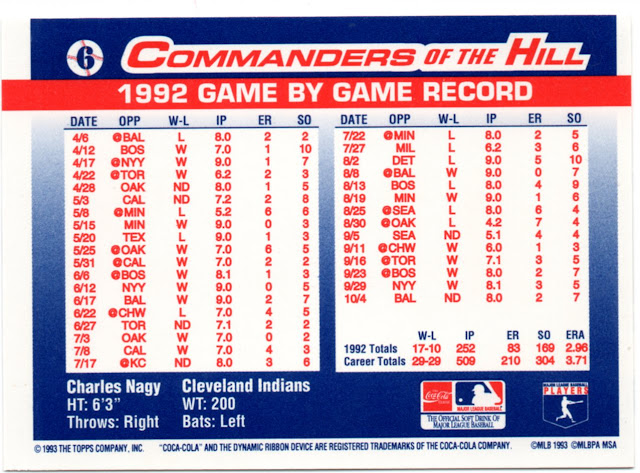 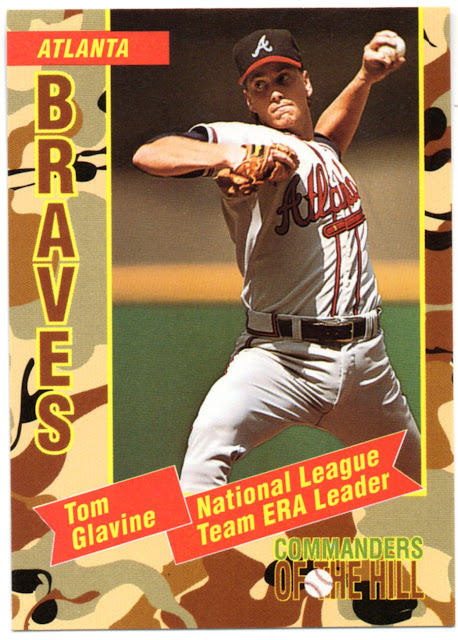 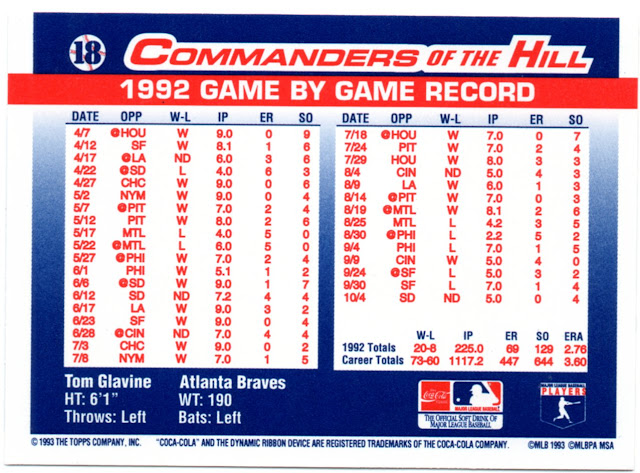 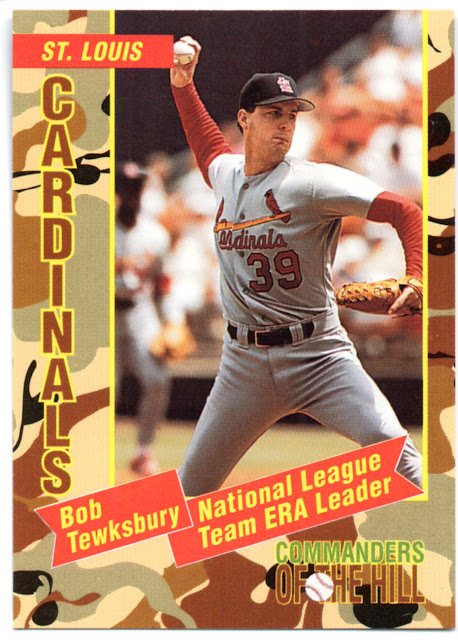 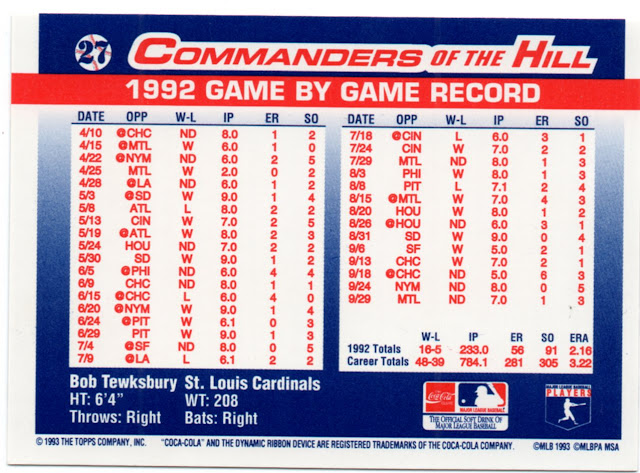 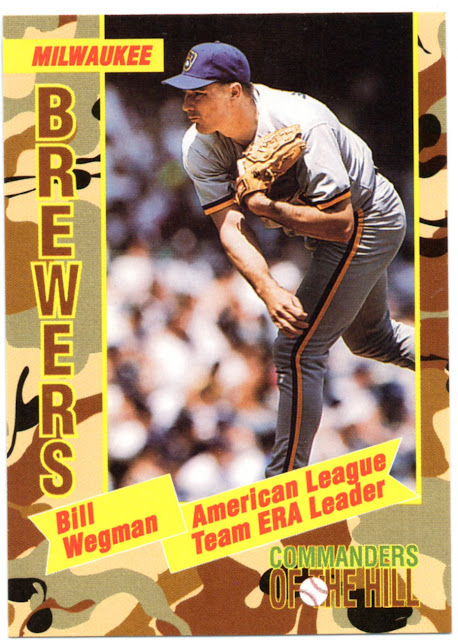 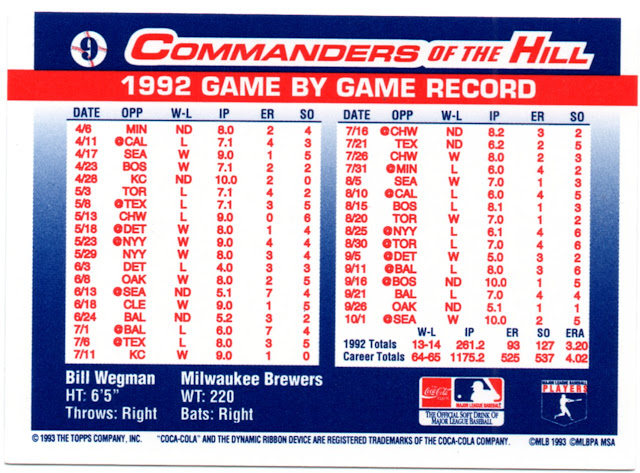 Here is an unopened pack. 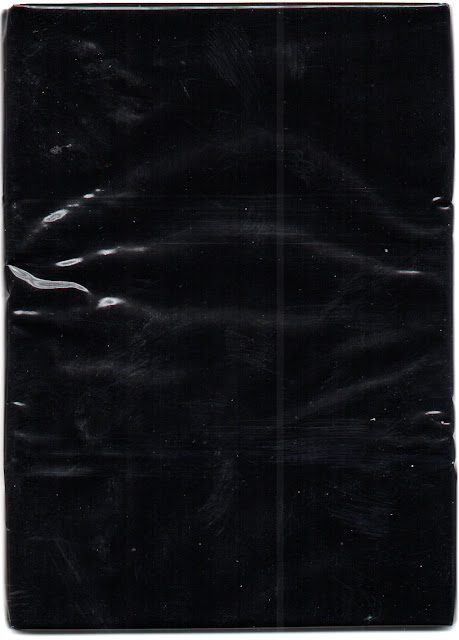 Have an awesome weekend watching baseball!

Email ThisBlogThis!Share to TwitterShare to FacebookShare to Pinterest
Labels: 1993 Topps/Coca-Cola Commanders of the Hill Baseball

They weren't attached to products, you could get them at the AAFES snack bars with a purchase. They came in shiny black wrappers containing I think 5 cards. When the promotion was coming to an end, my dad was stationed in Germany, and they were just trying to get rid of them, so he ended up with a couple of cases of packs. I've got tons of these.

Jason, ahh, great info. Thanks. I scanned the pack and forgot to post it so went back and added it to original post. Holy crap, cases of these????

Never seen these before, but I just bought a bunch of packs on eBay. Can't wait to build this set.

Hey Fuji, you are going to be doubly surprised then this week!

What a find. Never knew about this. I love how they got pitchers game stats way before Baseball Reference