Aside from a quick Topps Fire pack a month ago, it's been pre-Turkey Day since I posted a sports pack here on the site.  I've just been cleaning out my Scan folder due to the funk I've been in.  It's time to get back in the swing of things; here's a pack of 2019 Topps Series 1! 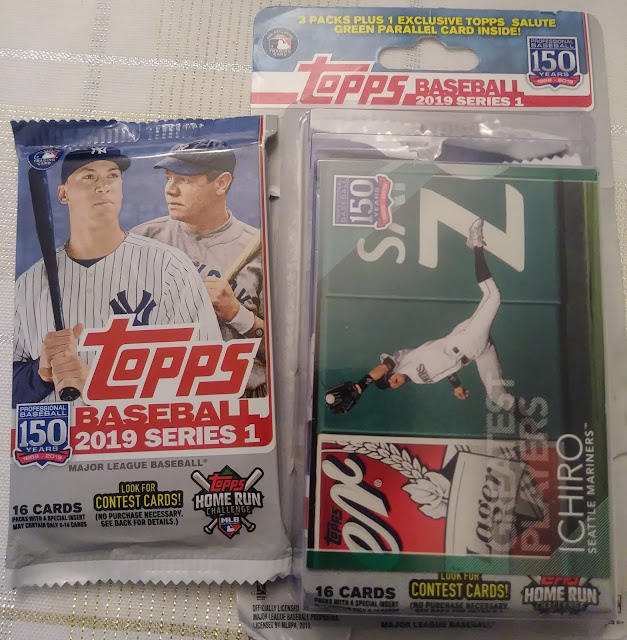 The package on the right contains 3 packs of Topps Series 1 plus an exclusive green parallel Topps card.  The green is on the borders; it's hard to tell from the pic since Ichiro has the green padding behind him and the green grass in front of him.

Anyway, I turned the back of the package over to see if there are general odds for finding a green parallel in a pack: 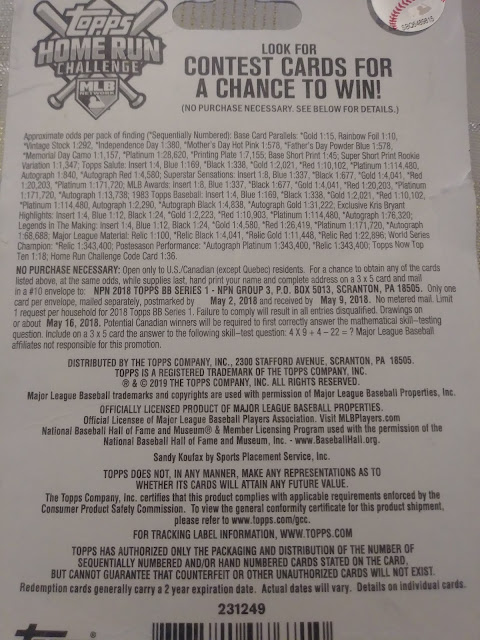 If you look closely, you will not only see the odds for Legends In The Making, but for the 1983 Tribute set.  Topps used last year's packaging!  No wonder it says "Topps Salute" at the top of the package's front.  Thumbs down for outdated info, Topps.

Anyway, here's what I got in one of the packs: 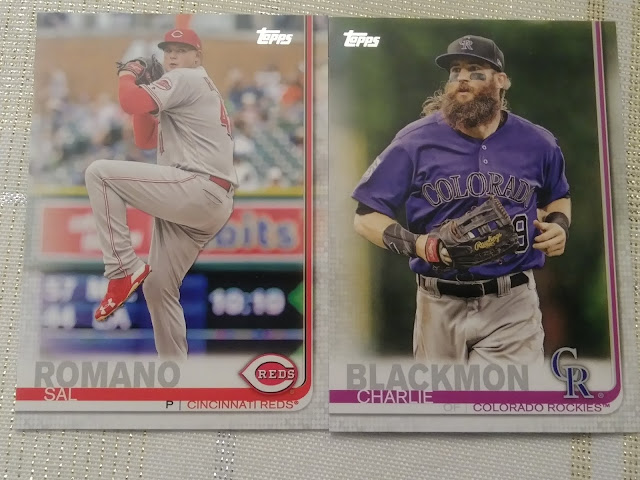 If you're wondering why I opted for the 3 pack for my foray into Series 1, it's because of the price (although the sweet Ichiro was a bonus).  As most of you have realized, Topps has upped the number of cards in packs.  For years, retail releases have had 12 cards in a pack and now it's 16.  It's also a buck more per pack; to me shelling out 3 bucks for a pack seems not as easy as 2 bucks.  It's like I can find pocket change for a pack if it was 2 bucks, but it seems more work for 3 bucks.  First world problems, I know.

Anyway, the 3 packs are selling for 8 bucks.  I ain't good with numbers, but 8 bucks for 3 packs saves me a dollar, plus you get a green parallel of unknown odds. 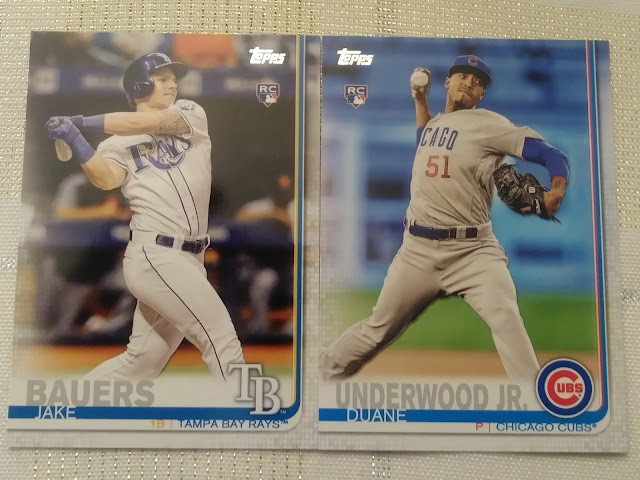 However, more than one blogger has commented on the collation this year; that it seems to be worse this year than past years.  I've seen it too, as I've purchased another 3 pack, as well as a couple of rack packs (foreshadowing), and I've got a not-so-impressive stack of doubles already.  Is it because there are more cards per pack, or less inserts, or neither one, collation sucks?  The collation issue is preventing me from picking up more 3 packs, and again, I'm not good with numbers so I don't know if I'm saving more in the long run (probably not). 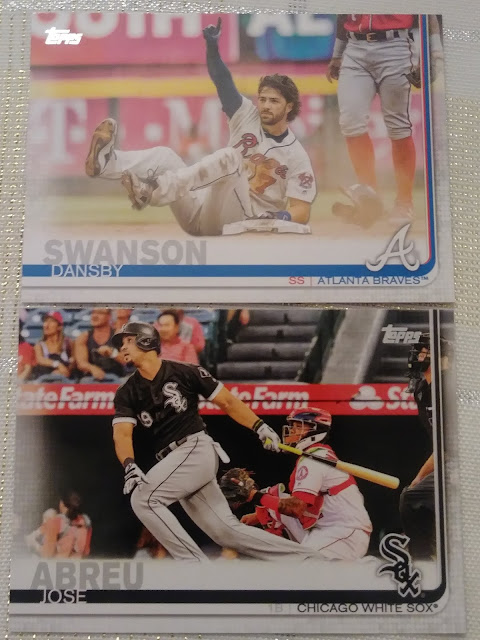 Bloggers generally are positive to this year's release, and I am too.  I like the return of borders and the return of full stats on the back.  Picture selection is noticeably better this year as well; some shots are Stadium Club worthy, and there is enough variety to balance out the pitchers pitching and the batters swinging (how about sprinkling in some old fashioned portrait shots going forward?). 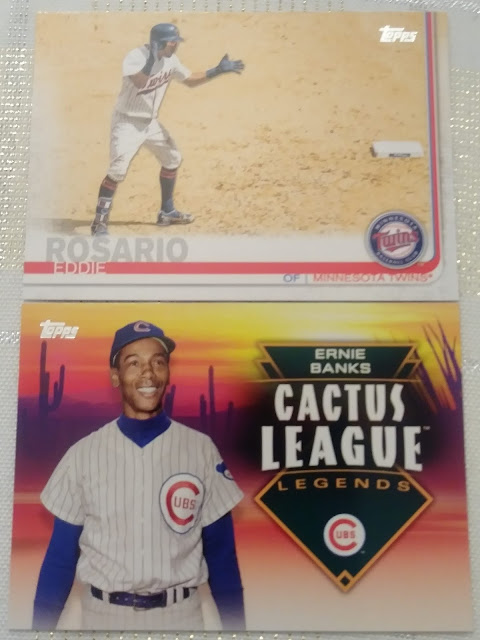 I apologize for the some of the pics I took with my camera; looks like the angle and the light in the room makes the card appear faded.  I know Eddie's on "Tatooine," but he's not stuck in a sandstorm, either.

Cactus League Legends is the first insert, seeded 1 in 4 packs. 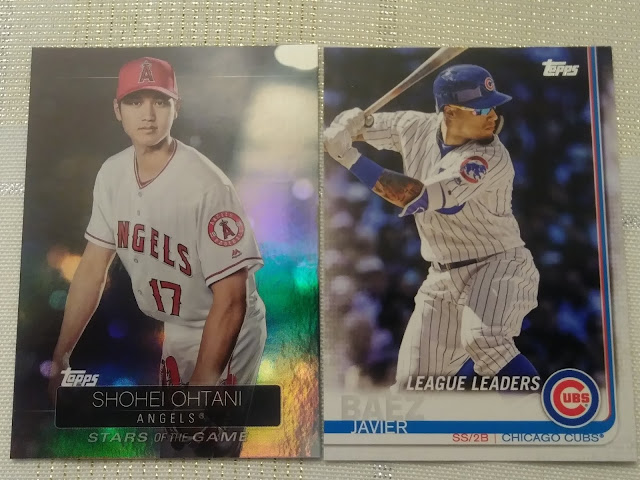 Folks have teased Topps for the shiny Stars of the Game insert and right they should.  SSB doesn't stand for Stars of the Game.  I didn't see the odds for the insert set on the back of the pack, but each pack in the two 3 packs I bought had one in them. 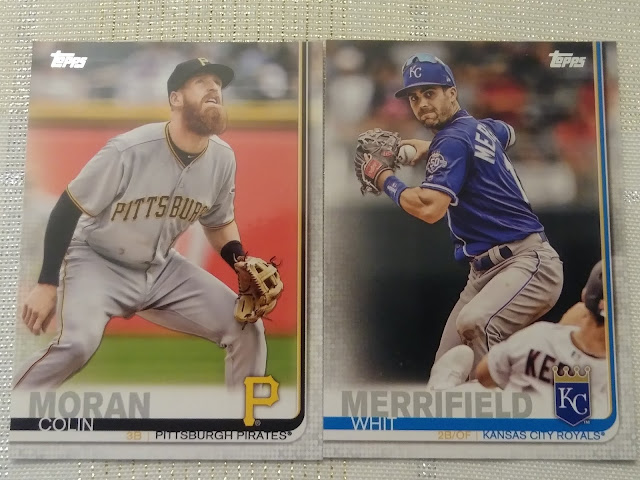 There's 350 cards in Series 1, along with parallels and short prints (duh).  Head here for the checklist. 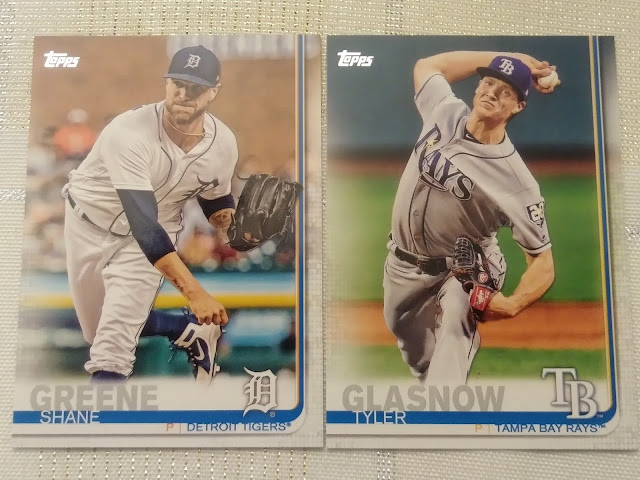 Bloggers have also commented on the last name being on top and much bigger than the first name.  I assume if they put the last name of the bottom it could run into the team name, however, I think baseball card buyers will know which team the player is representing based on just the team logo. 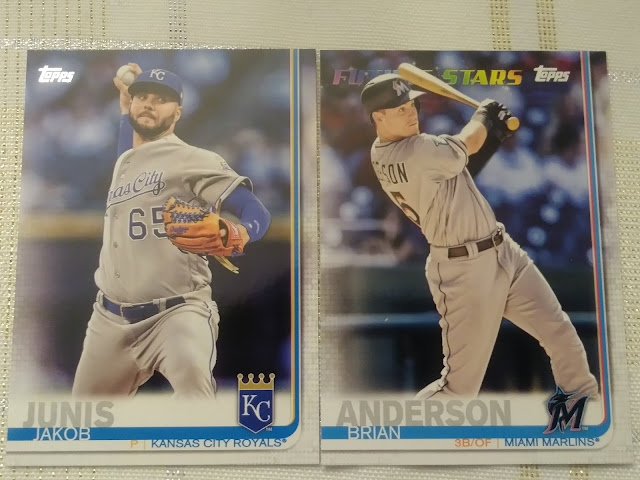 I do like the Future Stars logo and that Topps allows the picture selection to break the border.

Here are the backs because the return of full stats and smaller social media fonts: 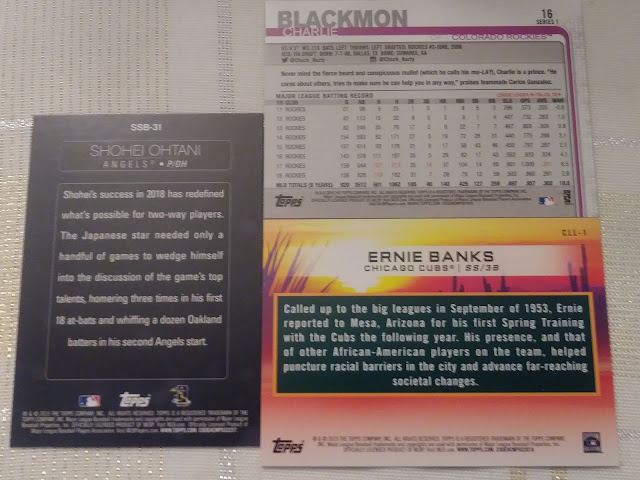 Anyway, that's the pack.  More later eventually.  Have a good weekend and thanks for reading!

Nice Ohtani. I like this year's set. Your packs seemed a little light on stars. A Trout here or Machado there may have made it a big more exciting.