Written by Jafronius at 2:58 PM
Greetings...

Hope everyone is doing well.  Still unemployed, but things are looking up.  Had an interview in Chicago last Thursday; was told they'd decide by this coming Tuesday, but I got the rejection e-mail Friday...must have bombed the interview.  Should have another interview set up for later this week.  Hopefully that will fare much better.

Mario Day is an annual celebration of the entire Super Mario franchise.  It takes place on March 10th each year, the reason being that this date, written as "Mar10", looks like Mario's name.  Although the holiday was not created nor declared by Nintendo, the day was unofficially celebrated by most Mario fans. Since 2016, Nintendo has officially embraced the holiday and started celebrating annually by promoting Mario games and holding Mario-themed events.

So Mario Day is like Star Wars Day.  Got it?  Good...here's a pack of Thinkgeek Super Mario Bros Collectible Coins! 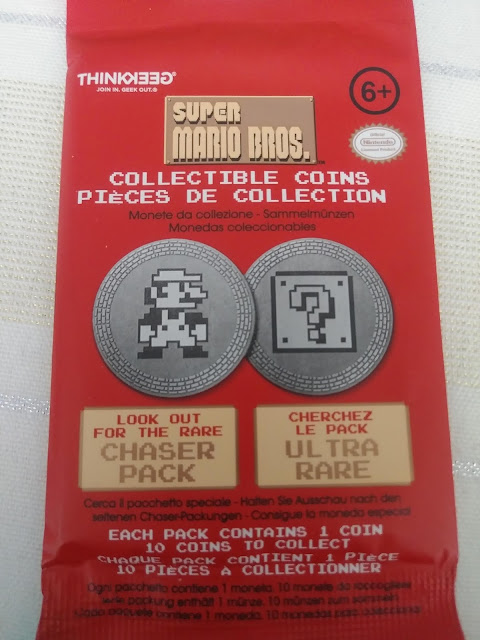 I was in a Gamestop after the Chicago interview and saw a bunch of these, as well as a similar pack (foreshadowing) on clearance.  I picked up one of each (foreshadowing) for the site, but the Mario coin gets a bump up on the list of packs to post because it's-a-Mario Day!

There's a coin and a booklet to display said coin in each pack.  There's also a larger book you can buy to put all the coins in...there were several of those on clearance as well, but since I had no plans on getting all the coins, I didn't buy one. 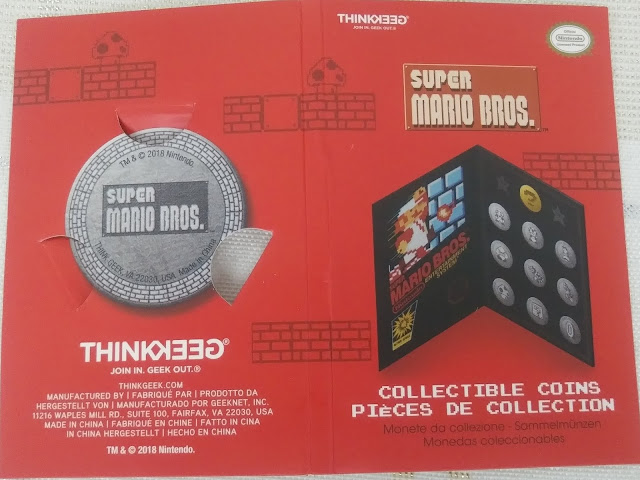 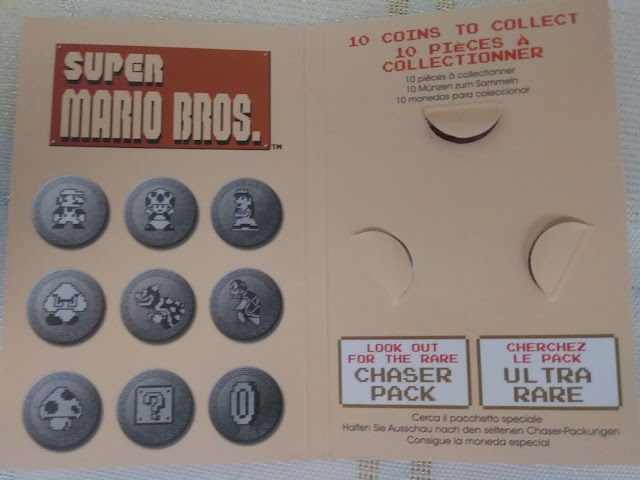 Here's the inside of the booklet.  You can see the 9 of the 10 coins to collect on the left, and the right is where you put your coin.  The rare 10th coin is a gold star.  Who did I get? 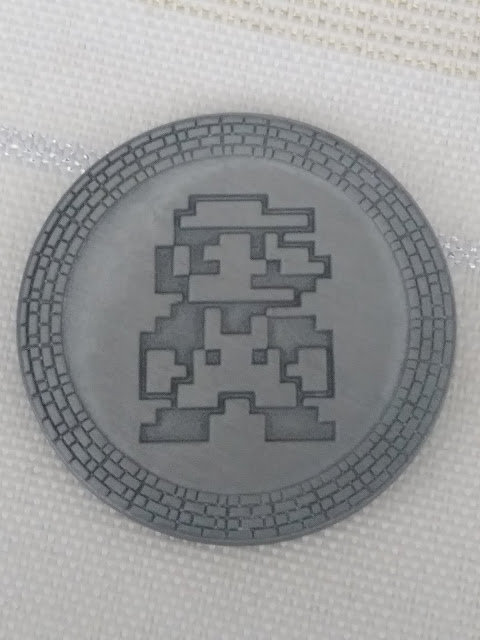 Wahoo!  It's the plumber himself (although there was a brief time when he wasn't)!  If my 1 pack purchase didn't have the rare coin, I might as well get the mascot. 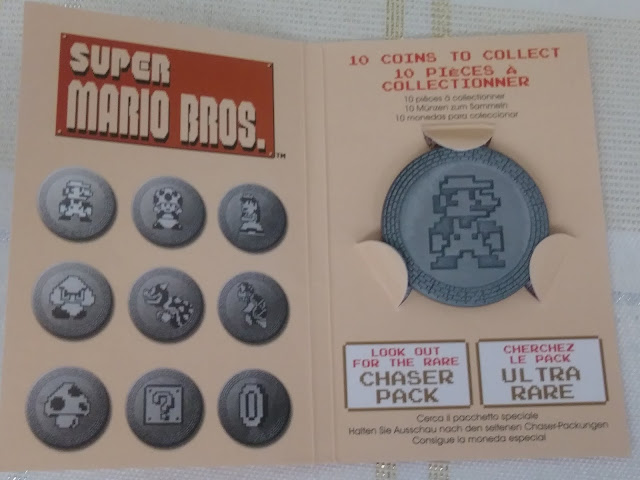 Here's the coin in the booklet for those who are curious.  The coin itself is a nice size and slightly heavier then I thought it would be.

Anyway, that's the pack.  Go stomp on a Goomba and save that Princess already...she's in another castle though...thanks for reading!

Thanks for the Mario lesson. My grandkids just happened to be playing various different Super Mario games today.

These are super cool! Thanks for sharing.

Good luck on your next interview!