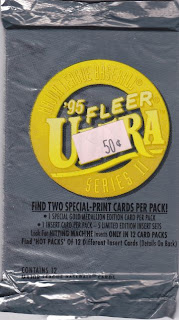 1995 was a landmark year. It was the last year before music jumped the proverbial shark (think The Spice Girls, Hanson, Aqua, The Macarena...) In 1995 I was dumped by the same girl for the second time. I also skipped school to go on a long road trip to follow a band and eventually decided that college was an extremely expensive waste of time (at the time.) One thing I did not do was watch baseball in 1995. This had almost as much to do with the above events as it did with the strike that happened the year before.
Here's a pack from that fateful year. I'll buy just about anything for 50 cents. 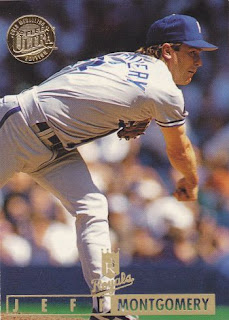 293 - Jeff Montgomery Gold Medallion Edition (These were probably one per pack.) 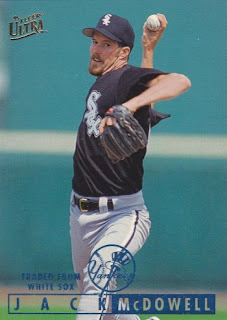 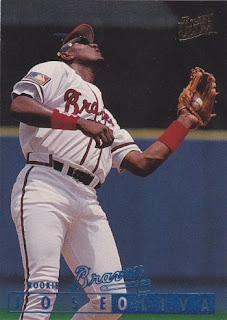 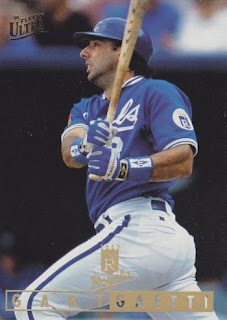 288 - Gary Gaetti (Lots of Royals in this pack. Does anyone remember Gaetti as anything but a Twin? I wouldn't, except that he played with the Cards after this.) 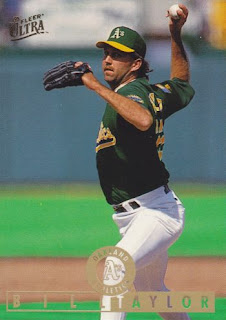 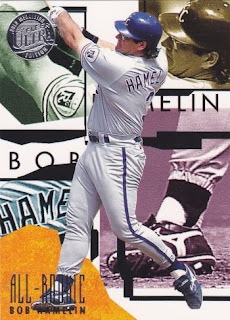 4 - Bob Hamelin All-Rookie Gold Medallion Edition (Hamelin followed in the footsteps of Kevin Seitzer before him and Angel Berroa after him.) 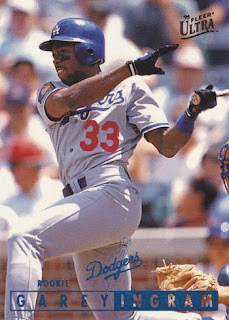 397 - Carey Garey Ingram (Apparently he was some sort of rookie. Who names their kid Garey?) 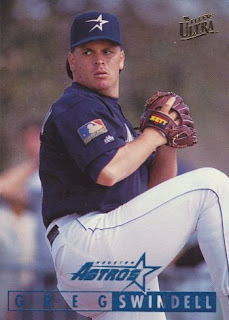 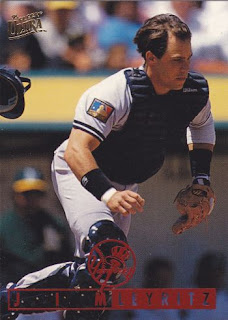 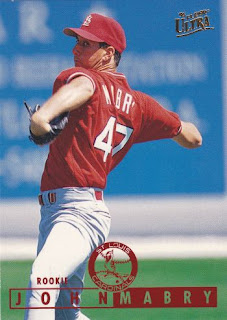 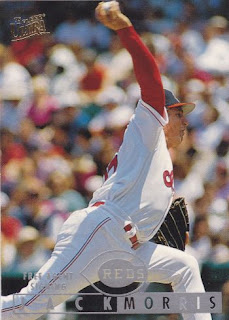 368 - Jack Morris (A pretty good pitcher in his day. This card says he signed with the Reds as a free agent, but he'd never pitch again in the majors after Cleveland. 254 career wins!) 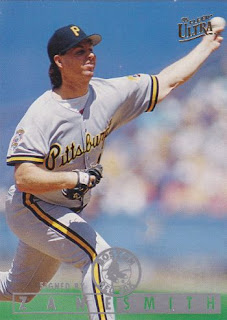 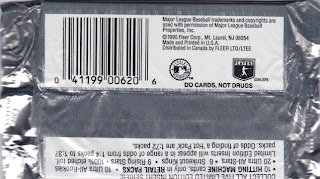 Just like dayf says, remember kids: Do Cards, Not Drugs!

What are the odds of pulling the Gary Ingram? rookies in this and the 95 Score from before....too bad he didn't make it big.

Jose looks like he is still trying to figure out where the ball is going, yet it is in his glove... Weird shot.