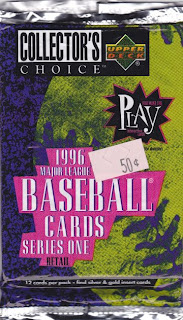 Collector's Choice seems like it was kind of like Upper Deck: Trapped in Time. The thin card stock, the white borders and on down to the backs of the cards look like they were some sort of natural progression from the 1992 Upper Deck base set, whereas 1993's base set took off on some sort of higher quality plane. As is usual, I have a hard time resisting any mid-'90s stuff with the price tag of 50 cents. Let's take a look. 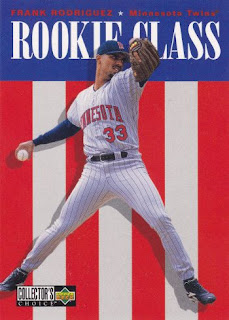 25 - Frank Rodriguez Rookie Class (Not to be confused with Francisco Rodriguez.) 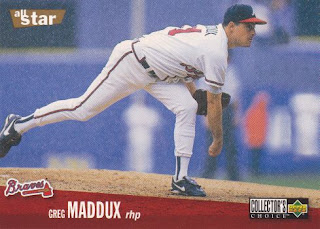 40 - Greg Maddux All-Star (I'm not sure if this was some sort of Topps-like subset for all-stars or if Maddux got a special label slapped on his regular card.) 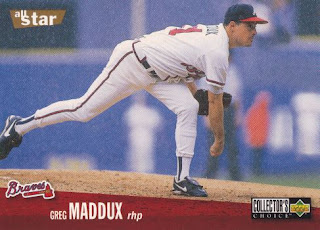 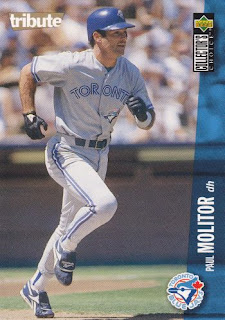 355 - Paul Molitor Tribute (It seems like this "tribute" would be reserved for the end of his career but he went on to play for a few more seasons.) 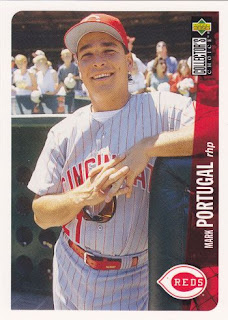 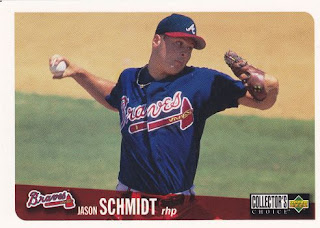 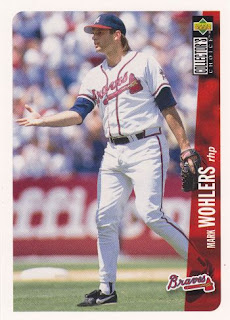 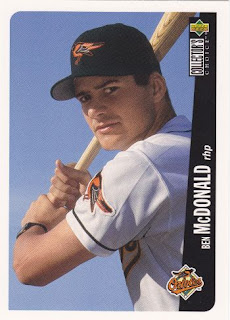 56 - Ben McDonald (Maybe Ben McDonald was unjustly labeled a bust. Through the 1995 season, as shown on the back of this card, he had a career 3.89 ERA with a 2:1 K:BB ratio and more wins than losses for a pretty lousy franchise. That's not saying that he was amazing by any stretch, but a pitcher like that can be pretty useful to most teams.)
- You Make the Play How To Play card (No idea.) 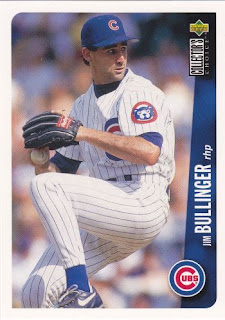 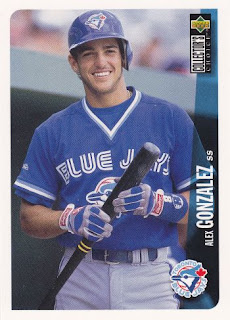 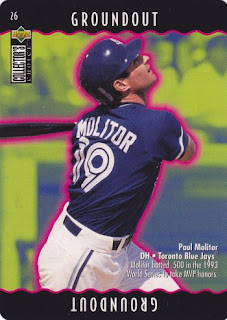 26 - Paul Molitor You Make the Play (These are one-per-pack inserted attempts to get you interested in some sort of playing card game.) 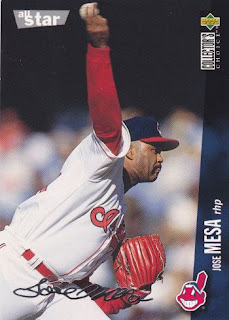 121 - Jose Mesa All-Star Silver Signature (These were also probably one per pack. I need to check to see if this is in the TribeCards collection.)

I always like Collector's Choice too...in fact, I'm still working on the 2nd series of the 1997 set...I must have bought about 8 bazillion packs of that stuff when it came out.