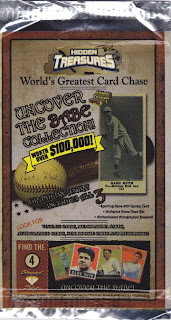 Better known as World's Biggest Scams or World's Biggest Crapfest, this pack from the good people at... actually, I have no idea (all that identifies this company on the wrapper is the website www.htcards.com)... anyway, this... thing... defines the previously unknown concept of a repack within a repack as this "pack" was found inside some sort of repack thing I bought once. For further details, look at the wrapper or go to the website or something. I don't want to think about it anymore because it gives me a headache. I decided this pack was from 2007 based on the contest details on the back of the wrapper. 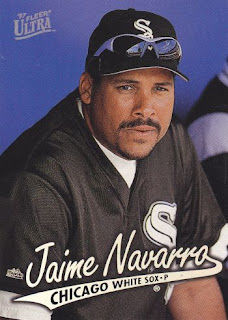 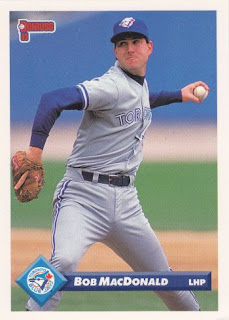 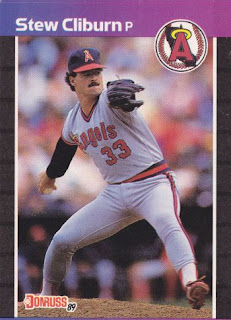 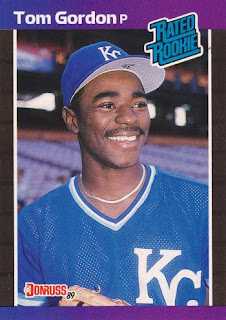 1989 Donruss - 45 - Tom Gordon Rated Rookie (I remember him being called Tom "Flash in the Pan" Gordon, but he ended up pitching about 20 years of fairly impressive baseball.) 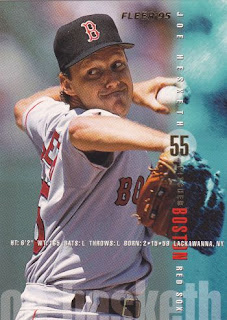 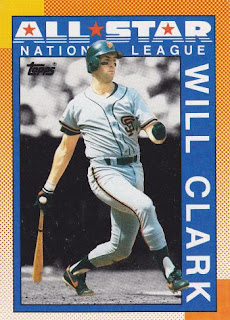 1990 Topps - 397 - Will Clark All-Star
And what was the best part about this pack? Every card has noticeable damage on it, and not the kind that anyone would consider passable for a factory printing defect. It's more along the lines of "we just pulled these cards out of some 10 year old kid's shoebox back in the '90s and wrapped them up just for you!")

Stew Cliburn is a great name (in a funny sort of way).

How do I contact these people. I have plenty of filler for their packs. All they have to do is pay for postage