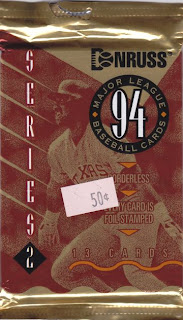 1994 Donruss: every card was borderless and foil stamped - quite a sign of the times. This also marks the first time Donruss went away from the standard horizontal card backs they established in 1982, where the stats from the last five seasons were displayed on the backs of every card. I especially liked how they would show the players current contract status, something you never saw anywhere else. 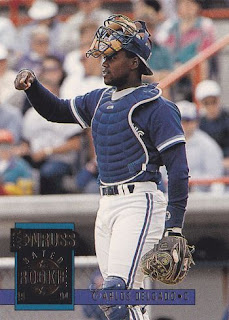 568 - Carlos Delgado Rated Rookie (Yes, long before Delgado was an injured Mets first baseman, he donned the tools of ignorance for some team in another country.) 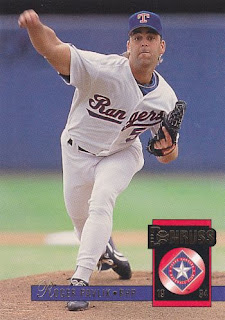 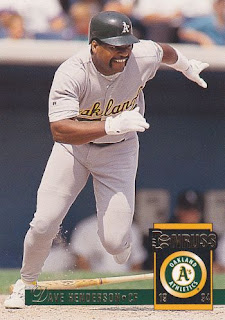 513 - Dave Henderson (I always liked Hendu. He was a max effort guy who had a fair amount of success in his career without getting a ton of accolades.) 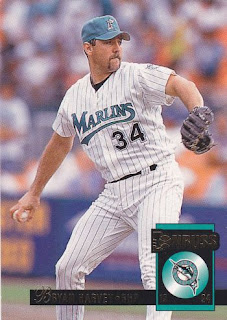 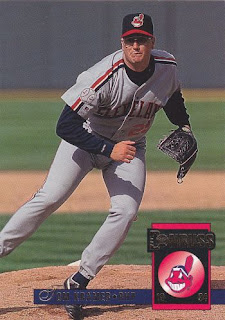 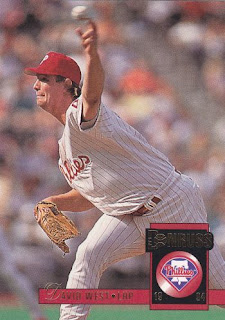 409 - David West (Donruss delivered some quality photography in this set.) 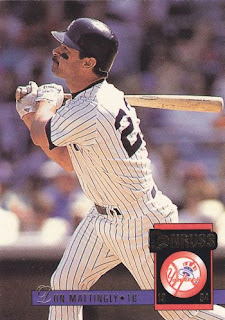 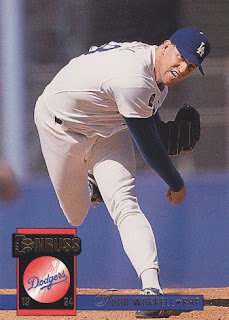 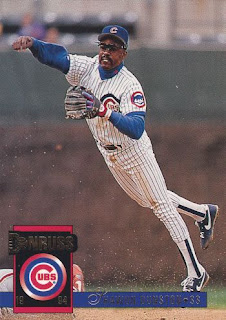 490 - Shawon Dunston (I remember Harry Caray and Steve Stone always talking up Dunston like he was the second coming of Ernie Banks.) 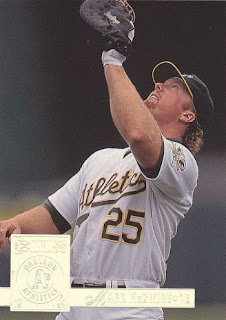 55 - Mark McGwire Special Edition (This might be a one-per-pack parallel, but then again maybe it isn't. Beckett's website is down once again, and I'm too lazy to do my own research at the moment. It has shiny stuff on it.) 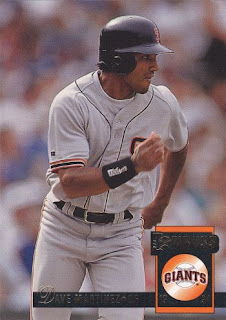 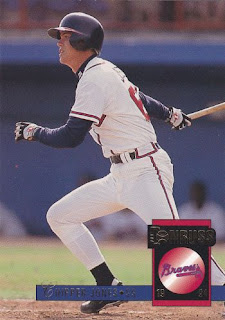 453 - Chipper Jones (Is this Chipper's last year or is he going to sign with the Red Sox eventually or something?) 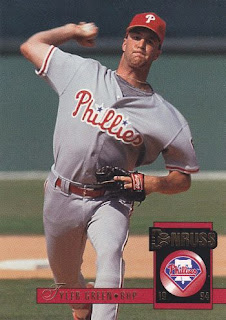