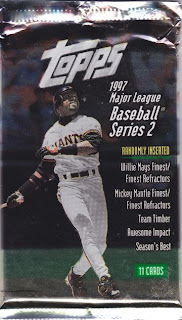 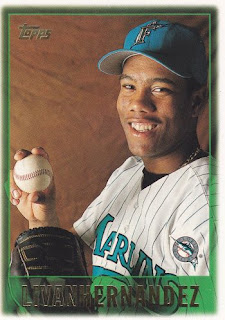 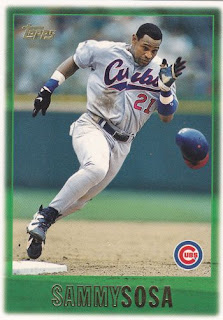 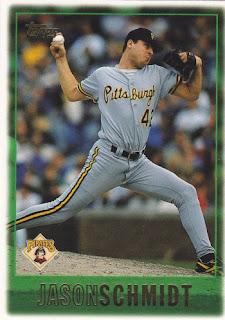 383 - Jason Schmidt (Some Pirates pitcher who these days makes an occasional cameo appearance in the Dodgers rotation every season or two.) 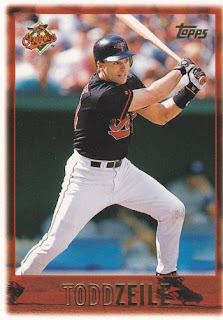 473 - Todd Zeile (Some guy who allegedly played for the Orioles at some point in his career. Who knew? I would have lost that trivia challenge.) 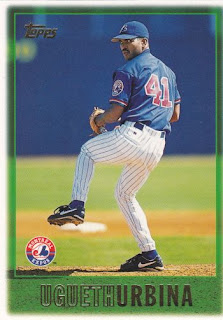 414 - Ugueth Urbina (Some guy who pitched 11 complete games in 17 starts in 1996 for the Expos. This "fact" is fabricated by Topps on the back of his card. He then went on to become a closer - true story - and then attacked people with gasoline and a machete. True story.) 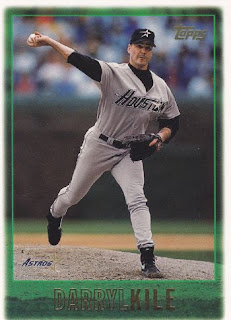 315 - Darryl Kile (Some guy who was one of my favorite non-Cardinals pitchers and then became a Cardinal. He died suddenly and tragically. I collect his cards.) 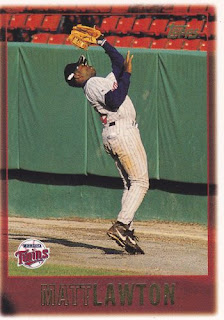 428 - Matt Lawton (Some guy who is waiting for a baseball that will never come down.) 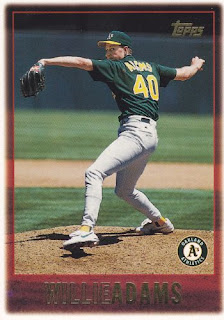 337 - Willie Adams (Some guy who had a moderately successful rookie campaign in 1996 that I'd never heard of until I opened this pack.) 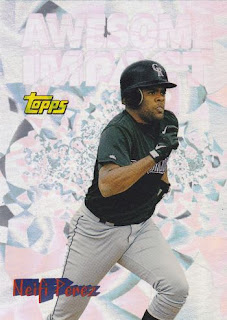 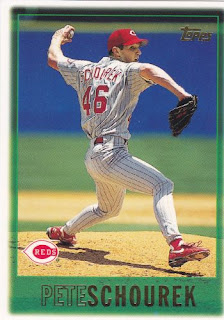 349 - Pete Schourek (Some guy who probably has to spell his name outloud to someone every day of his life.) 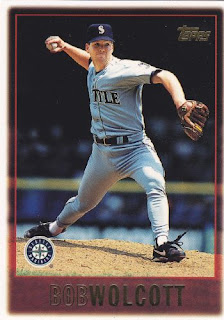 427 - Bob Wolcott (Some guy who was drafted in the 2nd round by the Mariners in 1992 but did not last in baseball beyond the '90s.)
1997. Somewhere between Frank Black's "The Cult of Ray" and the eponymous debut album from Frank Black and the Catholics.