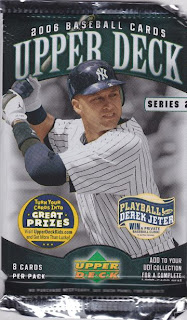 2006 Upper Deck makes a lot of promises. There's "GREAT PRIZES" and the prospect of playing ball with Derek Jeter. Also, there's mention of the 1000 card set, which became far larger with the subsequent release of an update set. There's tons of this stuff in repack boxes these days, which is likely where this pack came from. It also has no barcode on the back, which is a clear indicator that it was originally from a blaster. 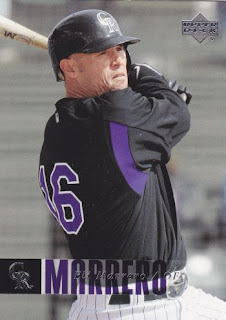 596 - Eli Marrero (I like the design of these cards. The small foil script name over the big block letters of the last name seems like a nice complement to the borderless design. I always liked Marrero, a backup catcher with the Cardinals who eventually developed some pop in his bat and became a bit of a utility guy.) 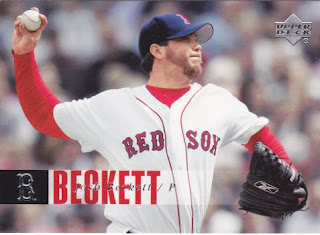 540 - Josh Beckett (Not my favorite guy. I've taken personal joy in the rather difficult season that Boston has had, though Beckett has certainly held up his end of the bargain.) 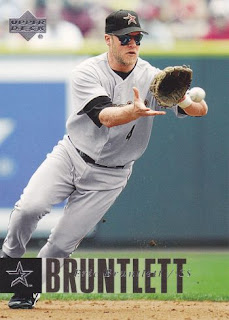 629 - Eric Bruntlett (It's the unassisted triple play guy. The thing that sticks out to me most about that play was that it was his own two errors that put the runners on in the first place.) 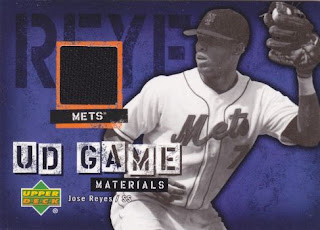 UD-JR - Jose Reyes UD Game Materials (Reyes has had, like most of his teammates, a rather unfortunate season. I seem to have a lot of success pulling relic cards from this set, even though I think every pack has been from some sort of repack thing. The back of the card does not specify what kind of material was utilitzed, however.) 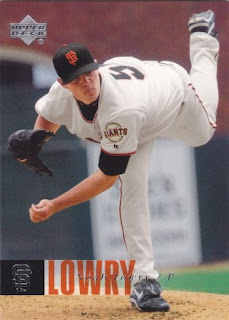 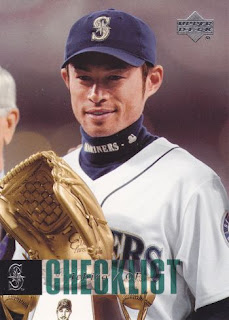 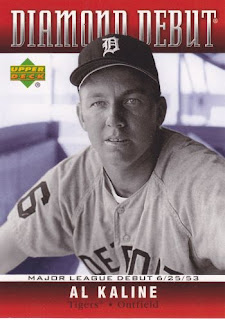 DD-81 - Al Kaline Diamond Debut (And a nice way to finish off the pack.)