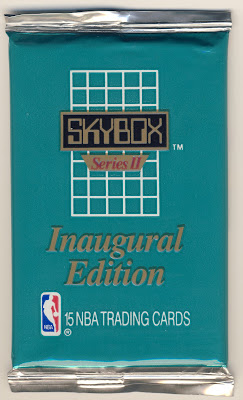 This pack was a freebie from Captain Canuck of the Waxaholic blog as part of a trade. I know I've opened a bunch of Series I but this may very well be my first pack of Series II...let's get rippin':

I won my first ever participation in fantasy sports and I have the X-man to thank. My 6th grade math teacher had the bright idea that if we all took part in a fantasy basketball league we could get lots of practice calculating averages and adding up things. We'll after consulting my Sporting News stats, I drafted Xavier [and his 21.3 points per game], Tom Chambers, and Scottie Pippen. The project was abandoned after about two months but for those two glorious months I was king! 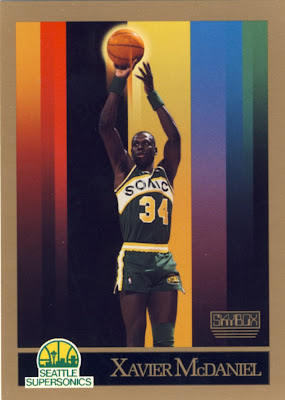 In this pack I got two logo/checklists and two coaches for the same team...interesting. 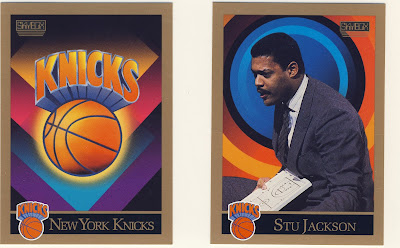 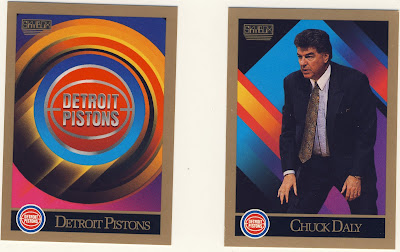 This is my favorite card of the pack and one of the best I've seen from this set. 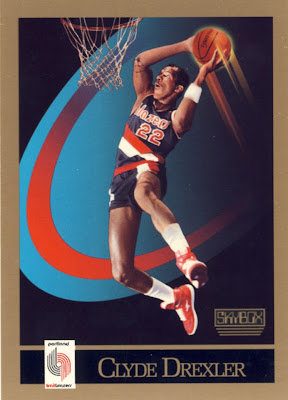 The one that jumps out at me here is the Bo Kimble rookie card. During his senior year of college he averaged 35.3 points per game but only ended up playing 109 games in the pros for the Clippers and Knicks. 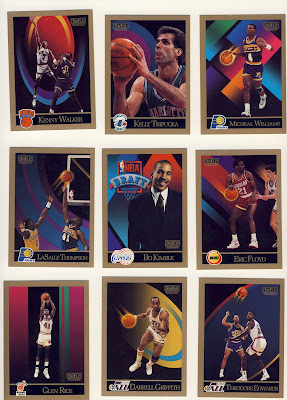 Bo Kimble watched his best friend and teammate Hank Gathers die on the court at a game at the University of Portland and he was never the same. He started shooting free throws left handed in tribute, but he had an injury plagued NBA career (and was further cursed by being drafted by the Clippers.)