Written by deal at 3:33 PM
This product is getting close to two years old, and with the popularity of the Heritage brand I was really surprised to see that no packs had been busted here at A Pack to be Named Later.

This is a hobby pack from a double box break I have featured over at Phungo. 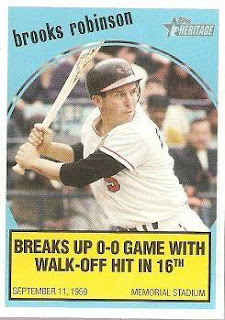 This was not the top card in the pack. For the 2 boxes I opened, in every pack the insert/sp/chrome/relic was the 7th card I think. There are 6 insert cards per box on average this card would fall into that category. 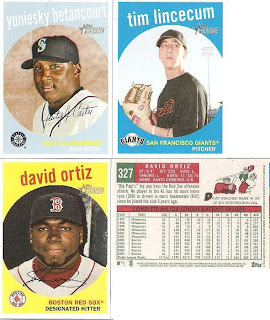 The top 3 cards have a some star power with Ortiz and Lincecum. 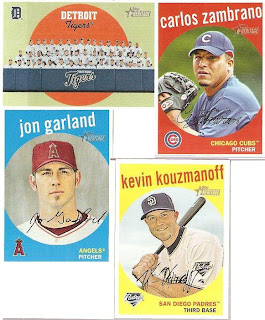 The second half of the pack features a Phungo house favorite in Kevin Kouzmanoff and a pretty good pitcher in Carlos Zambrano.


And for the sake of completeness here is the wrapper for this pack. 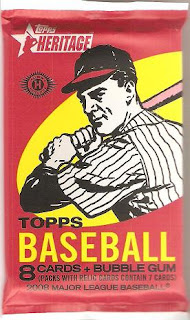 For a look at a Buy Back card that came within the case from which this pack was pulled please see the preceding post.