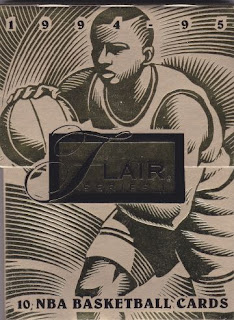 On we go with pack 6 of the 8-pack basketball repack I bought some time ago. I think I erroneously mentioned that last pack was pack number 4 when it was, in fact, number 5. I regret the error. These cards came in a box, though, which is something I've never dealt with before. Usually I'm quick to toss a pack wrapper in the trash, but I am having a hard time throwing this one away. 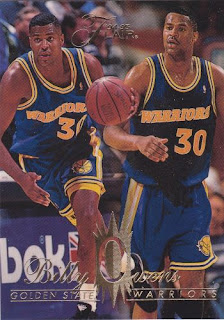 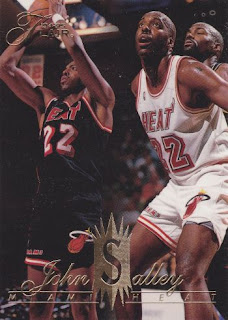 80 - John Salley (Salley was incredibly annoying as a TV personality. I sort of wonder what he's up to now, but I am not curious enough to look him up on Wikipedia.) 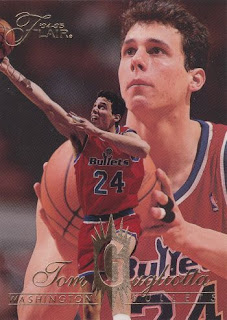 154 - Tom Gugliotta (Gugliotta was seemingly on his way to stardom after being a high draft choice in 1992, but he had "tall white guy" and "Washington Bullets" standing in his path.) 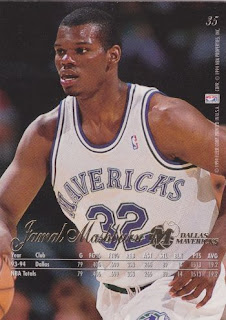 35 - Jamal Mashburn (Mashburn had a monster rookie season, but I feel like he fell a bit short of his promise. The backs of the cards are almost indistinguishable from the fronts. You only get one picture instead of two and there are stats there as well.) 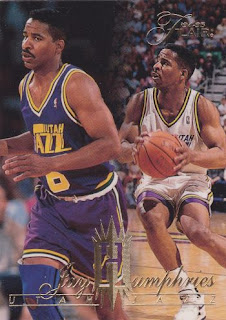 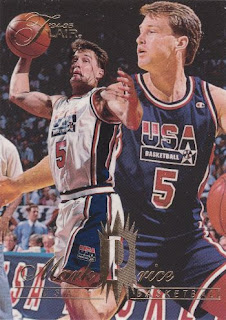 169 - Mark Price (Team USA was still riding high after the big Dream Team of 1992. I'm not sure how many Team USA cards were in this set or if they were harder to come by than regular NBA cards.) 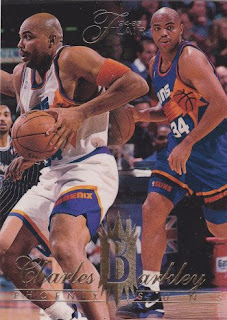 116 - Charles Barkley (Chuck is threatening to become better known for his TV persona than his actual playing career, which was pretty impressive.) 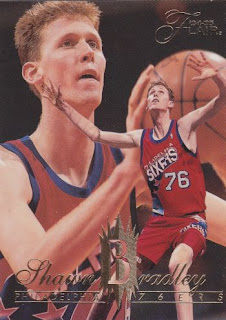 111 - Shawn Bradley (I was hearing on the radio tonight that there's a 16 year old high school girl out there who stands at 6'11" and is still growing.) 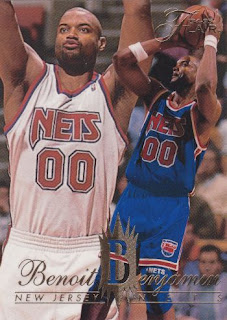 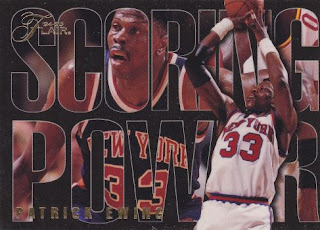 2 of 10 - Patrick Ewing Scoring Power (Pretty nice insert card here. I always liked Patrick Ewing for some reason. His game was pretty ugly, yet he was incredibly effective. I guess that's what I appreciated.)

Fleer Flair looks good to me no matter what you put on them. I don't think of myself as a big hoop fan, but I am shocked at how many of those guys I still know.

I don't know if he is better known, but I think one can safely say Sir Charles ia a "Bigger" personality as a commentator than player - about 150 lbs bigger.